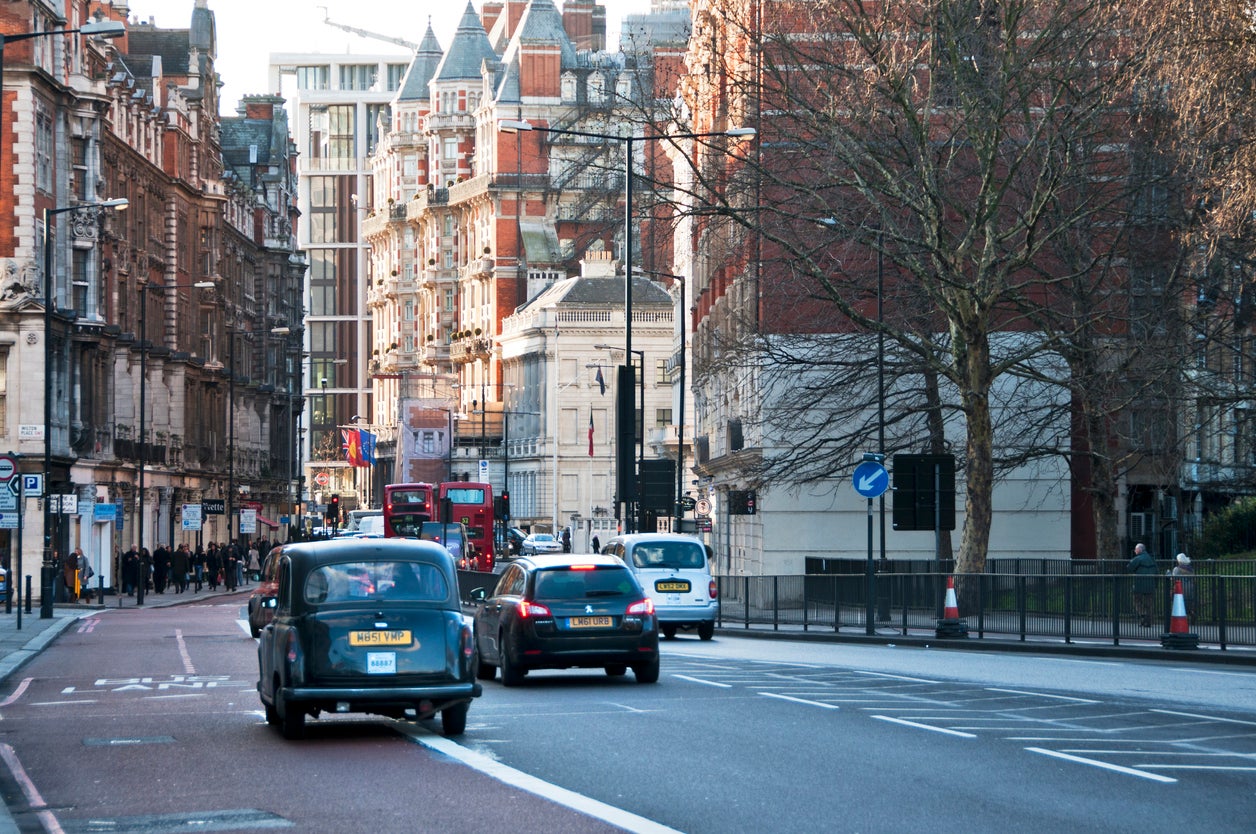 A council in west London is to “revisit” its controversial decision to remove a popular cycle lane on a busy London road.

Lanes were installed on Kensington High Street in October to help people move around during the pandemic, but were removed after just two months amid complaints from motorists.

The decision to scrap the lanes left a hole in the main safe east-west route through London for people travelling by bike, at a time when the government is urging people to stay off public transport.

But on Friday night the council said it would look again at the decision to remove the £320,000 lane and report back in March after reviewing the evidence.

The removal of the infrastructure had reportedly angered Boris Johnson, who has ordered councils to make their roads safe for people to get around by bike.

But research by a campaign group using traffic camera footage also found that the road space where the cycle paths once stood has since been blocked by parked cars 80 per cent of the time.

Average journey times on the road were also observed to have increased since the lane was removed, according to the analysis by Bike Is Best.

A freedom of information request by The Independent has also established that the council did not conduct an equalities impact assessment on the removal of the lane.

And while the council said it had conducted a separate risk assessment for removing the infrastructure, they refused to release it, stating: “It is our belief that the release of the information would likely prejudice our contractors’ commercial interest.”

The council said in a letter to The Independent: “Whilst we accept that there is a general public interest in the openness and transparency around the functioning of the council which includes the allocation and use of public money … it is also our opinion that it is essential that the commercial interests of our contractors are afforded a certain degree of protection.

“We believe their release could give other competitors insight into their operations/competitive advantage.”

Councillor Johnny Thalassites, the councils lead member for transport, said taking out the lane would “help get the High Street moving again and give our local economy the best possible chance of a good December”.

Some local business organisations had called for the tracks, which are physically protected from motor traffic to be removed. The council says it had recieved 200 letters opposing the lane, while around 4,000 people on bikes used it a day.

Mayor of London Sadiq Khan has suggested he could use his power to take control of the road for Transport for London and reinstall the lanes.

Kensington council’s leader said on Friday night that the review of the lane would take place without any input from Councillor Thalassites, “in the interest of fairness and balance.

“I have asked the Council to look again at the decision to remove temporary cycle lanes on Kensington High Street, and I will be seeking views and a decision from the entire Leadership Team,” said Elizabeth Campbell, leader of Kensington and Chelsea Council.

“It is important we consider the most up-to-date information and views we have available, and so officers have been asked to prepare an up-to-date report for us to consider at our meeting in March.

“I know the depth of feeling on both sides of this issue, so it is important we make the time to consider this further and understand how the Council can be a leader in all forms of active and sustainable travel.”

0 0 0 0
Previous : Covid cases in London are 1 in 30 as lockdown called ‘too lax’
Next : POTUS: What will happen to Trump’s other Twitter account?