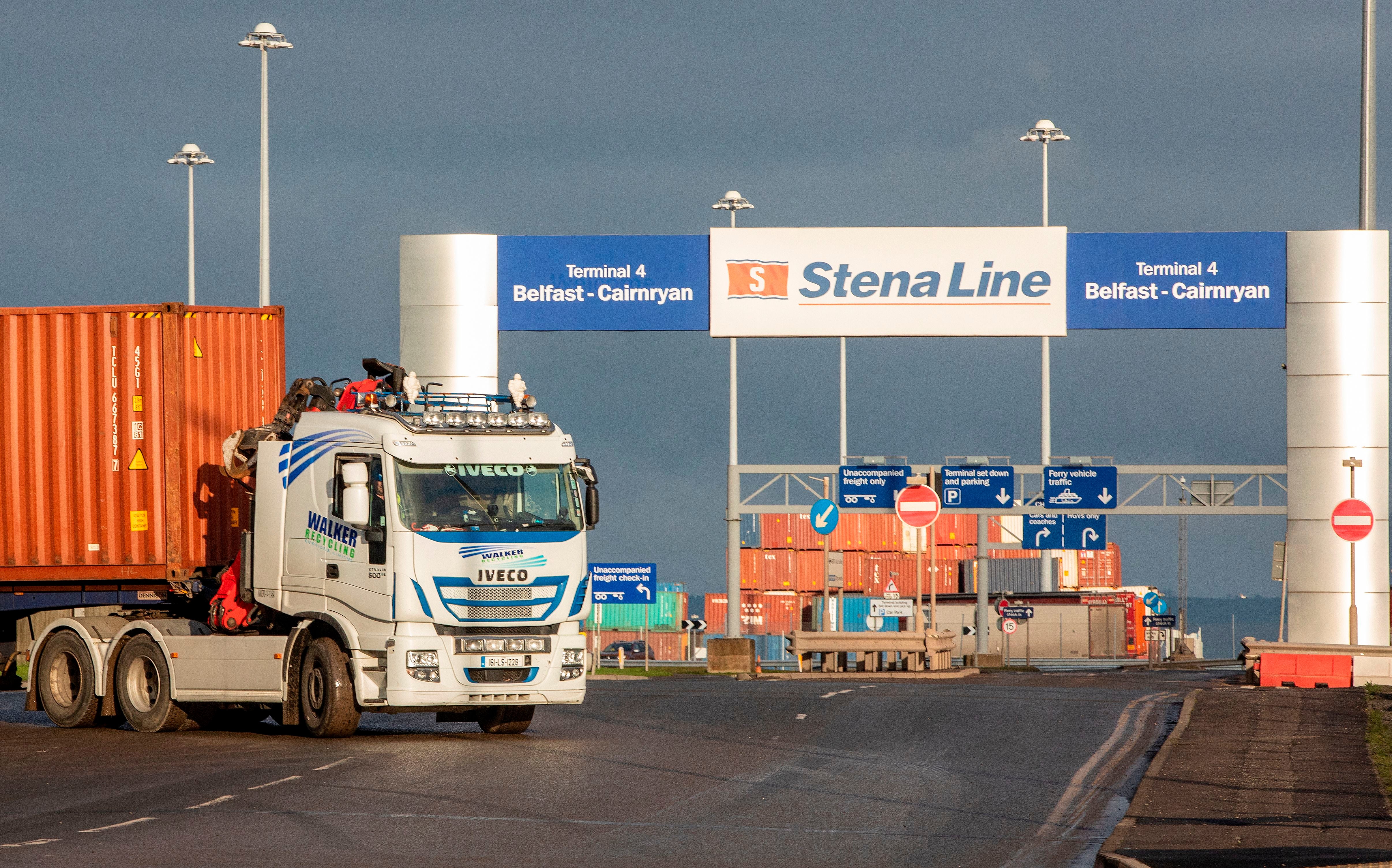 The Republic of Ireland has been forced to temporarily ease customs checks on shipments from Great Britain after hauliers warned Brexit red tape could cause shortages of some goods and leave gaps on supermarket shelves.

Businesses have also encountered severe problems shipping goods into Northern Ireland, despite repeated claims by UK government ministers including Boris Johnson that there would be no border down the Irish Sea.

Hauliers travelling to Northern Ireland have said they are being “overwhelmed” by paperwork with scores of lorries being turned away from ports because they haven’t completed the documentation correctly.

The Republic of Ireland’s Revenue department issued a damning statement on Thursday night accusing many British firms of simply not being ready for extra requirements they should have known about in advance.

Revenue announced late on Thursday night that it would temporarily ease some customs arrangements to help get goods flowing into the Republic of Ireland and begin to ease a backlog of lorries already building up in England and Wales just days after the end of the transition period.

Under the “temporary easement”, exporters can use an emergency movement reference number (MRN) to allow them to board ferries if they are unable to complete all the necessary paperwork.

The Irish Road Haulage Association (IRHA) blamed the problems on IT systems that are not working properly and had not been tested, meaning businesses have not had time to get used to the new process – an assertion that Revenue department strongly rejected.

Eugene Drennan, president of the IRHA, warned that the temporary relaxation amounted to a “sticking plaster on an open wound”.

“It won’t be enough,” Mr Drennan told The Independent.

“The UK and Irish systems are cumbersome and they aren’t talking to one another. They need to start talking. There are hundreds of trucks stuck in the UK.”

He called for a three-month derogation from EU customs checks to allow companies to adapt.

Road Haulage Association spokesman Paul Mummery said that lorries which would normally cross from Holyhead in Wales to Dublin and drop off goods north and south of the border are choosing to reroute through Scotland and cross to Northern Ireland instead to try to avoid delays.

Another problem is a shortage of vets to carry out required checks on food consignments, Mr Mummery said.

“We are anticipating that despite the easements for supermarkets in Northern Ireland, given the added levels of complexity and how long it is taking stuff to get through, a lot of GB firms may look at Ireland and think it’s just not worth their while. The impact of that for Ireland is gaps on supermarket shelves.”

Dozens of companies including Debenhams have stopped shipping goods from the Great Britain to Northern Ireland because rules of origin requirements mean that they face additional tariffs on goods that have been produced outside the EU.

Stena Line, one of the main ferry companies taking lorries across from Great Britain to Dublin has seen a 70 per cent drop in freight volumes leaving from Holyhead in Wales during the first week of this year.

“We are not having too many problems at the port, the issue is that a lot of lorries just aren’t making the journey here, they’re sat in depots,” said Simon Palmer, communications manager for Stena Line.

Another problem is that the customs system does not allow for a whole consignment to be declared under one number. Instead, declarations need to be made for each type of good that is being transported, creating a significant burden of administrative work.

The Irish government’s Revenue department pointed out that the additional red tape should not have come as a surprise.

“Revenue ICT systems are fully operational and stable and working as intended and thousands of customs declarations have been processed,” a spokesperson said.

“For businesses who have prepared and adapted their processes in line with the new requirements, in a timely manner, they have been able to move their goods to and from Great Britain with minimal delay.”

They added: “Revenue is aware that trucks have been denied boarding in Holyhead.  However, we expected challenges such as this to arise where trade and or business didn’t make the advance planning arrangements that we have strongly advocated over at least the last two years.

“We made it very clear in our engagements with industry that real, permanent and immediate changes would arise. This is the outworking of that warning.”

Revenue has said it will work with hauliers and exporters to get them up to speed on the rules they must comply with.

Seamus Leheny, policy manager at Logistics UK, said lorries heading to Northern Ireland had been detained for hours because of incorrect customs documentation.

Government ministers including Boris Johnson have repeatedly stated that there would be no border in the Irish Sea after Brexit, a claim made again by the Northern Ireland secretary Brandon Lewis, this week.

Mr Leheny had a “productive” meeting with Mr Lewis and Michael Gove on Thursday but warned that action was needed urgently to resolve the disruption.

“Implementing customs controls on 1 January would have been hard enough but bringing in SPS [food safety] controls as well is just too much,” Mr Leheny said.

“They are very onerous. That’s what’s causing problems when goods arrive in Northern Ireland. It’s very difficult times for the industry, there is a huge amount of admin to deal with.

“The message just hasn’t got through what they need to do.”

“The UK government spent three years denying that there was a challenge around creating a regulatory and customs border on the island of Ireland.

“They could have softened Brexit in order to solve this problem but instead they conceded at the last minute to a set of processes on the Irish Sea in order to allow GB to diverge from the EU.

“Now they’ve shifted from denying that they’re leaving the EU in a sharp way that would create a border on the island of Ireland to denying that a lot of those checks have had to go into the Irish Sea.

0 0 0 0
Previous : Brian Rose's Real Deal – Our Politicians Have Failed Us: The Effects Of A Long-term Lockdown
Next : Michael Gove warns of increased disruption at borders, as companies wrestle with Brexit red tape