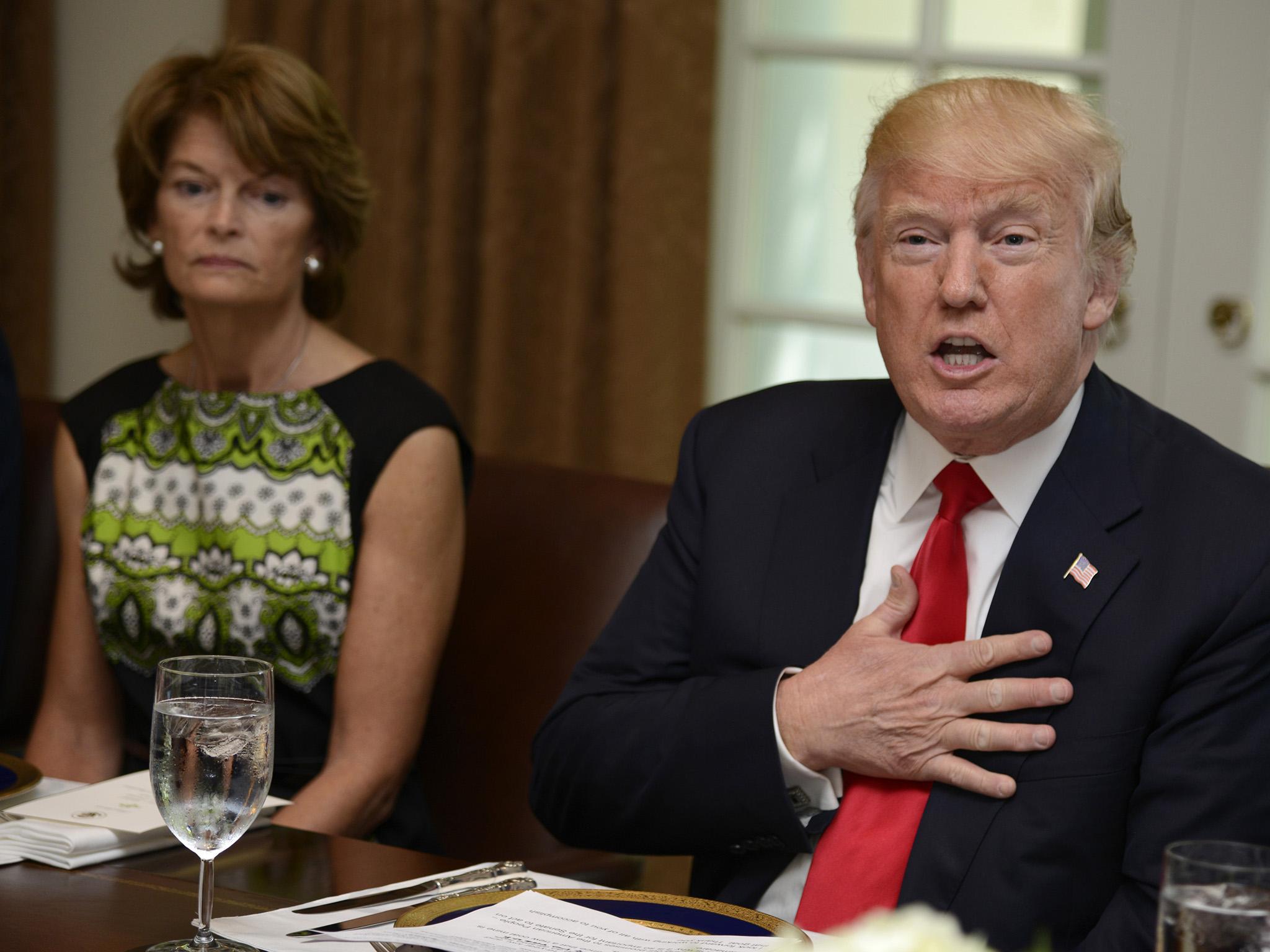 ‘I want him out’: GOP senator Lisa Murkowski of Alaska calls on Trump to resign

“I want him to resign. I want him out. He has caused enough damage,” she told the Anchorage Daily News.

Ms Murkowski spoke out two days after the storming of the legislative complex by pro-Trump rioters who were encouraged by the president to march on the building earlier on Wednesday.

“I think he should leave. He said he’s not going to show up. He’s not going to appear at the inauguration. He hasn’t been focused on what’s going on with Covid,” she told the outlet.

“He’s either been golfing or he’s been inside the Oval Office fuming and throwing every single person who has been loyal and faithful to him under the bus, starting with the vice president,” she said, echoing others who have called out the president’s treatment of Mike Pence.

Ms Murkowski acknowledged that Mr Trump is unlikely to resign.

She also said that if the Republican Party couldn’t separate itself from Mr Trump, she isn’t certain of her future with it.

“I will tell you, if the Republican Party has become nothing more than the party of Trump, I sincerely question whether this is the party for me.”

Ms Murkowski has always been one of the Republican members of Congress most willing to criticise and go against the president.

“He still told his supporters to fight. How are they supposed to take that? It’s an order from the president. And so that’s what they did. They came up and they fought and people were harmed, and injured and died,” she said.

In the past Mr Trump has promised to encourage a primary against Ms Murkowski when she is up for reelection in 2022.

0 0 0 0
Previous : Pub landlord tells village to ‘f*** off’ after being accused of Covid breach
Next : Wife of ‘perfectly healthy’ Miami doctor, 56, who died of a blood disorder 16 days after getting Pfizer Covid-19 vaccine is certain it was triggered by the jab, as drug giant investigates first death with a suspected link to shot – David Icke