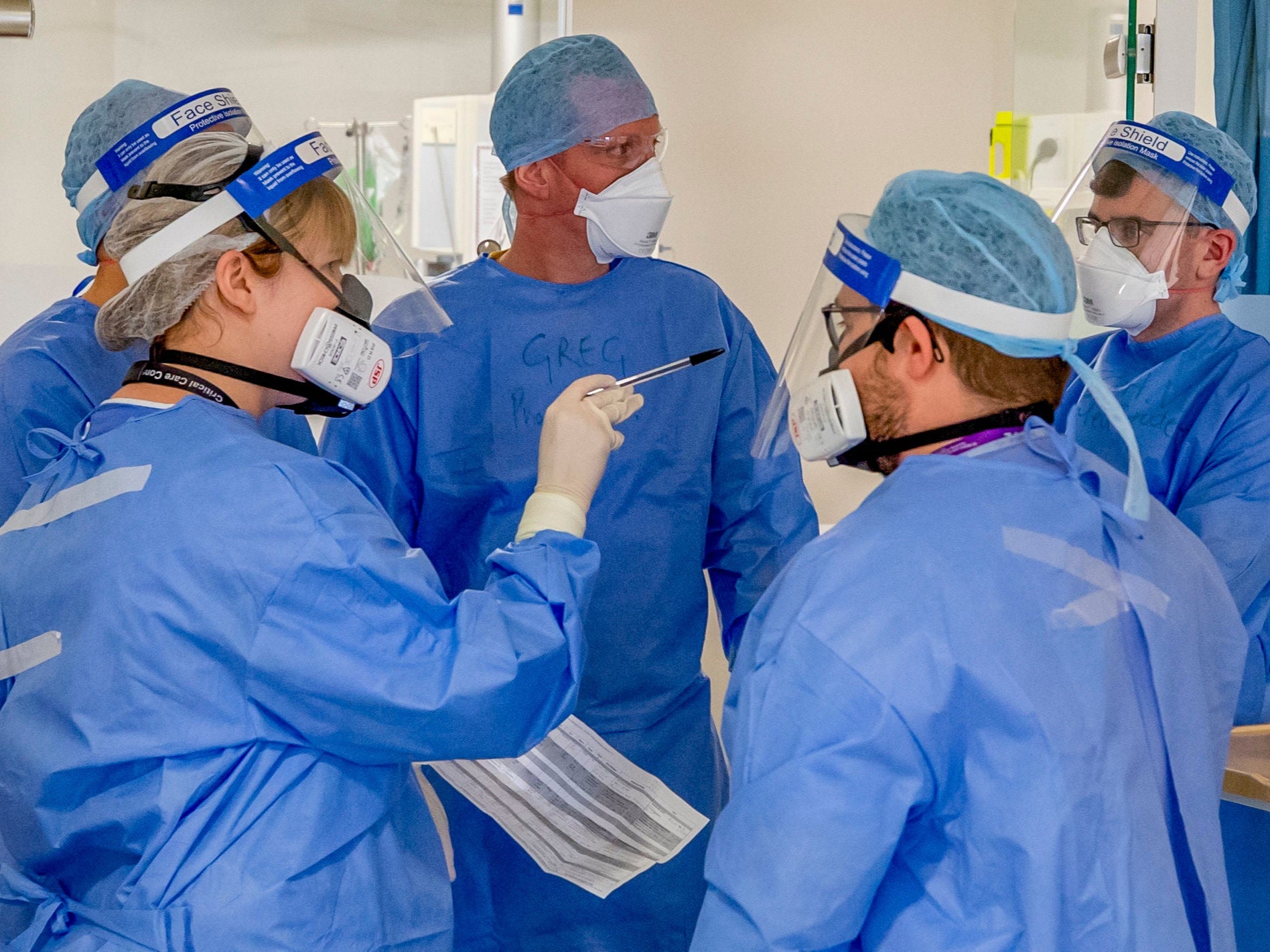 The boss of Britain’s biggest union has called for a pandemic “day of reckoning”, saying he’d been left “heartbroken” over thousands of needless deaths among his members.

Speaking days before he steps down, Unison general secretary Dave Prentis demanded a public inquiry into the government’s handling of the crisis,  sharply criticising the treatment of public sector workers during the pandemic and accusing ministers of failing to listen to their concerns.

“We knew this was coming. The government knew. Not to plan for it was absolutely immoral. People have to pay a price for that,” he said.

“We are putting together the evidence already. We have a huge volume of it. I know a high number of our members are bound up dealing the immediate problem and they won’t see the sense in doing it right away.

“But we are told it will be over in the Spring. I’m not sure that’ll be the case, but if it is then that is the time for a public inquiry.”

Mr Prentis was speaking as the union prepares to name his successor. He is stepping down after a 20-year career that saw him work on the merger of three separate unions to create the public service giant, which has a growing membership of more than 1.4m and covers workers in the health service, local government, education and beyond.

Despite the key role public sector workers have played in fighting the virus, Mr Prentis has yet to have a conversation with the prime minister.

“We set up a PPE (personal protective equipment) hotline and within an hour we’d had 3,000 emails. You would not believe what people were going through, the fears they had, the lack of equipment,” he said.

“There is no doubt that at the start the government was not set up to deal with it. It was seen as a problem in the Far East and little was done. They didn’t even have gowns people could wear. People have died because of it and we have the evidence.

“There was a happy times belief that everything would be OK. In the face of that our members just had to get on. They would not walk away. But at the same time, they expect their union to raise the issues now and to be calling for a public inquiry.”

Mr Prentis added: “We anonymised the emails we received from members and sent them into government. They didn’t get a reply.”

The union leader said he was open to the form a future investigation might taken but insisted that “it must be in public”.

“You can’t have an enormous catastrophe like this and it not be held in public. The families of people who died deserve a hearing.”

He said Unison would be also open to an independent inquiry – possibly along the lines of the Hillsborough Independent Panel that brought some closure to the victims of the 1989 football stadium disaster  – if the government refuses to play ball.

He pledged that Unison would publish its evidence.

Mr Prentis also railed against the government and organisations like the Centre for Policy Studies, that first called for the public sector pay freeze ultimately imposed on large swathes of its workforce.

“They talk about our members having more job security. They must mean the security of heaven,” he said.

Mr Prentis said he had an open mind when it comes to what to do next but said he would be interested in a role in the Labour Party. His union was the first to nominate Sir Keir Starmer as leader.

Unison will announce the results of its election on Monday.