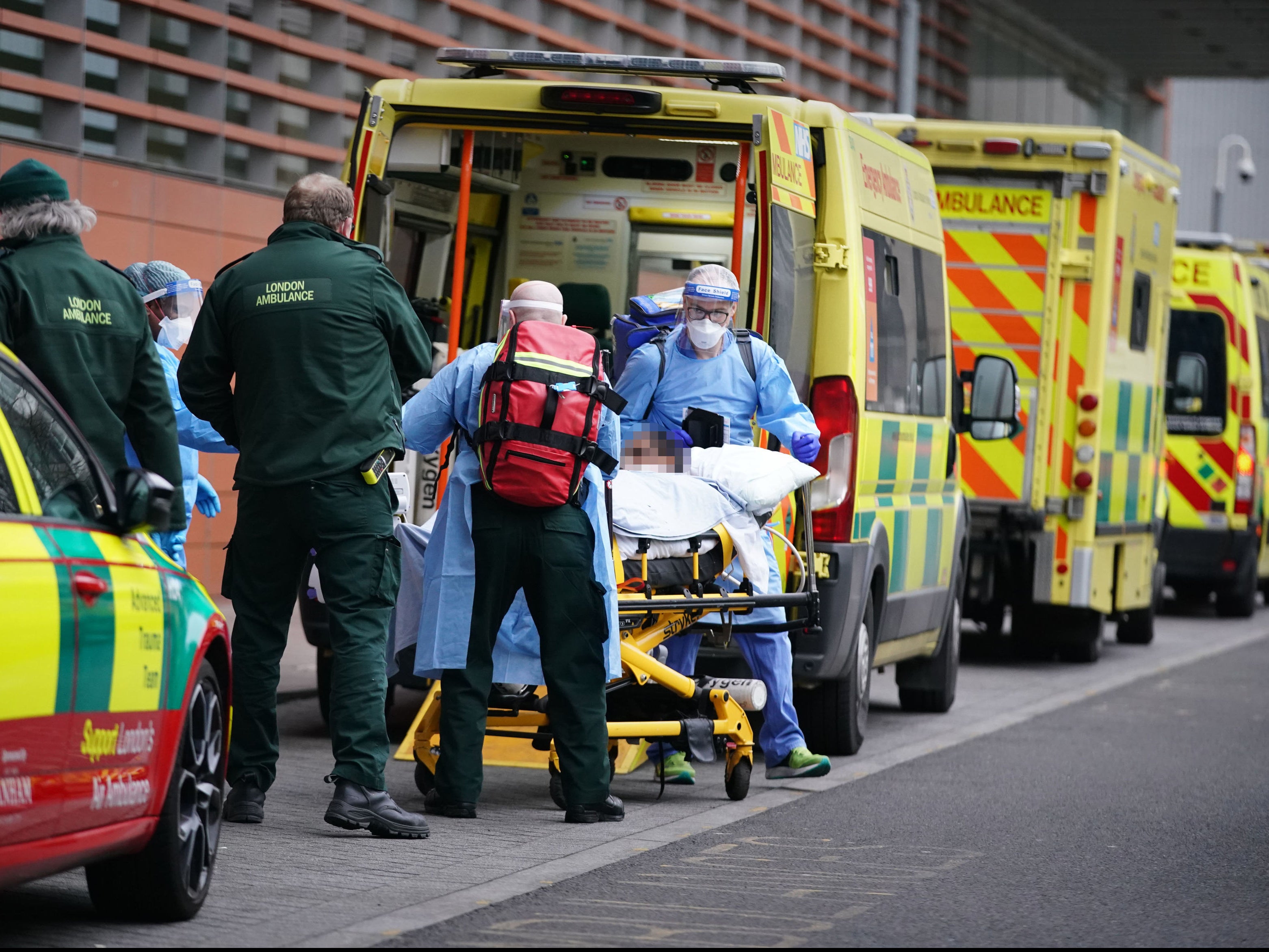 The UK reported a further 1,325 deaths from coronavirus, the highest daily figure since the start of the pandemic, as fears grew about the impact of rising cases on the NHS.

Senior government officials and scientists are concerned there could now be up to 150,000 infections daily across the country despite the imposition of a third national lockdown.

It suggests that the prevalence of the virus in the community is much more widespread than it was in the first wave and that the current restrictions may only result in a plateau or slow decline in the number of cases and deaths rather than the sharp drop seen in April.

While deaths are expected to begin falling in February, it means that restrictions may have to remain in place longer even with the rollout of the vaccination programme.

Labour leader Keir Starmer described the record death toll as a “tragedy” and added: “It was not bad luck and it was not inevitable. The government must do everything it can to vaccinate Britain.”

The number of daily positive tests also surged to a new record of 68,053, bringing the UK total up to 2,957,472, according to the Department of Health and Social Care, as it emerged that the new variant of Covid-19 could account for more than 60 per cent of cases.

Scientists have estimated the rate of transmission had increased across the country, with the R number now estimated to be between 1 and 1.4, and the government launched a major advertising campaign urging the public to “act like you’ve got it” and stay at home.

More than half of all major hospital trusts in England currently have more Covid-19 patients than at the peak of the first wave of the virus, with more than 29,200 Covid patients in hospitals across the country.

On Friday London mayor Sadiq Khan declared a major incident in the capital because hospitals are  “at risk of being overwhelmed”, with beds likely to run out within the next two weeks.

Warning that the virus was “out of control”, Mr Khan said that as many as one in 30 people now have Covid-19 in some parts of the capital.

Hospitals across London have been forced to open up extra beds in operating theatres and other wards with more than 7,000 Covid patients in beds across the capital. In some hospitals more than half of all beds are taken up by coronavirus patients.

Hundreds of cancer operations are being cancelled in the city and an urgent appeal has gone out for nurses and doctors across London to work at the Nightingale in east London’s Excel Centre, which will take recovering patients who are no longer testing positive for Covid.

Chris Whitty, England’s chief medical officer, tweeted: “The situation in the NHS is very serious and the number of people in intensive care is rising rapidly. We must all take the lockdown very seriously.”

The latest case and death figures contain some deaths that took place over the Christmas and new year period due to a lag in reporting recent data.

Separate figures kept by the UK’s statistics agencies show that there were 82,624 deaths with the coronavirus mentioned as a cause as of 18 December, which when added to more recent data suggests there have now been 95,000 deaths involving Covid-19. The government’s official death toll of 79,833 relates to those who died within 28 days of a positive test.

Shadow health secretary Jonathan Ashcroft, commenting on the record number of deaths, said: “Boris Johnson should have locked down sooner.”

Meanwhile a third vaccine, from US biotech firm Moderna, was approved for use in the UK by the Medicines and Healthcare products Regulatory Agency.

Nearly 1.3m people had been vaccinated by 3 January, according to official figures, following the approval of the Pfizer/BioNTech and Oxford/AstraZeneca jabs.