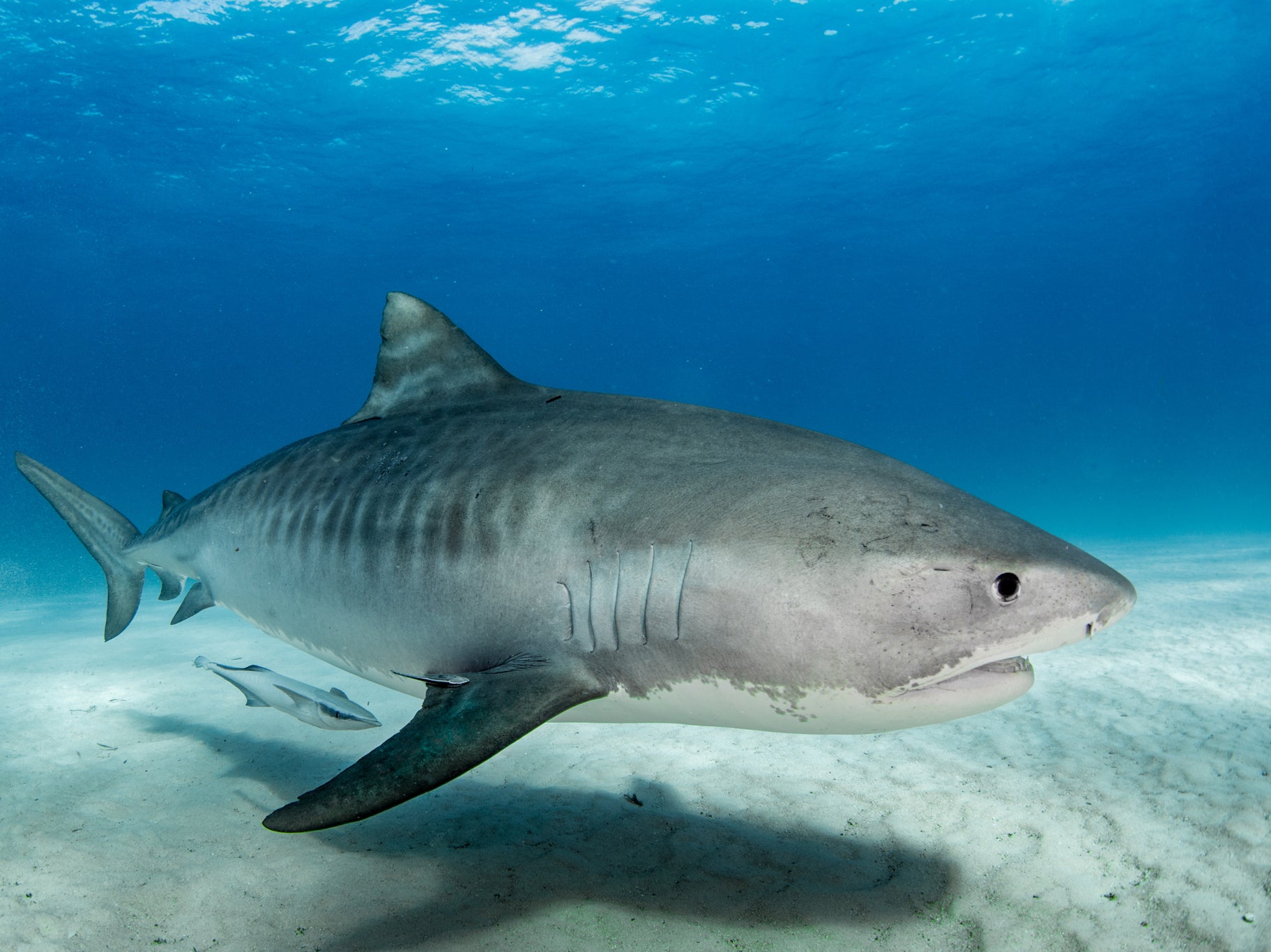 “Alarmingly high levels” of heavy metals have been found in sharks in the Bahamas, a new study has found.

Researchers said human activities over the last century had “rapidly accelerated” the influx of metals entering the marine environment.

They study found “alarmingly high levels” of a dozen heavy metals – including mercury – in large reef and tiger sharks throughout the Bahamas, where sharks live in a marine protected area.

Researchers from Beneath the Waves (BTW), a non-profit research institute, looked at muscle tissues of 36 sharks from six different species for the study, published in Scientific Reports.

They said while the impacts on shark health was unknown, the concentrations of metals found exceeded levels that were considered toxic for human consumption.

The study concluded: “Our findings suggest that sharks residing within relatively pristine ecological environments may possess high levels of potentially harmful metals, which may have public health implications if they are consumed by local human populations.”

Dr Austin Gallagher, research co-author, said the study was “another piece of evidence to steer people away from consuming sharks”.

Sharks are not commonly eaten by people in the Bahamas, the researchers said.

Dr Oliver Shipley, the study’s lead author, said: “Understanding how sharks are affected by humans is critical for ongoing conservation efforts of these ecologically and economically important species.”

The BTW research associate and postdoctoral researcher at the University of New Mexico said shark abundance was “relatively stable and healthy” in the Bahamas thanks to “effective long-term protection”.

“If levels are high in the Bahamas, imagine what they could be in other parts of the world where sustainability and environmental conservation are not a priority.”

0 0 0 0
Previous : The Human Rights Committee is calling for evidence on the impact of Covid lockdowns. The deadline is MONDAY. Please email them with evidence.
Next : WhatsApp new privacy terms: What do new rules really mean for you?