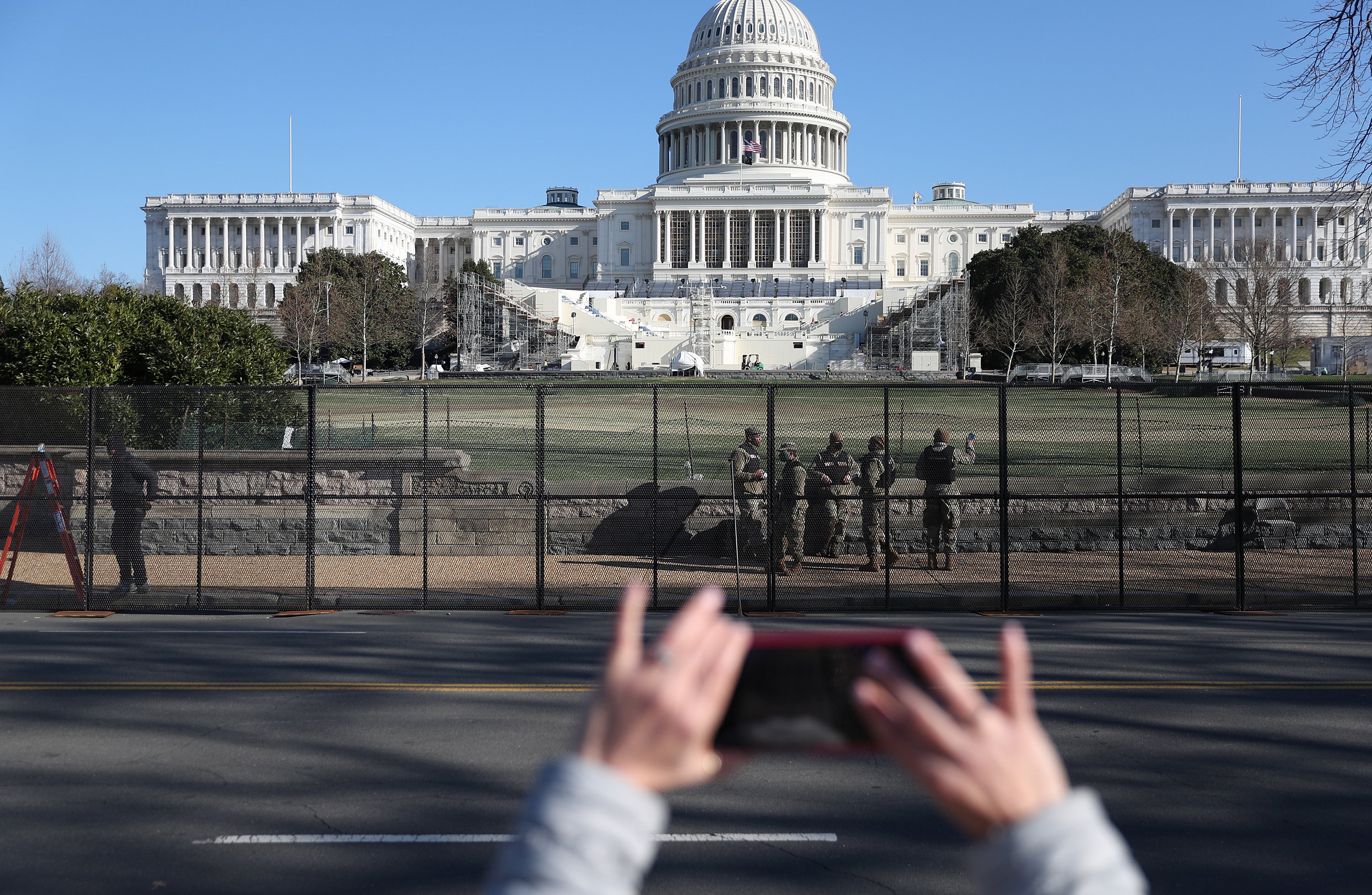 Joe Biden has branded the Trump rioters as “domestic terrorists” as the identities of the four people killed during the violence in Washington DC were revealed.

Metro City police confirmed that Benjamin Phillips, 50, of Schuylkill County, Pennsylvania, died of a medical emergency along with Kevin Greeson, 55, of Alabama and Rosanne Boylan, 34, of Georgia.

Air Force veteran Ashli Babbitt, 35, of San Diego, California, was shot and killed at the US Capitol building.

The attack at the heart of US democracy by far-right groups including the Proud Boys, who boasted of causing “absolute terror”, has received international condemnation, while former presidents Barack Obama and Bill Clinton have directly blamed Donald Trump’s incendiary and baseless claims of election fraud for the violent scenes.

Mr Trump was suspended from Twitter after he described protesters as “very special”, told them “we love you” and repeated his false assertions over the election in a video message meant to calm the situation. He has since been indefinitely banned from Facebook and Instagram.

Moments before Donald Trump-supporting rioters breached the US Capitol, a fundraising email from Senator Josh Hawley’s campaign was sent to supporters, following the Republican’s spurious objections to results from the 2020 presidential election that sought to legitimise the president’s false claims of a stolen election.

The Missouri Republican was the first among GOP senators to announce plans to object to electors in one of the states that certified results for president-elect Joe Biden’s victory.

Alex Woodward has the story.

These are some of the Trump rioters wanted by DC police

Here are some of the Trump rioters wanted by police in Washington DC on federal charges after the mayhem at the Capitol Building.

Authorities issued a 26-page dossier filled with pictures of dozens of the outgoing president’s supporters who took part in the violent scenes.

Washington DC’s Metro Police have released pictures of the Trump rioters wanted on federal charges after the storming of the Capitol Building.

Authorities issued a 26-page dossier filled with pictures of dozens of the outgoing president’s supporters who took part in the violent scenes.

It included the “QAnon Shaman” Jake Angeli who was pictured inside the Capitol shirtless and wearing a set of horns.

Facebook, Twitter and other social networks have been accused of having “blood on their hands” after the riots at the Capitol building.

As a group of Trump supporters made their way into the building – after a rally largely organised on social networks, and featuring supporters of a number of conspiracy theories that have grown up on the internet – technology executives and investors turned to the role that companies such as Facebook and Twitter had played in the violence.

Andrew Griffin has the details.

Rioters who stormed the US Capitol Building in support of Donald Trump’s baseless “rigged” election allegations, have since been identified by internet users.

The rioters included a West Virginia lawmaker, a man who was labelled the “QAnon Sharman”, and an Arkansas sexagenarian. It was not clear if they were among those arrested and later released by police.

Gino Spoccchia has the story.

The country’s largest flight attendant union has called for pro-Trump rioters to be barred from getting back on planes and flying home following the events that took place in Washington DC on Wednesday.

Sara Nelson, international president of the Association of Flight Attendants-CWA, condemned the “mob mentality behavior” displayed on multiple flights to Washington DC prior to the riots that took place at the US Capitol.

House Speaker Nancy Pelosi says she has demanded the resignation of the US Capitol Police chief after the Trump riots.

Ms Pelosi told a news conference that she wanted Steven Sund to quit following the violence that saw the president’s supporters breach the Capitol Building.

Ms Pelosi added that the police chief had not even called her since the violence unfolded on Wednesday.

The lawmaker said that she had already received the resignation of The Sergeant at Arms for the United States House of Representatives, Paul Irving, who is tasked with protecting the Capitol complex.

Jake Angeli: What we know about the ‘QAnon shaman’ who stormed the US Capitol

Republicans attempting to deflect responsibility for the US Capitol insurrection on Wednesday have advanced a conspiracy theory that antifa – not Trump supporters – were to blame for the incident, even sharing a photo of a strange looking man wearing furs and a horned helmet and alleging he was a paid actor at a Black Lives Matter rally.

The Republicans who have advanced that theory are incorrect.

Graig Graziosi has the story.

President-elect Joe Biden called the violent pro-Donald Trump mob that stormed the US Capitol “domestic terrorists” who carried out the “culmination” of the outgoing president’s four-year “attack” on democracy.

“I wish we could say we couldn’t see it coming. But that isn’t’ true. We could see it coming,” Mr Biden said at the start of an event in Wilmington, Delaware. The past four years we’ve had a president who’s made his contempt of our democracy, our Constitution, our rule of law clear in everything he has done. He unleashed an all-out assault on our institutions of democracy from the outset.”

Senate Minority Leader Chuck Schumer, the top Democrat in the US Senate, has called for Donald Trump’s immediate removal from office through the vice president’s invocation of the 25th amendment in the wake of Trump supporters’ violent insurrection attempt inside the Capitol.

Should he refuse, “Congress should reconvene to impeach the president,” he said in a statement.