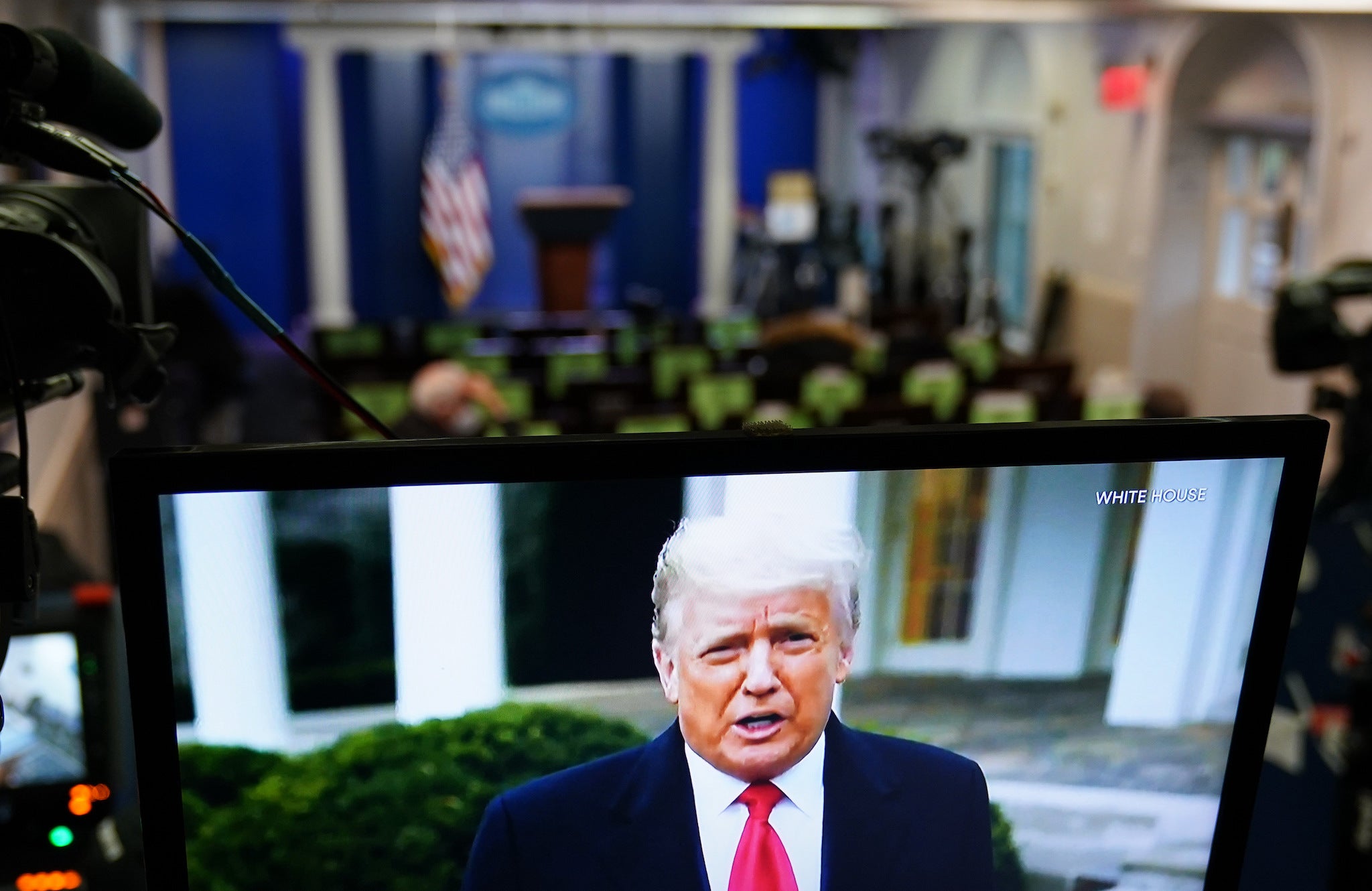 Twitter has locked Donald Trump’s account for 12 hours and says it will ban him if he breaks its rules again, while Facebook blocked his ability to post on the platform for the next 24 hours.

The decisions marks a major departure for the companies, which have until now have given the president special protections that stop him being punished for breaking their rules.

Facebook sent an internal memo to staff announcing Mr Trump’s latest video was removed, while a company spokesperson confirmed to The New York Times that he has been blocked from the platform.

“We’ve assessed two policy violations against President Trump’s Page which will result in a 24-hour feature block, meaning he will lose the ability to post on the platform during that time.”

Twitter, meanwhile, suggested its exemptions are no longer in effect and that one more post that breaks Twitter’s rules could leave Mr Trump suspended entirely.

The change of policy came after a series of tweets in which Mr Trump appeared to endorse the rioters who stormed the Capitol Building in support of the president.

In the posts, Mr Trump asked those involved to go home but called them “very special” and said “we love you”. He also repeated his false claim that he won the election.

Now the company says that the president’s account will be locked and it could be suspended entirely if he continues to break the rules.

A suspension would mean that not only would Mr Trump be unable to share new posts, his old tweets would likely no longer be visible too.

“As a result of the unprecedented and ongoing violent situation in Washington, D.C., we have required the removal of three @realDonaldTrump Tweets that were posted earlier today for repeated and severe violations of our Civic Integrity policy,” Twitter wrote in a series of posts on its ‘Safety’ account.

“This means that the account of @realDonaldTrump will be locked for 12 hours following the removal of these Tweets. If the Tweets are not removed, the account will remain locked.

“Future violations of the Twitter Rules, including our Civic Integrity or Violent Threats policies, will result in permanent suspension of the @realDonaldTrump account.”

Mr Trump has repeatedly broken Twitter’s rules, with apparent violations rapidly increasing in the weeks just before and weeks since the election. But the company has long maintained that Mr Trump’s status as a newsworthy person and elected official mean that the posts should not be removed or hidden in the same way.

Instead, Twitter has looked to limit any potential danger from Mr Trump’s posts by applying an exclamation mark to them, alongside labels that explain any false claims. Almost every one of Mr Trump’s posts over the last day has received such a label.