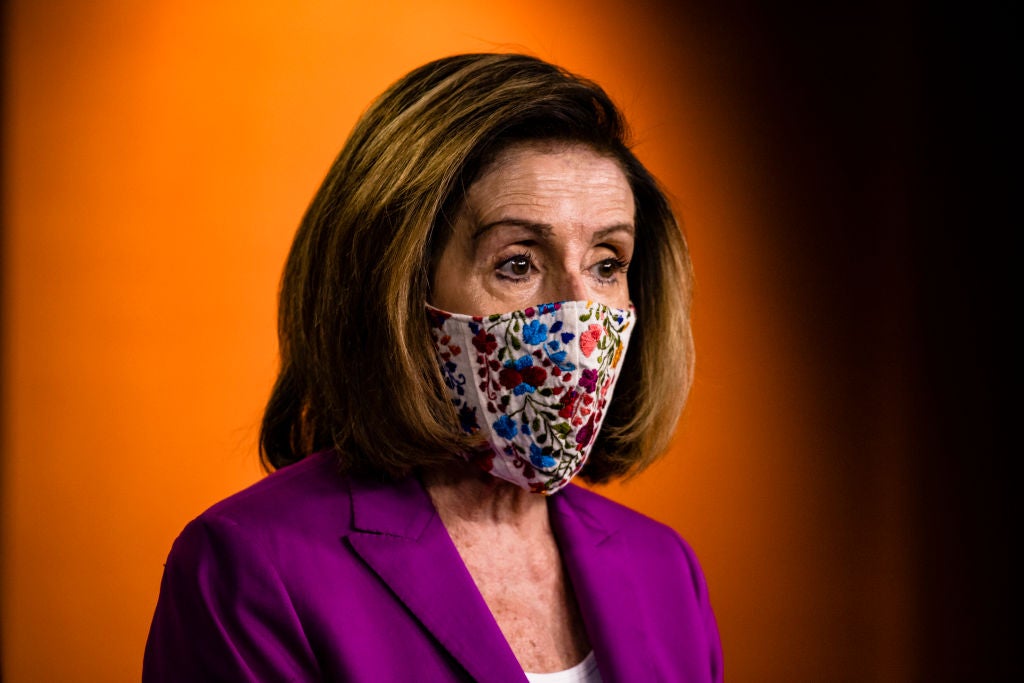 Nancy Pelosi has called for the resignation of the US Capitol Police chief following the “failure of leadership” that allowed Congress to be breached by rioters.

Ms Pelosi commended the valour of the officers on the ground but that the failures went far beyond the Capitol police chief Steven Sund, to the Federal Bureau of Investigations and the Department of Defiance.

“There was a failure of leadership at the top of the Capitol Police. Mr Sund hasn’t even called us since this happened,” Ms Pelosi said.

She announced that the House Sergeant at Arms, Paul D Irving, has already submitted his resignation.

Mr Sund released a written statement on Thursday morning in his first comments addressing the failure of Capitol Police to stop rioters entering the building.

He said they had a “robust plan” to address peaceful First Amendment protests, but what they encountered was criminal riotous behaviour.

“The violent attack on the U.S. Capitol was unlike any I have ever experienced in my 30 years in law enforcement here in Washington, DC,” he said.

“Make no mistake – these mass riots were not First Amendment activities; they were criminal riotous behavior.  The actions of the USCP officers were heroic given the situation they faced,” he added.

Ms Pelosi said that every day at the Capitol should be deemed a national security event to avoid law enforcement being caught unprepared again.

“It goes beyond the Capitol police, it goes to the FBI, what was the shortcoming in their intelligence that they provided, it goes to the Department of Defence, how long did it take for them to respond or anticipate the need for the National Guard,” she said.

“Many of our Capitol police acted so bravely and with such concern for the staff and the members, for the Capitol of the United States, and they deserve our gratitude,” she added.

Mr Sund said Capitol Police is conducting its own review after rioters used metal pipes, chemical irritants and other weapons against officers as they forced their way toward the House Chamber, where members of Congress were sheltering in place.

He said assistance was provided by more than 18 local, state, and federal law enforcement agencies and the National Guard, with 50 Capitol Police and DC Metro police injured during the attack.

“The actions of the USCP officers were heroic given the situation they faced, and I continue to have tremendous respect in the professionalism and dedication of the women and men of the United States Capitol Police,” Mr Sund said.

Mitch McConnell said bipartisan discussions have already begun about investigating the massive failure of institutions, protocols, and planning that are supposed to protect the first branch of our federal government.

“The ultimate blame for yesterday lies with the unhinged criminals who broke down doors, trampled our nation’s flag, fought with law enforcement, and tried to disrupt our democracy, and with those who incited them,” Mr McConnell said.

“But this fact does not and will not preclude our addressing the shocking failures in the Capitol’s security posture and protocols.”