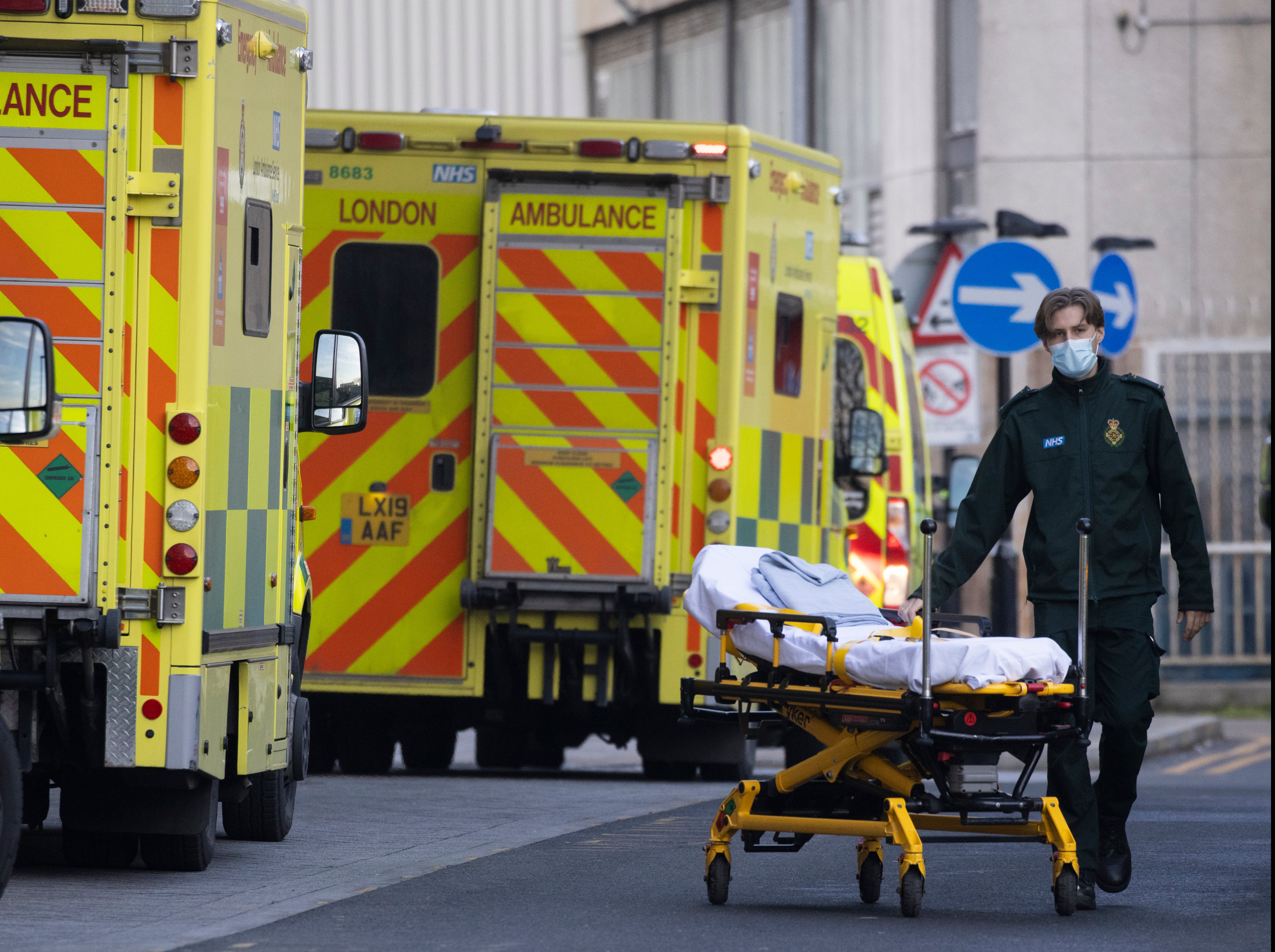 The UK has recorded another 1,162 deaths from coronavirus – the second-highest daily increase in the government’s figures.

For the second time this week, Britain has seen an increase of more than a thousand in the number of those who have died after contracting the virus within the previous 28 days.

The highest increase in fatalities was recorded during the first wave, with 1,224 fatalities reported on 21 April 2020.

The coronavirus death toll for the UK since the beginning of the pandemic now stands at 78,508.

The figures continue to be affected by a lag in the publication of recent data and will contain some deaths that took place over the festive period.

Separate figures published by the UK’s statistics agencies for deaths where Covid-19 has been mentioned on the death certificate, together with additional data on deaths that have occurred in recent days, show there have now been 94,000 deaths involving Covid-19 in the UK.

Sara Gorton from Unison, which represents hundreds of thousands of health workers, said: “The NHS is under unbelievable strain, with many hospitals now struggling to cope. The pressure on staff is overwhelming and their own health and wellbeing is a major concern.

“With more and more health workers off ill, those who are on duty are being asked to give even more.

“It’s clear people are now going beyond burnout and this could have lasting consequences on not only them but the safety of services we all rely on.

“This situation once again shows the disastrous folly by ministers of allowing NHS staff shortages to build up for years.”

New data from Public Health England (PHE) suggests the case rate in the capital, the worst affected region in the country, rose to 904.8 per 100,000 people over the New Year period.

Hospital admissions across England also saw a significant rise, climbing from 21.51 per 100,000 people the week before to 27.6, with London having the highest rate of new Covid patients.

Dr Yvonne Doyle, PHE’s medical director, said: “The data bring into focus the huge pressure the health service is under. Sadly, we are seeing more deaths each day and these numbers will continue to rise before we see the impact of the nationwide lockdown.”

According to the latest Test and Trace data, a total of 311,372 people tested positive for the virus between 24 and 30 December – a 24 per cent increase compared to the previous week, and the highest total since the programme was launched in May.

The head of NHS England said that claims hospitals are not under pressure from rising coronavirus cases are nonsense.

Sir Simon Stevens said people claiming the situation is a “hoax” are responsible for potentially changing behaviour, which will kill people, and are insulting to staff who have worked long shifts in the most demanding circumstances.

The prime minister also delivered a stark message to Covid-deniers during Thursday’s No 10 press briefing.

Boris Johnson said: “The kind of people who stand outside hospitals and say Covid is a hoax and this kind of stuff, really I do think they need to grow up.”