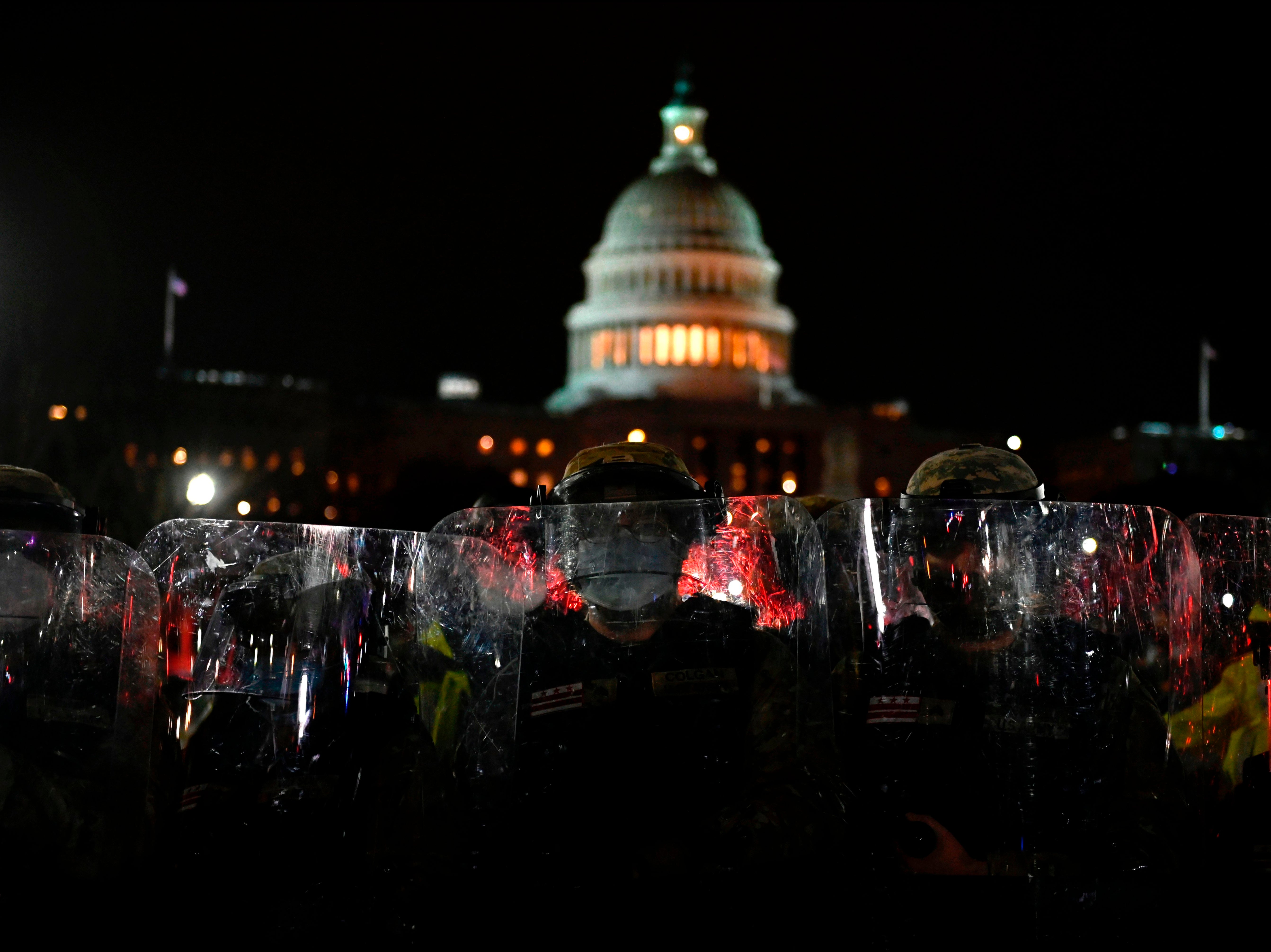 Boris Johnson and senior members of his Cabinet have called for a peaceful transition of power in the United States, after Donald Trump “incited” his supporters to storm the Capitol with fatal results.

However, the UK prime minister, foreign secretary and chancellor failed to mention the outgoing US president by name, with home secretary Priti Patel also failing to condemn Mr Trump outright on Thursday morning except for saying that “his words did very little to de-escalate the situation” and urging him to condemn the violence.

And Welsh Conservative, Andrew RT Davies, also came under fire for comparing the violent riots with attempts to push for a second Brexit referendum, as he attacked Labour leader Sir Keir Starmer’s comments decrying the “direct attack on democracy” in Washington on the day that Congress debated president-elect Joe Biden’s victory, which Mr Trump baselessly disputes.

Andrew RT Davies, the the Welsh Conservatives health spokesman, has been criticised for equating protesters at the US Capitol to those who supported a second referendum on Brexit.

The politician responded to a tweet by Sir Keir Starmer, in which the Labour leader described the “horrendous scenes” in Washington DC as “a direct attack on democracy and legislators carrying out the will of the American people”.

His comments were condemned by former Tory MP Alistair Burt, who described the tweet as an “appalling and completely unworthy analogy”, adding: “Have you taken leave of your senses equating the two?

“If you are an office holder of any sort in the Conservative Party, resign now.”

Mr Davies later retweeted this comment from Unherd columnist Paul Embery saying he has “no truck with those squealing ‘false equivalence’”:

UK ministers urge peaceful transition of power in the US

Here’s how the UK’s prime minister, chancellor and foreign secretary reacted to the disturbing and surreal scenes in Washington DC yesterday.

And here’s how the reaction compares elsewhere in the world.

Canada’s PM Justin Trudeau had said he was monitoring the situation closely, telling the News 1130 Vancouver radio station: “Obviously we’re concerned and we’re following the situation minute by minute. I think the American democratic institutions are strong, and hopefully everything will return to normal shortly.”

Singling out Donald Trump, Germany foreign minister Heiko Maas blamed the violence on inflammatory rhetoric, writing: “The enemies of democracy will be delighted at these terrible images from Washington DC.

“Trump and his supporters must accept the decision of American voters at last and stop trampling on democracy.”

Our deputy foreign editor Gemma Fox has this round-up of the reaction from world leaders:

Good morning, and welcome to The Independent’s live coverage of UK politics, following our effective departure from the EU and Trump supporters’ fatal storming of the US Capitol.