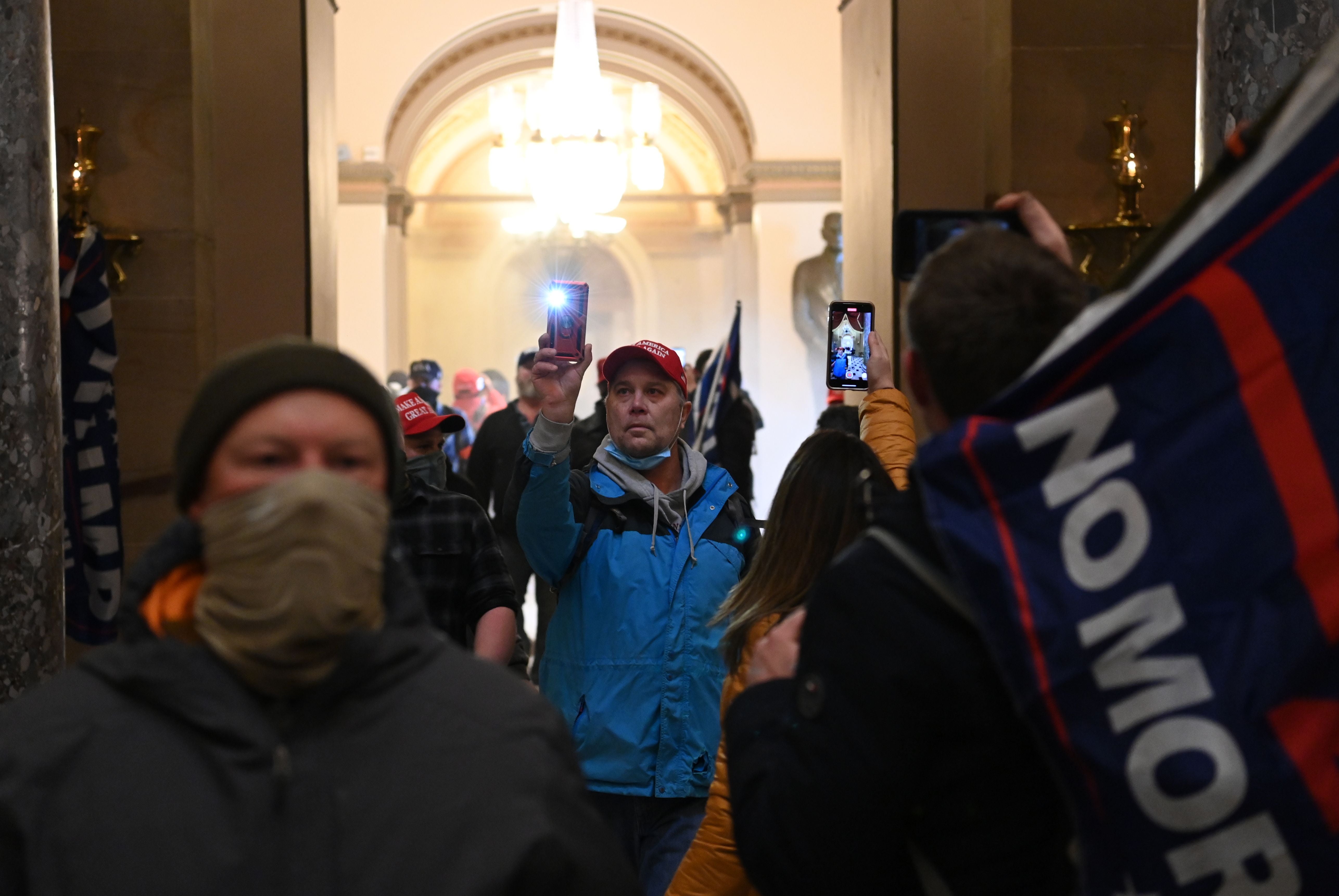 Trump supporters stormed the Capitol and House chamber, resulting in a violent standoff on the day Congress was set to ratify President-elect Joe Biden‘s win.

Videos posted to social media from reporters and lawmakers depicted a chaotic, terrifying scene of pro-Trump rioters breaking into the Capitol building.

“We are back in cannon. This is what’s happening at the steps of the Capitol, which isn’t allowed to have people,” wrote NBC News correspondent Leigh Ann Caldwell on Twitter.

As protesters stormed the Capitol building, clashing with police on the steps, Congress called a surprise recess.

Huff Post political reporter Igor Bobic posted a video of protesters climbing onto outdoor scaffolding, writing, “Several people got on to a scaffolding outside Senate, took it to second floor, which looked like the area where McConnell’s office is located, and started banging on windows.”

Bobic also shared a frightening video showing what appears to be a Senate chamber security guard being overtaken by protesters.

The National Guard has been deployed to Washington, and Virginia’s governor has also dispatched. members of the Virginia Guard and 200 Virginia State Troopers.