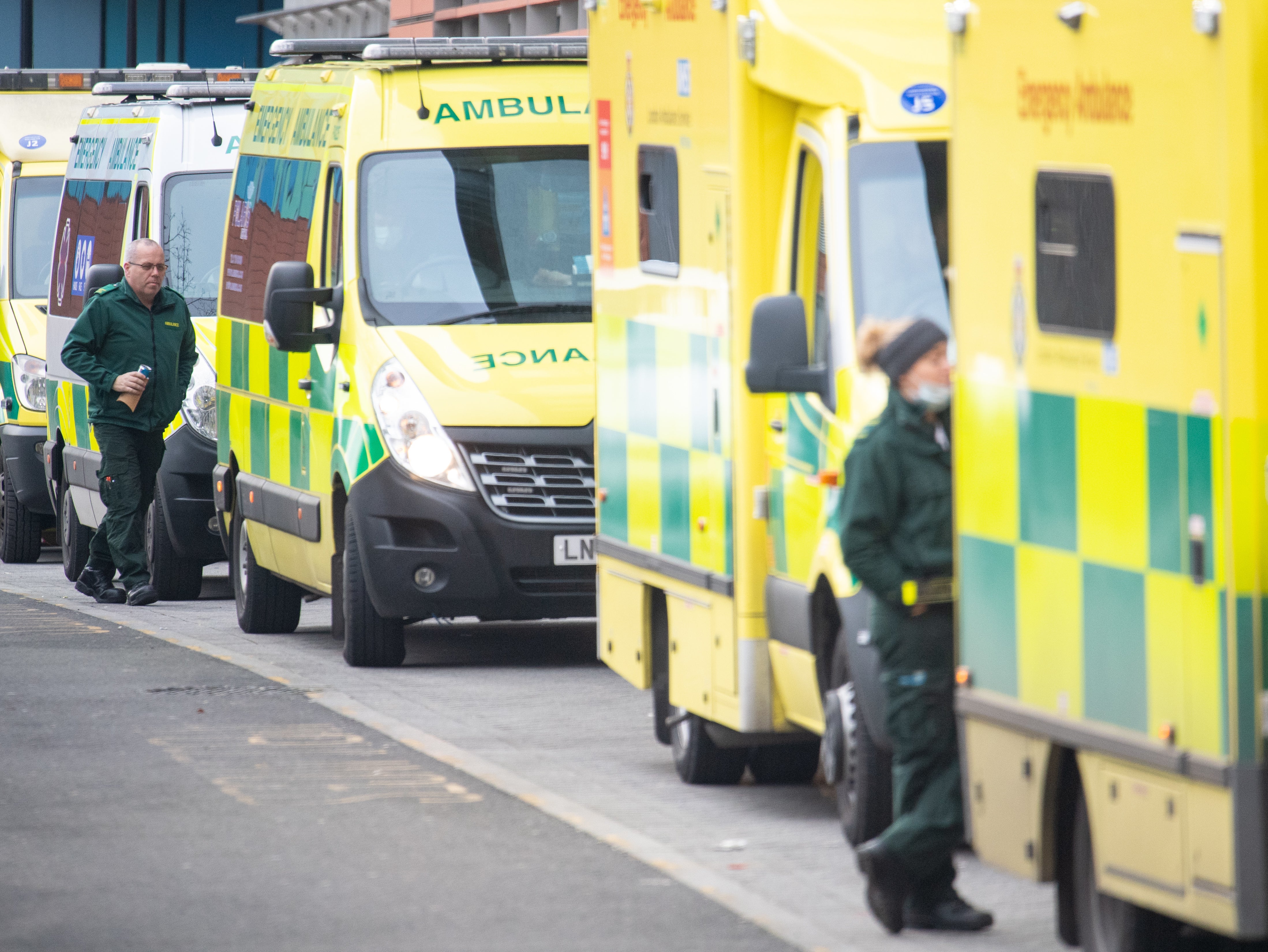 ‘We are not coping’: Paramedics warn of deaths as hundreds of emergencies wait hours for help

Hundreds of people a day across London are waiting hours for an emergency ambulance to get to them, as paramedics warn that patients are dying as a result of delays.

Patients in emergency calls classified as category two, such as those involving a suspected stroke or chest pains, should be seen by paramedics within an average of 18 minutes but are being forced in some cases to wait up to 10 hours.

Even life-threatening calls where patients are in cardiac arrest and should be reached within seven minutes have experienced delays, with data suggesting one such call was waiting 20 minutes on Monday.

Internal data shared with The Independent shows that London Ambulance Service is holding hundreds of open 999 calls for hours at a time with the service’s boss acknowledging in an email to staff that the service is struggling to maintain standards. Experts warned that the problems in the capital were reflected in ambulance services across the country.

London Ambulance Service’s chief executive, Garrett Emmerson, sparked a backlash from hundreds of paramedics on Sunday when he suggested that the service was “coping” with the pressure caused by the spike in coronavirus cases.

The service experienced its busiest day ever on New Year’s Day, with ambulances attending 3,700 patients. The pressure on London’s hospitals has also meant delays of up to six hours for ambulances to hand over patients to hospital staff.

One paramedic told The Independent: “Patients desperately requiring ambulances aren’t getting them and, anecdotally, people are deteriorating and dying whilst waiting. Our poor dispatchers have to stare at screens of held calls, working out who gets the next available resource and who waits, suffers or dies.”

They added that there were now “general broadcasting” appeals for paramedics to respond to category-two calls “all day, every day”, adding: “Increasingly there’s evidence of even category ones going uncovered. Just a few minutes’ delay in dispatching a resource to these jobs can prove fatal.

“As clinicians we know we are fighting a pandemic and are giving blood, sweat, tears and in some cases our lives to do so. We are doing, and will continue to do, all we can. It’s just that we are worried it’s still not enough.”

Another paramedic who worked over the Christmas and New Year period added: “We’ve not seen anything like this before. The reality is that people are waiting far longer than any target or guideline says they should. There are people waiting so long that by the time we have got to them they are having to be resuscitated and it hasn’t been successful.”

Staff shared snapshots of performance in recent days that reveal hundreds of category-two calls waiting hours for a response across the city.

On Monday night, there were almost 700 calls waiting for a response, with more than half listed as category two. The worst-affected part of the city was the northeast with 140 category-two calls waiting, with the longest wait at more than seven hours.

In the southeast of the city, one category-two call was still waiting after almost 10 hours.

One worker told The Independent: “Holding 700 calls is so far from normal it can’t properly be described as coping. Sometimes it could get up to 100 or 200 a day during winter, but it isn’t sustained. What we are seeing at the moment is hundreds of calls waiting all day, every day. I haven’t seen it this bad in a decade on the front line.”

On a closed forum for ambulance service employees, hundreds of paramedics vented their fury at their chief executive for what many felt was a lack of honesty with the public when he told LBC radio that the service was just about coping.

In comments seen by The Independent, one worker said: “Coping? Tell that to the family of the gentlemen who we dragged out of a taxi in cardiac arrest at the main entrance of a hospital at 9am yesterday, after waiting for an ambulance since 6am. Why are we sugar-coating this?”

Another said: “When are we going to stop the blatant PR lying to the public. We are not coping.”

In a separate post, a worker said: “We’ve got patients dying because we’ve got nobody to send.”

On Sunday afternoon, following his radio interview on LBC, Mr Emmerson sent a message to staff in which he recognised his comments had caused anger.

He said: “Like so many other NHS organisations in London, we are currently going through one of the most challenging periods we’ve ever faced. It is also a particularly distressing time for anyone directly involved in providing healthcare for our patients, as we struggle to maintain the quality of care and standards of service we aspire to in unprecedented circumstances.”

He added: “I am under no illusions as to how incredibly difficult things are right now.”

He said the ambulance service had overall maintained good responses to life-threatening calls but added: “Not surprisingly we are regularly holding large numbers of patients in our lower-category queues, whilst we prioritise our most urgent cases.

“Whilst I understand that many, if not all of us, will feel that we are not providing the quality of care that we would like to for all of our patients at the moment, we are taking more calls and caring for more patients than we’ve ever done before in our history, at a time when we face huge challenges internally. It is, however, vital that we continue to reassure Londoners that we are still here for them when they need us most, whilst also telling them, in the strongest possible terms, to only call 999 for the most extreme or life-threatening emergencies.”

The ambulance service has called in support from St John Ambulance, and the East of England and South Central ambulance service trusts, as well as recruiting firefighters to help drive ambulances. Third-year paramedic students are also being used.

As coronavirus infections spread, the problems being felt in London are already being experienced elsewhere in the UK. Paul Younger, deputy chair of the College of Paramedics, said: “This is not just a London problem. It is a UK-wide problem. We are getting reports from members across the UK having similar experiences to those reported in London. The college is aware that in some ambulance trusts they are holding hundreds of calls waiting for an ambulance.”

A London Ambulance Service spokesperson said: “Our frontline ambulance crews and call handlers are under enormous pressure trying to help unprecedented numbers of patients, working tirelessly in the most challenging of circumstances. What they’re achieving by responding to more 111 and 999 calls, and helping more patients each day, than at any time in our history is incredible.

“Despite their professionalism, relentlessly hard work and exceptional patient care as clinicians, many of our staff and volunteers are inevitably distressed that patients are waiting for much longer than they normally do and that often they are not able to provide the level of care we usually aspire to.

“We are trying to do everything we can to look after the physical and mental health of all our staff, including 24/7 welfare and clinical support.”