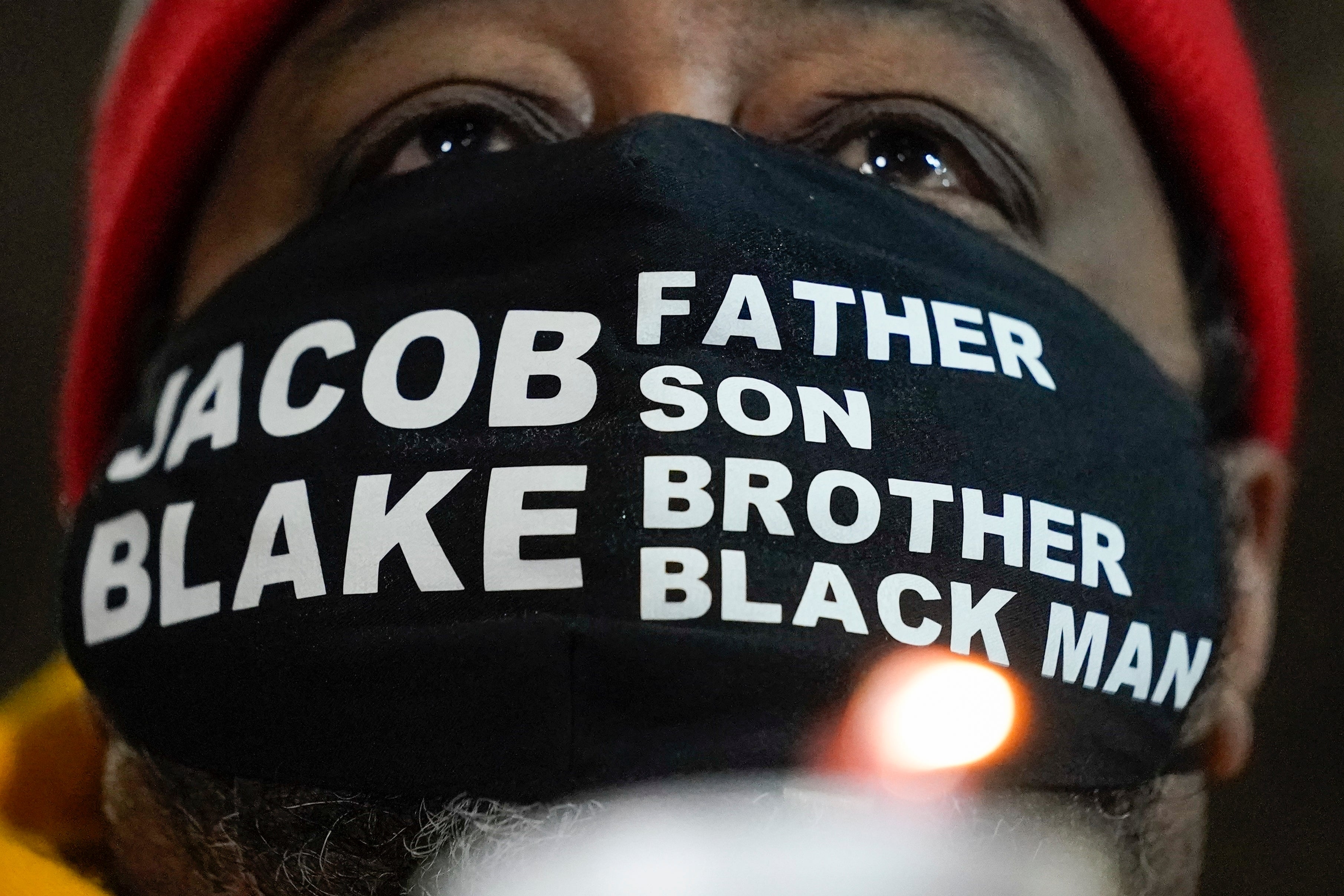 Officer Rusten Sheskey was will not be charged in the shooting of Jacob Blake over the summer, according to Kenosha County District Attorney Mike Graveley.

Mr Blake was shot in the back seven times by Mr Sheskey after attempting to leave the scene of a domestic dispute on 23 August.

Officers claimed Mr Blake had a knife at the time, but Mr Blake’s lawyers contend that the claim is untrue. Mr Graveley also said Mr Blake would not be charged with any crimes.

The city of Kenosha, Wisconsin has been preparing for protests when the decision comes in. The Wisconsin National Guard has deployed. Safety efforts announced by local officials also include designated demonstration spaces, road closures, a curfew, protective fencing, and limitations on city bus routes.

In a separate development, teenager Kyle Rittenhouse today pleaded not guilty to all charges relating to the fatal shooting of two men and wounding of another in the unrest that followed the shooting of Mr Blake.

This via Milwaukee Journal Sentinel journalist Mike De Sisti, who says Justin Blake ended up a march where it started at the Collective in Kenosha.

The WaPo corrected the record after suggesting Jacob Blake was unarmed when shot by police.

By their own words, that was “incorrect”.

“We’ve deleted a previous tweet that incorrectly described Jacob Blake as unarmed. While his family has said he was not armed when shot by police, prosecutors on Tuesday said video evidence depicts him holding a knife.”

In announcing that there would be no charges, the DA also made a point to mention that no charges would be brough against Blake.

“I’m going to also tell you, just because I think it is important, that no charge will be filed against Jacob Blake in regards to this incident as well”.

Rusten Sheskey will not face charges for the shooting of Mr Blake, a Black man, which sparked violent protests in Wisconsin last August.

Mr Blake was shot seven times in the back when officers responded to a domestic incident, and although he survived he was left paralysed from the waist down.

“We are immensely disappointed and feel this decision failed not only Jacob and his family but the community that protested and demanded justice,” said Mr Blake’s lawyer, Ben Crump.

“This isn’t the news we hoped for, but our work is not done and hope is not lost.

In September 2020 an independent consultant was appointed to investigate the shooting of Jacob Blake.

Former Madison police chief Noble Wray said at a press conference at the time that the investigation “will be a moment of truth” for Wisconsin, and that the outcome of the case has not been predetermined.

While the investigation will continue to be led by the Wisconsin Department of Justice Division of Criminal Investigation (DCI), the final investigative file would be handed over to Mr Wray for expert analysis in recommendation of a charging decision.

Justin Vallejo reported for The Independent back in September.

Kenosha and the campaign

The shooting of Jacob Blake in Kenosha came towards the end of a summer of demonstrations about police brutality towards the Black community following the deaths of Breonna Taylor and George Floyd at the hands of officers in Louisville and Minneapolis.

Both Joe Biden and Donald Trump made high profile visits to the Wisconsin city in the aftermath of the incident and the subsequent unrest.

Richard Hall reported for The Independent on the significance of the visits by the respective campaigns back in September.

Blake family: This will impact this nation for many years to come

“For those that believe that Black Lives Matter, stand up around this nation, and let’s let them know we’re not going to tolerate this anymore,” says a member of the Blake family.

Mr Blake says his son was treated “like an animal”.

‘This is an outrage’ says Rev Al Sharpton

“This is an outrage, even though it’s expected,” says Reverend Al Sharpton of the National Action Network.