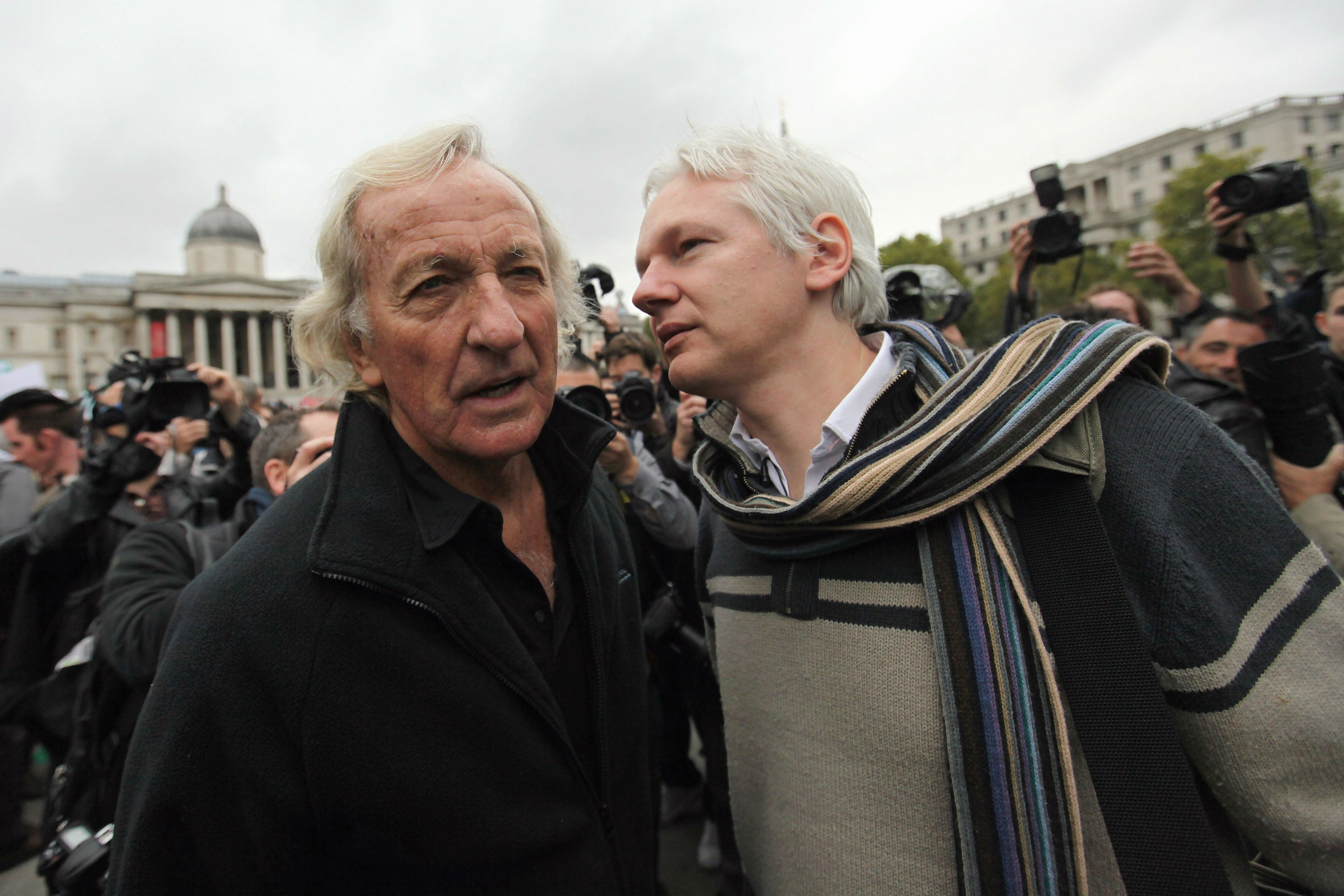 Veteran reporter John Pilger has issued a stark warning ahead of a landmark court hearing, saying that if WikiLeaks founder Julian Assange is extradited to the US “no journalist who challenges power will be safe”.

The 81-year-old filmmaker and author of numerous books of investigative journalism, spoke before a hearing at London’s Central Criminal Court, more commonly known as the Old Bailey, that will decide whether his fellow Australian will be sent to America to face 18 espionage and computer hacking charges. The charges carry a potential sentence of up to 175 years in jail.

Pilger is among a number of high-profile figures in the media who have said the attempt by the US to punish Assange for exposing the dark side of the so-called “war on terror” represents a threat to anyone interested in defending free speech or protecting journalists who take on powerful targets.

In a series of written answers to questions put by The Independent, Pilger, whose documentaries include Year Zero: The Silent Death of Cambodia and Death of a Nation: The Timor Conspiracy, said he preferred to talk about “free journalism” rather than “freedom of the press”.

“This means journalism that’s informed, honest and not part of any vested interest or groupthink,” he said.

“If Julian Assange is extradited to the US, the very idea of a journalism that’s free is lost. No journalist who dares to challenge rapacious power and reveal the truth will be safe.”

Pilger has been among those supporters of the 49-year-old Assange who visited him inside the Ecuadorean Embassy in London, where he sought asylum in 2012 after skipping bail, as a court sought to send him to Sweden to speak to investigators probing two sexual assault allegations.

Assange denied the claims and the probe was later dropped. His lawyers told Swedish authorities he was prepared to cooperate, but feared he may be sent from there to the US.

In April 2019, after Ecuador withdrew its protection of Assange and he was arrested by London police and later charged by the US, Pilger warned of the potential danger to the health of the Wikileaks founder as he was incarcerated in Belmarsh Prison, having been sentenced to 50 weeks in jail for breaking the terms of his 2012 bail.

He tweeted: “Do not forget Julian #Assange. Or you will lose him. I saw him in Belmarsh prison and his health has deteriorated.”

He added: “Treated worse than a murderer, he is isolated, medicated and denied the tools to fight the bogus charges of a US extradition. I now fear for him. Do not forget him.”

Asked why the US was so desperate to extradite Assange, Pilger said he was a threat to Washington because he and his organisation had “lifted America’s facade”.

“It revealed America’s routine war crimes, the lies of its policymakers and an Orwellian surveillance,” he said.

“What’s more, the WikiLeaks revelations were 100 per cent authentic. The public service this represents is unprecedented; it is investigative journalism at its finest.”

Among the events WikiLeaks helped to expose was an attack in Baghdad in 2007 by two US AH-64 Apache helicopters that targeted buildings and then bore down on a group of people. More than a dozen were killed, including two Reuters journalists. It transpired none of them was armed.

“Oh, yeah, look at those dead bastards,” one US airman could be heard to say on the video footage.

Wikileaks published the video and a transcript in the spring of 2010. A month later, Chelsea Manning, a US army intelligence analyst who had sent hundreds of thousands of secret files to the whistleblower website, was arrested.

She was sentenced to 35 years by a military court, serving seven years of detention before her sentence was commuted by the outgoing Barack Obama.

Assange’s extradition case is being heard by Judge Vanessa Baraitser. Lawyers for Assange have told her if he is sent to the US and convicted, he faces up to 175 years in a high security prison, locked up for 23 hours a day.

“To those who respect due process and natural justice, the Assange case should have been thrown out of court on the first day of the hearing,” says Pilger.

“I sat through much of what was a shameful spectacle; and if Assange is extradited to an American hellhole, the terms ‘British justice’ and ‘British sovereignty’ will be shredded of meaning.”

There has been speculation that Donald Trump, who benefited when WikiLeaks published emails belonging to the Democratic Party on the eve of its 2016 convention and revealed an attempt to undermine the campaign of Bernie Sanders and advance that of Hillary Clinton, may offer Assange a pardon.

Among those who asked for him to do so was Stella Moris, Assange’s partner and mother of two of his children. She made one such appeal on Fox News.

Ms Moris is expected to attend court on Monday along with his legal team.

Writing in the Mail on Sunday, she said it will “not only be an unthinkable travesty” if Assange loses the extradition case, but “the ruling would also be politically and legally disastrous for the UK”.

“In the US, I believe Julian would face a certain and monstrously unjust conviction,” she added.

Previously, the court heard from Assange’s lawyer, Jennifer Robinson, who said she was present when former Republican congressman Dana Rohrabacher and Trump associate Charles Johnson visited the WikiLeaks founder at the embassy and offered a pardon from the president.

The move was dependent on Assange issuing a statement denying Russia had provided the leaked Democratic Party emails.

“The proposal put forward by congressman Rohrabacher was that Mr Assange identify the source for the 2016 election publications in return for some kind of pardon, assurance or agreement which would both benefit President Trump politically and prevent US indictment and extradition,” she told the court in September.

Ms Rohrabacher admitted meeting Assange but denied passing on an offer from Mr Trump. The White House has also denied offering such a pardon.

Asked about the prospect of a possible pardon, Pilger said: “Who knows what Trump and his cronies think.”

He added: “That we should be looking to a lawless American president to ‘pardon’ a journalist for publishing truths says much about these grim times. The question serious journalists should be asking themselves is – who is next?“