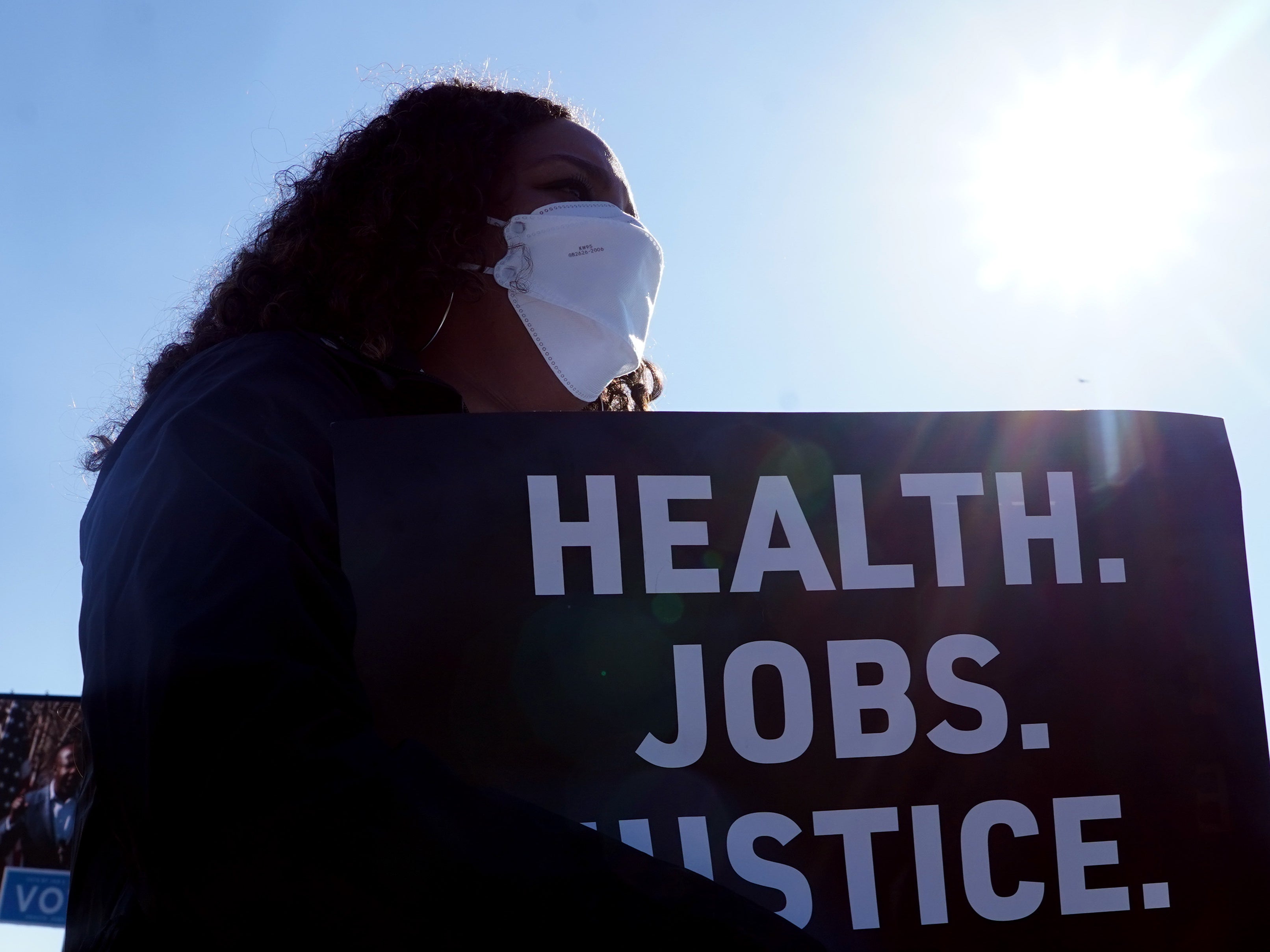 As two key Georgia runoff elections that could determine the fate of Joe Biden‘s legislative agenda loom, the president-elect is facing calls from GOP senators for an “emergency audit” of his November election victory.

In a statement, Mr Pence’s chief of staff Marc Short said the vice president welcomed the efforts of senators to “use the authority they have under the law to raise objections and bring forward evidence” of the unsubstantiated allegations.

Both Mr Biden and President Donald Trump are set to head to Georgia on Monday ahead of Tuesday’s runoff elections.

Control of the Senate will be on the ballot, setting the scene for how Mr Biden’s legislative agenda will play out following his 20 January inauguration.

Trump and Biden to head to Georgia ahead of runoff elections

President Donald Trump and President-elect Joe Biden are expected to travel to Georgia on Monday ahead of Tuesday’s high-stakes twin runoff elections.

With Senate control on the ballot, the two runoff elections have seen campaign spending records shattered and inspired an unprecedented turnout.

If either or both Republican incumbents David Perdue and Kelly Loeffler are victorious on Tuesday, their party will retain a narrow majority in the Senate, giving the GOP power to prevent much of Mr Biden’s ambitious agenda from moving forward.

A Democratic sweep, meanwhile, would result in a 50-50 split that would see Vice President-elect Kamala Harris holding the tiebreaker.

Good afternoon and welcome to The Independent’s live blog tracking the latest developments in US politics.