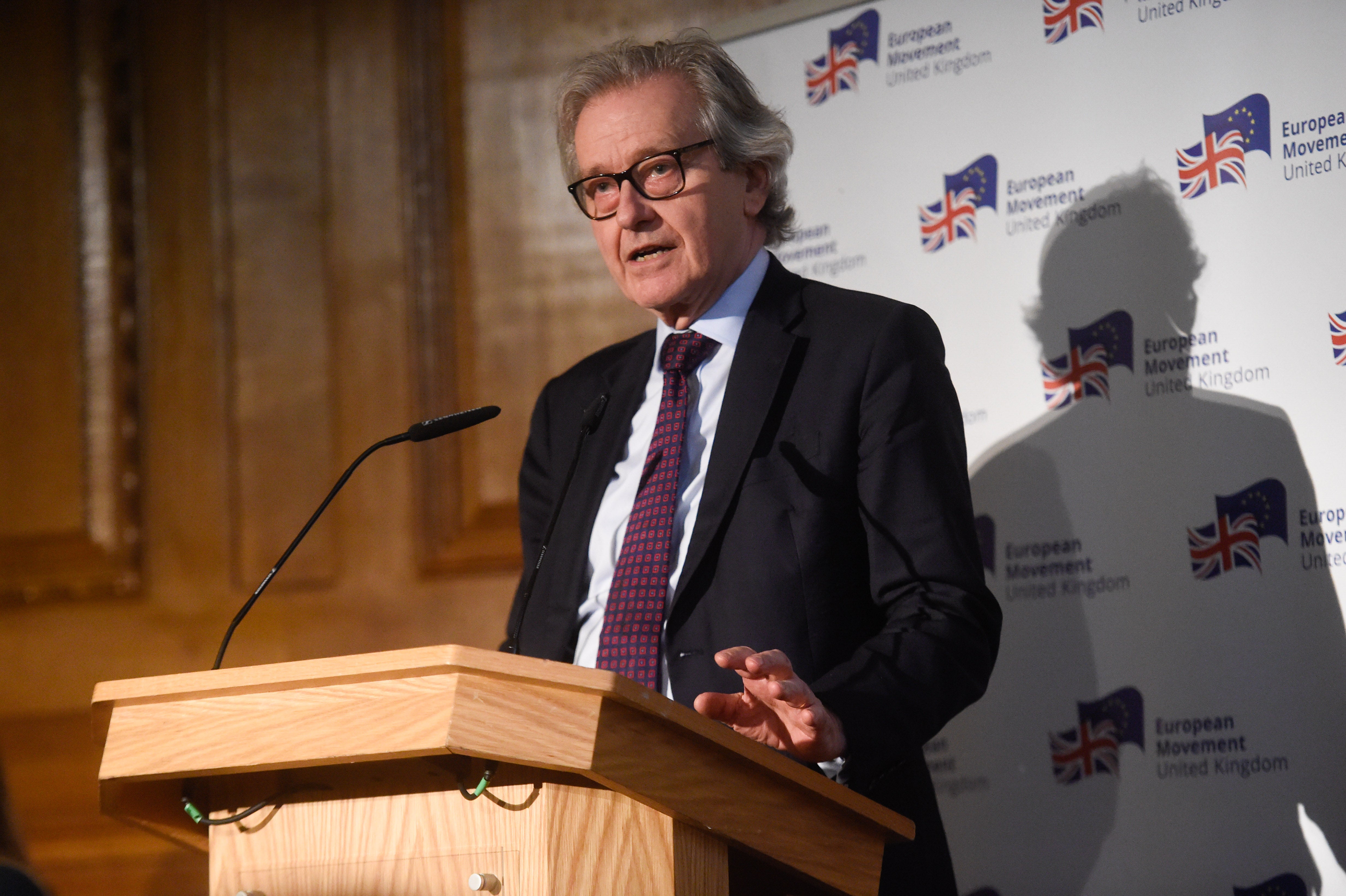 A former Conservative cabinet minister has issued an appeal to Sir Keir Starmer to lead a cross-party “progressive alliance” to drive through reform of the UK’s democratic system in the wake of Brexit.

Stephen Dorrell, who served in Margaret Thatcher’s administration and was health secretary under John Major, said the that the current first-past-the-post system has allowed “a small clique” around Boris Johnson to impose its will on the rest of the UK while disenfranchising millions of voters.

In an open letter to the Labour chief, published in The Independent, he told Sir Keir it was time for him to “rise above your legitimate concerns as leader of the Labour Party and take on the mantle of national leadership as leader of the opposition” by building a broad movement to deliver “a new politics”.

Mr Dorrell was a loud voice in the fight against Brexit as chair of the European Movement, and quit the Tories in 2019 to join Change UK and later the Liberal Democrats, standing unsuccessfully for the party in that year’s general election.

He told The Independent that he had not discussed his proposal for a progressive alliance with Lib Dem leader Sir Ed Davey. And he acknowledged that it represents a “challenge” for the Lib Dems, as it envisages them standing candidates on a platform of supporting Starmer as prime minister.

He did not put forward a precise blueprint for how an alliance should operate, whether through informal co-operation or electoral pacts to stand aside candidates in key seats. This – as well as the preferred form of proportional voting – should be a subject for negotiation once momentum has been established behind the drive for electoral reform, he said.

Mr Dorrell said that, as a liberal conservative, he was “repelled by the nationalist exceptionalism that is now the regular diet at Downing Street press conferences” and wanted to trigger a drive to “build a better future for Britain than is offered by today’s Conservatives”.

The landslide 80-seat victory that enabled Mr Johnson to drive through a hard Brexit was produced by a general election in which a majority of voters backed parties supporting a second EU referendum, he pointed out.

But he said that the immediate challenge for centre-ground politicians was not to battle for a return to the EU but to address “the ability of a small clique to impose its will on the rest of us and claim democratic authority for doing so”.

Describing first-past-the-post as “unfair to voters”, Mr Dorrell said that it failed to express the balance of political opinion in the UK, suppressing the voice not only of supporters of smaller parties like the Lib Dems but also traditional Conservatives or backers of the left-wing Momentum movement, who currently feel unrepresented in parliament.

“It magnifies the voices of the factions in control of the two major parties and suppresses all others,” said Mr Dorrell. “It is a system which could have been designed to make large sections of the electorate feel disenfranchised.

“A widespread sense of disenfranchisement was palpable in 2019; it abated somewhat in 2020 but will return with a vengeance when the combined consequences of Brexit and Covid manifest themselves and people begin again to ask who speaks for them.”

Mr Dorrell urged Starmer to resist the “introspective, backward-looking and self-regarding” arguments of those in his own party who urge him to stick with the existing two-party system in the hope that its pendulum will again swing back in Labour’s favour.

With the May 2021 elections to the Scottish Parliament currently forecast to deliver another majority for a Scottish National Party running on an independence ticket, the Labour leader must offer voters north of the border an answer to the sense of injustice they feel over being forced out of the EU against their will, he said.

The former minister told Sir Keir: “Your challenge as leader of the opposition is … twofold; you need to show all UK voters that politics can work for them and you need, in particular, to show voters in Scotland that their voice will be better heard in future than has been the case in the past.

“I have written of the challenges which face you in the New Year; let me conclude with a challenge for my own newly-adopted party. If you demonstrate a commitment to fundamental change, we must work with you as committed champions of the Progressive Alliance.

“It is partly a matter of arithmetic. To win alone Labour needs to achieve a swing of historically improbable proportions – against both the Conservatives and the SNP. To carry through its programme the Progressive Alliance needs Liberal Democrats need to win the seats where we are the challengers.

“A vote for the Liberal Democrats in those constituencies should be a vote to support you as prime minister leading a government to rank alongside the two transformative governments of the 20th century elected in 1906 and 1945.

“Our case must focus on the substance of policy, but it must also show how we will build a new politics, which recognises that our system has disenfranchised many millions of people who do not recognise their country in the ramblings of their leaders.”

0 0 0 0
Previous : Tesco and Boots offer help with Covid vaccine rollout
Next : Swiss artists against ‘Covid’ restrictions – the world to come if the psychopaths of the global Cult are allowed to prevail