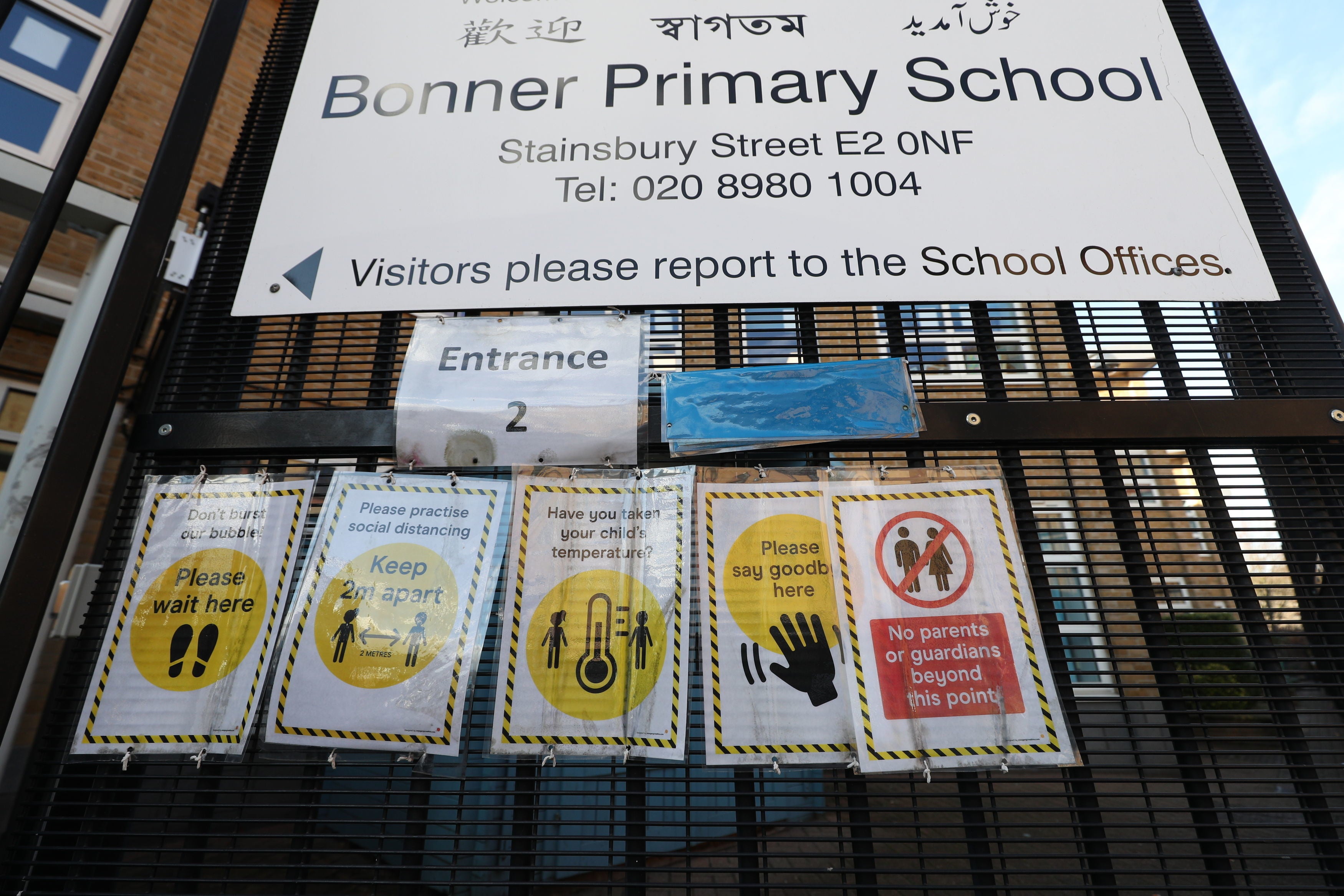 Boris Johnson has warned that England’s tier system for coronavirus restrictions is “probably about to get tougher” due to surging infection rates across the country.

However, the prime minister resisted calls on Sunday to keep all schools closed next week and claimed that he had “no doubt” that classrooms were safe this winter.

Education secretary Gavin Williamson said on Friday that all London primary schools would remain shut to most pupils on Monday due to rising infection rates but the government has opposed demands by unions to close all schools for the next two weeks.

It came as England’s deputy chief medical officer defended the policy to delay giving second doses of coronavirus vaccines in order to give more first jabs to vulnerable people.

Professor Jonathan Van-Tam said data from vaccine trials showed patients got “almost complete protection” from their first dose of the Pfizer/BioNTech vaccine and could wait longer for their second dose.

Remote learning in Northern Ireland ‘should only be for short period’

Remote learning for school children in Northern Ireland should only be for a short period, the country’s first minister has said.

Primary pupils are to be taught remotely for the week from Monday 4 January to Friday due to concerns about the spread of coronavirus.

“I certainly don’t want to be in a position of keeping our young people at home,” Arlene Foster said.

She added: “We will do all that we can to keep pupils in school.

“We do recognise that with this new mutant version of Covid-19 there are difficulties and it transmits among younger people, and we have to take that into consideration.”

Labour’s shadow schools minister Wes Streeting has suggested on Times Radio that Sir Keir Starmer will make a statement later today on reopening schools for the start of the spring term on Monday.

Greater Manchester mayor Andy Burnham has warned that millions of children and parents could be facing a “chaotic situation” at school on Monday as he called for local leaders to be given more power over the reopening of classrooms.

Mr Burnham said the government’s “top-down” and “blanket” approach to schools reopening should be changed to allow local head teachers and councils to take the decision themselves.

“The position can’t stay as it is today, we have to have a change today,” the mayor told BBC Breakfast.

“It will be quite a chaotic situation tomorrow, I think, given all of the anxieties that people have.”

Mr Burnham added that he would advise any head teacher who did not want to reopen on Monday to contact their local director of public health.

Children’s Commissioner calls for teachers to be vaccinated ‘as priority’

The Children’s Commissioner for England has called for teachers to be vaccinated “as a priority” and urged any school closures to be for “the absolute minimum of time” possible.

“Schools need to be a priority for children, not only for their education but also for their wellbeing,” Anne Longfield said.

“Schools should be the last to close and the first to open, so it is a serious moment for children.

She added: “I would like teachers to be offered vaccination as a priority. That is something we haven’t heard yet from government, but it is something that I think is very, very necessary.”

Staff who are “very, very tired” is a major concern for the current wave of coronavirus infections this winter, a senior medic has warned.

Dr Alison Pittard, the dean of the Faculty of Intensive Care Medicine, was asked on Sunday morning how the current situation in hospitals compared to the worst days of the first wave last year.

“One of the downsides is that because we have been through it all before staff are very, very tired and that is the thing that concerns me,” Dr Pittard told the BBC.

However, she added that staff were now better prepared in terms of how to deal with the virus due to experiences in the first wave.

Boris Johnson has said he expects “tens of millions” of vaccine jabs to be administered over the next three months but could not explain this morning exactly how that would happen.

“I wish I could give you here and now any sort of elaboration on the figures you have already heard about how we hope to get up to two million a week and so on,” Mr Johnson told the BBC’s Andrew Marr.

“I can’t give you that yet. What I can tell you is that… we do hope that we will be able to do tens of millions in the course of the next three months.”

The prime minister added that there would be 530,000 doses of the Oxford/AstraZeneca vaccine available at about 540 GP vaccination site and about 101 hospital sites from Monday.

“There are a few millions more Pfizer [vaccines] still to be used,” he said.

The prime minister told the BBC’s Andrew Marr this morning:

“It may be that we need to do things in the next few weeks that will be tougher in many parts of the country. I’m fully, fully reconciled to that.

“There are obviously a range of tougher measures that we would have to consider… I’m not going to speculate now about what they would be, but I’m sure that all our viewers and our listeners will understand what the sort of things… clearly school closures, which we had to do in March is one of those things.”

“What we are doing now is using the tiering system, which is a very tough system… and, alas, probably about to get tougher to keep things under control.”

Johnson says he is ‘reconciled’ to tougher restrictions for tier 4

Boris Johnson has warned that England’s tier system is “probably about to get tougher” due to surging coronavirus infection rates across the country.

“We are entirely reconciled to doing what it takes to get the virus down and that may involve tougher measures in the weeks ahead,” the prime minister told the BBC.

You can find more on this breaking story below:

Boris Johnson has insisted that parents should “absolutely” send their children to primary schools on Monday in areas of England where they are still scheduled to reopen.

The prime minister told the BBC’s Andrew Marr this morning that he had “no doubt” that schools were safe despite concerns about rising infection rates.

Our political correspondent, Ashley Cowburn, has more on this breaking story below:

SAGE adviser Sir Mark Walport has warned that even tougher restrictions may be needed to control the spread of coronavirus this winter.

Speaking on the BBC’s Andrew Marr Show, Sir Mark said the focus in the UK should be about “breaking essentially every possible route of transmission we possibly can”.

Our reporter, Chantal Da Silva, has more details on this story below:

0 0 0 0
Previous : Dawning of a Brand New Day – John Sykes (Excellent)
Next : How the founder of CREATE brought hope to those needing IVF