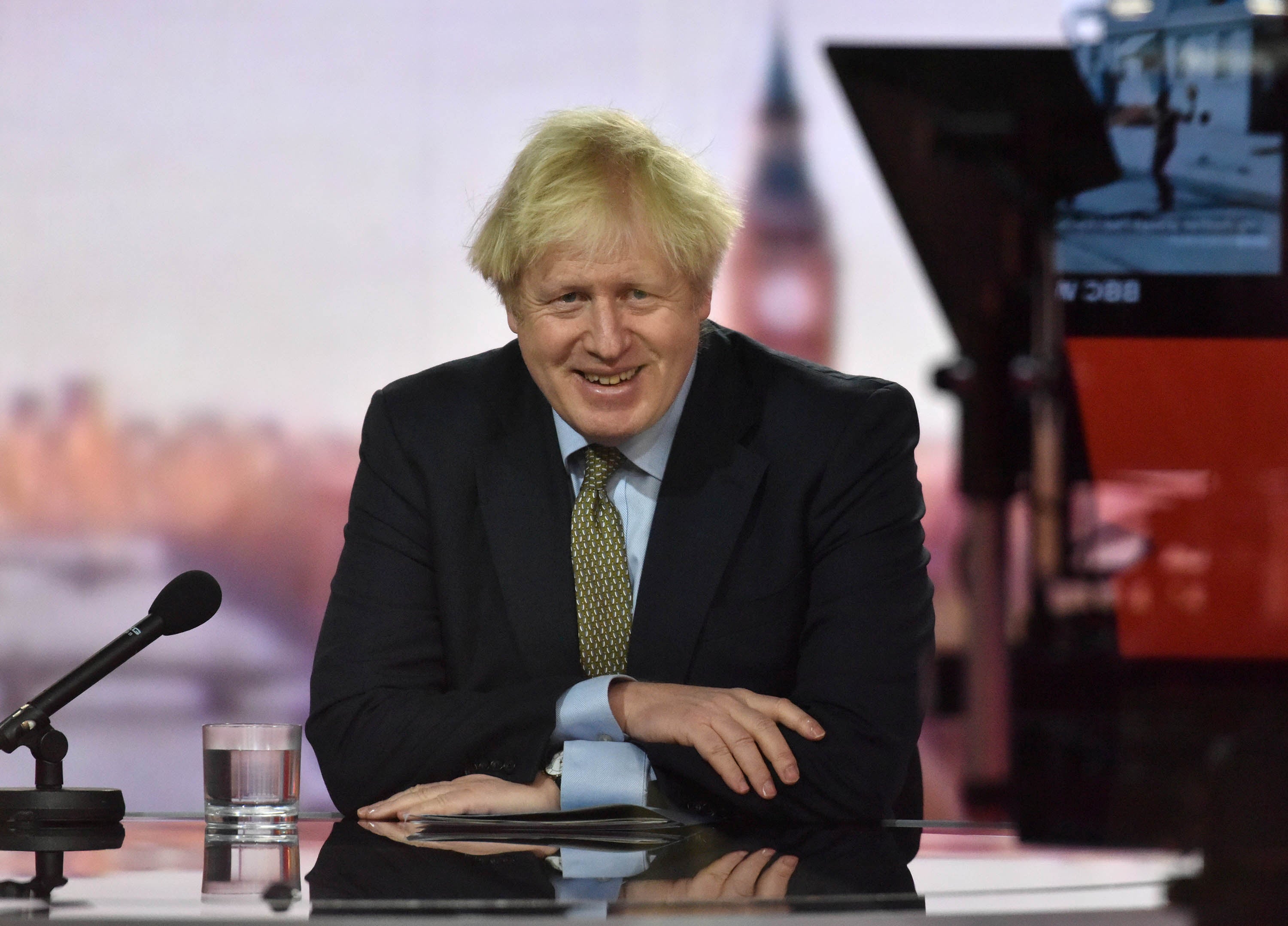 Boris Johnson says he will stay on as PM

Amid an escalating row over Covid school closures, he warned that tougher tier restrictions were on the way but said parents should still send their children to schools in areas where premises were kept open.

Asked about his future now that the UK had officially severed tied with Brussels, he said he would continue as prime minister, and insisted there were reasons to be optimistic about the country’s future.

Away from the political rhetoric, Britons described on social media the reality of life outside the EU, with new Brexit checks at airports meaning those legally residing on the continent were being turned away from flights amid confusion over paperwork.

Labour’s shadow culture secretary Jo Stevens is being treated for Covid-19 in hospital.

The 54-year-old Welsh MP had been “laid low” by the virus since the end of December, according a statement on her Twitter account.

Tony Blair said that unless there is a “step change” in the vaccination programme, it is difficult to see how schools can be kept open.

“So for all of those reasons, it just emphasises yet again why it’s so important to get vaccination under way.

“Unless there’s a step-change of a radical nature in the vaccination programme, it’s very difficult to see how you’re going to keep schools open.”

Nicola Sturgeon has requested the Scottish Parliament be recalled to consider “further action” to stem the spread of coronavirus, as she warned the new variant of the disease was “of very serious concern”.

In a statement just moments after Boris Johnson said measures in England would “probably” get tougher in the coming weeks amid concerns over pressure on the NHS, the first minister said she would convene the cabinet of the Scottish government on Monday.

“The steep increases and severe NHS pressure being experienced in other parts of the UK is a sign of what may lie ahead,” Ms Sturgeon warned.

Boris Johnson could lose seat and majority at next election, poll suggests

Boris Johnson is on course to lose his seat and neither of the two main political parties is likely to win an outright majority at the next general election, according to a new poll.

It is the first detailed survey of the public’s perception of the prime minister’s handling of the Brexit talks and the Covid-19 pandemic after he reversed plans to allow families to meet up at Christmas in parts of southern England to combat the spread of the virus.

On the first weekend since the Brexit transition phase ended, UK residents of Spain seeking to return to their homes have been wrongly turned away by British Airways staff at Heathrow  as they prepared to fly home.

With the ending of the transition, British passport holders are no longer granted automatic access to the European Union. In addition, Spain – in common with many other EU countries – is imposing tough rules to try to minimise the spread of coronavirus.

Only Spanish nationals and legal residents of Spain are allowed to board flights from the UK until 19 January.

Britons living in EU turned away from flights home

Just as Boris Johnson was attempting to defend his Brexit project (see post at 10.05am), the actual experience of Britons living in Europe revealed a less rosy picture of life outside the EU.

There have been multiple reports of people who are legally resident on the continent facing new hurdles in returning to  home.

For those living in Germany:

And those living in Spain:

A former Conservative cabinet minister has issued an appeal to Sir Keir Starmer to lead a cross-party “progressive alliance” to drive through reform to the UK’s democratic system in the wake of Brexit.

Stephen Dorrell, who served in Margaret Thatcher’s administration and was health secretary under John Major, said the that the current first-past-the-post system has allowed “a small clique” around Boris Johnson to impose its will on the rest of the UK while disenfranchising millions of voters.

Boris Johnson was asked about a report published in July which warned about the virus mutating during the winter months, which interviewer Andrew Marr said the PM “should have read” at the time.

Here is the interaction:

The prime minister has reiterated his position that a Scottish independence referendum should be a “once-in-a-generation” vote.

Speaking on the Andrew Marr Show, Boris Johnson said that the gap between referendums on Europe – the first in 1975 and the second in 2016 – was “a good sort of gap”.

However, Mr Marr suggested that now “things had changed” for Scotland, after leaving the European Union and the coronavirus pandemic.

He asked Mr Johnson what a voter in Scotland should do if they decided that a second independence referendum was now something they wanted, what were “the democratic tools in my hands to now do that?”

Boris Johnson said: “Referendums in my experience, direct experience, in this country are not particularly jolly events.

“They don’t have a notably unifying force in the national mood, they should be only once in a generation.”

Asked what the difference was between a referendum on EU membership being granted and one on Scottish independence being requested, he said: “The difference is we had a referendum in 1975 and we then had another one in 2016.

“That seems to be about the right sort of gap.”

A third national lockdown is urgently needed in England to prevent a “catastrophe”, Liverpool’s leaders have told the government.

The city’s acting mayor, Wendy Simon, and the Labour-run city council’s cabinet said the current tier system was failing to curb the spread of the new variant of Covid-19.

0 0 0 0
Previous : How the founder of CREATE brought hope to those needing IVF
Next : Sturgeon set to recall Scottish Parliament to consider ‘further action’ to tackle Covid surge