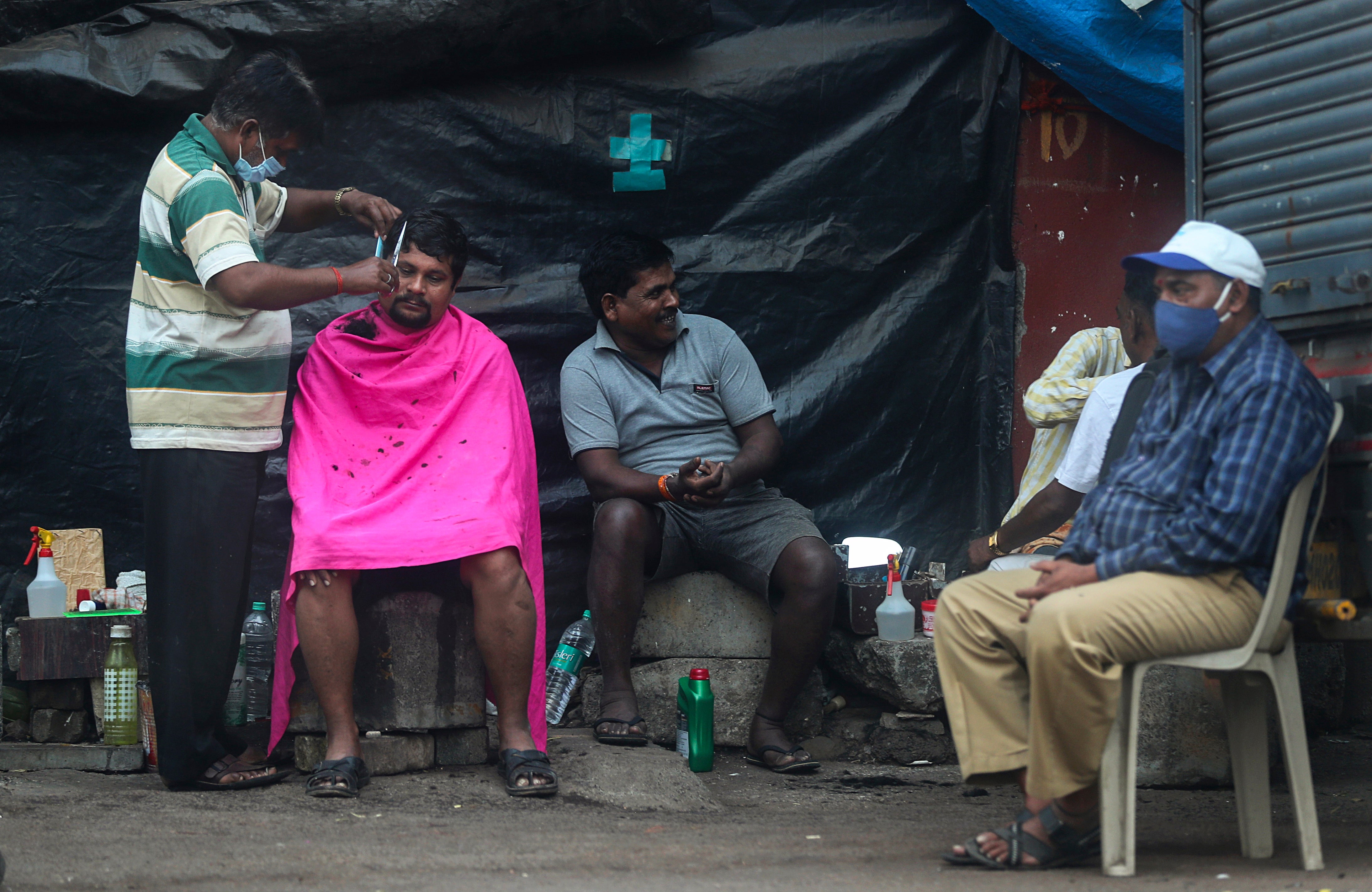 BLACKWATER PARDONS — One of four former U.S. government contractors pardoned by President Donald Trump in the shooting deaths of Iraqi civilians says he feels like “I acted correctly.” Evan Liberty spoke to The Associated Press in his first interview since being pardoned late last month. The guards were convicted in the deaths of 14 civilians, including women and children, during a 2007 shooting at a crowded Baghdad traffic circle. Even for a president who has repeatedly exercised his pardon power on personal associates and political supporters, Trump’s clemency for the contractors was met with especially intense condemnation, both in the United States and the Middle East. By Eric Tucker. SENT: 1,270 words, photos

VIRUS OUTBREAK-INDIA VACCINE — India has authorized two COVID-19 vaccines, paving the way for a huge inoculation program to stem the coronavirus pandemic in the world’s second most populous country. India’s drugs regulator on Sunday gave an emergency authorization for the vaccines developed by Oxford University and U.K.-based drugmaker AstraZeneca and another by the Indian company Bharat Biotech. India is the second-worst affected by the coronavirus after the U.S. SENT: 630 words, photos. UPCOMING: Developing.

CONGRESS — Congress is preparing to convene for the start of a new session, swearing in lawmakers during a tumultuous period as a relative handful of Republicans work to overturn Joe Biden’s victory over President Donald Trump and the coronavirus surge imposes limits at the Capitol. By Congressional Correspondent Lisa Mascaro. SENT: 840 words, photos. House and Senate to convene at noon EST.

SENATE-GEORGIA — President-elect Biden is going all-in to help Democrats win two Senate runoffs in Georgia that will determine party control in the critical early years of his administration, a widespread effort that not long ago would have been unthinkable in a Republican-dominated state in the Deep South. SENT: 920 words, photos.

RISKIEST PLACES — U.S. experts have calculated the riskiest and safest counties in the country for disasters, and Los Angeles is on the shakiest ground. The new National Risk Index by the Federal Emergency Management Agency shows that the risk of 18 natural hazards including hurricanes, tornadoes, earthquakes, volcanoes, floods and heat waves is also high in New York, Miami and Philadelphia. Loudoun County in Virginia, other Washington D.C. suburbs, areas near Boston and Long Island rank as some of the safest places. By Science Writer Seth Borenstein.

IRAN — International inspectors say Iran plans to enrich uranium up to 20% at its underground Fordo nuclear facility. The announcement Saturday by the International Atomic Energy Agency means Iran’s program would be a technical step away from weapons-grade levels as it increases pressure on the West over its tattered atomic deal. By Jon Gambrell. SENT: 925 words, photo.

VIRUS OUTBREAK-TRIBES-VACCINE TRIALS — As coronavirus vaccines were being developed around the world, few Native American tribes signed up to participate. The reasons range from unethical practices of the past to the quick nature of the studies amid the pandemic. Native researchers say without participation from tribal communities, tribes won’t know which vaccine might best be suited for their citizens. By Felicia Fonseca. SENT: 1,190 words, photos. This is the Sunday Spotlight

OBIT-FLOYD LITTLE — Floyd Little, the great running back who starred at Syracuse and for the Denver Broncos, has died at 78. SENT: 1,065 words, photos.

OBIT-WESTPHAL — Paul Westphal, a Hall of Fame player who won a championship with the Boston Celtics in 1974 and later coached in the league and in college, has died at 70. SENT: 715 words, photos.

ODD-HIPPIES-WELCOME — LaGrange County in Indiana has repealed its “anti-hippie ordinance” — a 1971 law that was intended at blocking huge gatherings like the 1969 Woodstock music festival. SENT: 150 words.

VIRUS OUTBREAK — As communities across the country feel the pain of a surge in coronavirus cases, funeral homes in the hot spot of Southern California say they must turn away grieving families as they run out of space for the bodies piling up. SENT: 690 words, photos. With VIRUS OUTBREAK-THINGS TO KNOW, VIRUS OUTBREAK-THE LATEST.

VIRUS OUTBREAK-BRITAIN — The British government is facing mounting pressure to keep all schools in England closed for at least two more weeks as a result of surging coronavirus cases. SENT: 735 words, photos.

ISRAEL-PROTESTS — Thousands of Israelis protested again against Prime Minister Benjamin Netanyahu, demanding that the long-serving leader resign over corruption charges against him and for allegedly mishandling the coronavirus crisis. SENT: 230 words, photos.

NORWAY-LANDSLIDE — Rescue teams searching for survivors four days after a landslide carried away homes in a Norwegian village have found no signs of life amid the ruined buildings and debris. Three bodies have been recovered; seven people are missing. SENT: 520 words, photos.

EXPLOSION-NASHVILLE — Before he blew himself up in a Christmas Day attack that devastated blocks of downtown Nashville, Anthony Warner sent materials about his views to people he knew, federal investigators said Saturday. SENT: 180 words, photos.

AQUARIUM-BELUGAS-RESEARCH — A Connecticut aquarium has agreed to delay its acquisition of five beluga whales for research amid a lawsuit by an animal rights group trying to stop the delivery. SENT: 345 words, photo.

CHINA-US-DELISTED COMPANIES — China says it will take necessary countermeasures in response to the New York Stock Exchange’s announcement this week that it will delist three major Chinese telecoms, in the latest flare-up of tensions between Beijing and Washington. SENT: 270 words, photos.

OBIT-JOAN MICKLIN SILVER — Joan Micklin Silver, who forged a path for female directors and independent filmmakers with movies including “Hester Street” and “Crossing Delancey,” has died. She was 85. SENT: 690 words, photo.

FBC-T25-ORANGE BOWL — Devon Achane had two late touchdown runs, including a 76-yarder with 3:44 left that put Texas A&M ahead to stay, and the fifth-ranked Aggies beat No. 14 North Carolina 41-27 in the Orange Bowl to cap a winless bowl season for the Atlantic Coast Conference. By AP Sports Writer Tim Reynolds. SENT: 660 words, photos.

0 0 0 0
Previous : Poland to fine twitter and Facebook £2.2 million every time they censor ‘free speech’ with their so called ‘factcheckers’ – David Icke
Next : Iranian FM warns Trump ‘Israeli agents’ are preparing ‘attacks’ on US forces in Iraq to spark war against Tehran – David Icke