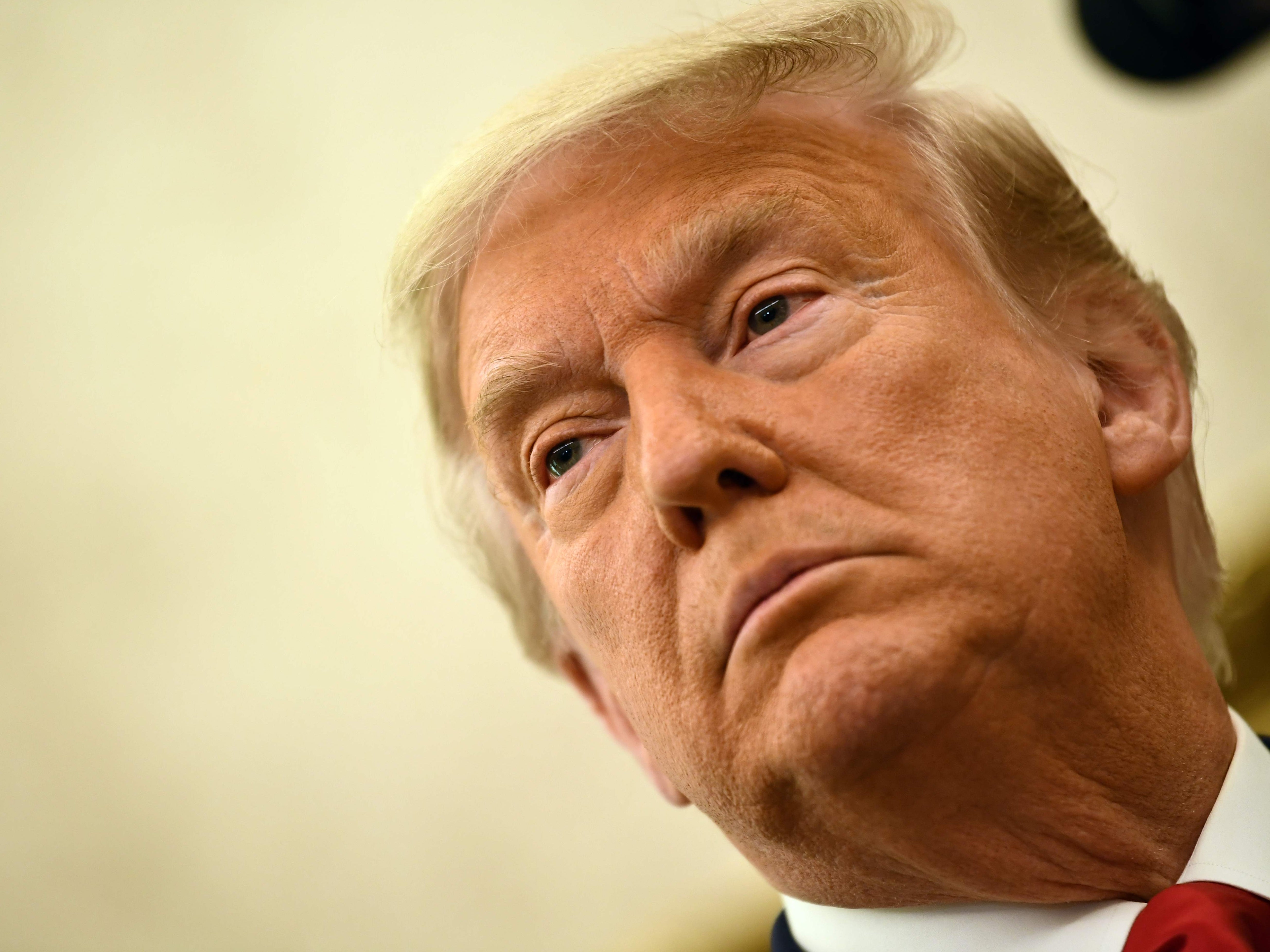 ‘We must be remembered’: Trump uses New Year’s video to take credit for Covid vaccines amid criticism

“By early next year, the vaccine will be available to every American. And shortly thereafter, it will be delivered worldwide,” Mr Trump said in a video shot in the White House, apparently before he left for a golf and working vacation at one of his Florida resorts.

“This is one of the most extraordinary scientific, industrial and medical feats in history. Everybody has it as that, that’s what they’re marking it down as,” he said. “We can never let people forget where it came from and how it came. We’re very proud to be honored … We have to be remembered for what’s been done.”

That comes as Democratic lawmakers and some health experts – as well as President-elect Joe Biden – are slamming Mr Trump and his administration for what they say is a slower-than-promised vaccine distribution effort.

The Trump administration promised 20 million doses before the end of the year (2020), but its own Centers for Disease Control and Prevention recently said 3 million shots have been put into arms in the United States.

When presented with the Democrats’ criticism and their own statistics, however, Trump administration officials say getting vaccines from distribution centers and into arms is the responsibility of state and local officials.

For his part, Mr Biden this week promised a more robust, national distribution plan after he takes office on 20 January.

“As I long feared and warned, the effort to distribute the vaccine is not going … as it could go,” the incoming chief executive said of the vaccine distribution effort being led by the outgoing one, Donald Trump, who has mostly left the last stages of getting the drugs into arms in the hands of state and local officials.

Mr Biden earlier this week said he has “instructed my team to prepare a much more aggressive effort” intended to “boost the pace of vaccinations”.

“This will take more time than anyone would like and longer than the promises of the Trump administration have suggested,” Mr Biden said, vowing to put in place a “vast new effort that’s not yet underway”.

As Mr Trump spent that and most days recently golfing at one of his resorts in South Florida, the former vice president said he would “move heaven and earth to get us going in the right direction”.

One of the things Mr Biden said he intends to do is use the Defense Production Act to “order private industry to accelerate” production of vaccine-related materials. Democrats have long complained Mr Trump has not used the act, which gives a commander in chief vast powers to use the private sector during emergencies, often enough.

But the outgoing president also claimed on the NYE video, without naming one, that other world leaders are calling about the vaccines to “thank me”.

“In fact, this week, we started not only pushing first dose vaccine, but we started pushing second dose vaccine for the Pfizer vaccine as people who received the first dose around 4 January will start to be eligible for the second dose. We wanted to… ensure that the vaccine was available to all,” the general said.

“You know, the cadence for our execution is really coming into good posture,” he claimed even as critics blast the administration’s rollout.

Even while promising to vaccine 1 million New York City residents by the end of January, mayor Bill De Blasio said the Trump-led effort is dragging.

“We need some help. We need the federal government to speed up. We need the manufacturers to do what they need to do,” he told CNN on Thursday. “Really, the vaccines need to go where they can be used. We have the capacity to make it happen right down to the grassroots, and I think the way you do great things is by setting great goals.

“So we are going to show it can be done. I agree with the president-elect, I think Joe Biden is 100 per cent right,” he added, “this thing is not moving the way it needs to in the United States of America.”