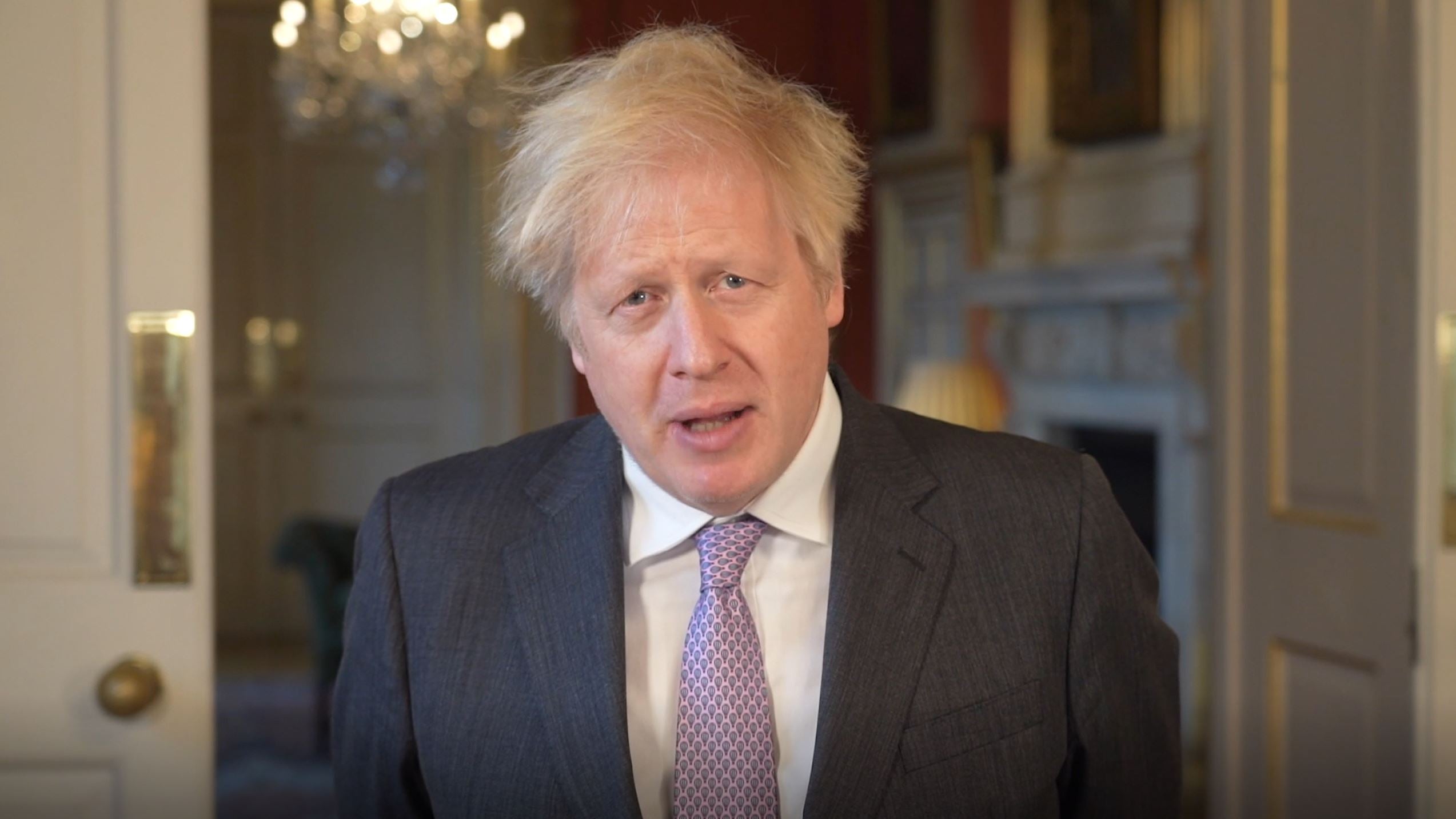 Boris Johnson hailed the UK’s exit from the EU’s single market and customs union overnight as “amazing moment” in his new year message. “We have our freedom in our hands and it is up to us to make the most of it,” said the prime minister.

Ireland’s foreign minister Simon Coveney warned of inevitable disruption ahead, as the first lorries and ferries go through a series of new controls on Friday morning. The Road Haulage Association said businesses were anticipating “invisible chaos” over the coming weeks.

It comes as French president Emmanuel Macron attacked the “lies and false promises” which led to Brexit in his own new year message. SNP leader Nicola Sturgeon said Europe should “keep a light on”, claiming Scotland will be “back soon” inside the EU.

Boris Johnson said the decision to leave the single market and customs union ended a “47-year experiment” of EU membership.

In a piece for The Telegraph this morning, the PM said the “great new deal” with the EU honours the “most basic promises” of the 2016 referendum, and added that the UK has “taken back control of our money, our laws and our waters”.

And in a clear sign the wans the UK to diverge from EU rules it inherited, Johnson said: “We need the Brexit-given chance to turbocharge those sectors in which we excel, to do things differently and to do them better.”

Irish hauliers have warned of “mayhem” at ports after the UK formally completed its exit from the EU. The president of the Irish Road Haulage Association (IRHA) said there would be “trouble and chaos” in the coming weeks since vital systems had not been tested.

“There will be delays, for sure,” said Eugene Drennan. “The mayhem that’s coming in Dublin Port is unbelievable. They’ve done nothing to alleviate it. They have a plan that is absolutely nonsensical …. There will be trouble and chaos.”

The IRHA predicted issues at ports across the island for the foreseeable future. “It will be a big issue,” he said. “All this regulation. There’s no space for a driver to pull up at Dublin Port. There’s no facilities and all the money that has been spent. It’s outrageous.”

Aidan Flynn, general manager of the Freight Transport Association of Ireland (FTAI), said there was going to be a period of “unprecedented change” for the movement of goods and delays were “inevitable”.

Labour peer Lord Adonis – one of the most defiant Europhiles on Twitter – has claimed the campaign to rejoin the EU “starts today”. How many Remain voters feeling equally defiant this morning?

‘Nothing to celebrate’ says Irish minister

Ireland’s foreign minister Simon Coveney said the change in trading arrangements with the UK would inevitably cause disruption.

“We’re now going to see the 80 billion Euro (£71.2bn) worth of trade across the Irish Sea between Britain and Ireland disrupted by an awful lot more checks and declarations, and bureaucracy and paperwork, and cost and delay,” he told the BBC. “That is the inevitable consequence, unfortunately, even with a trade agreement.”

Mr Coveney said the changes marked the “end of an era”, adding: “For 48 years, the United Kingdom really has been a central part of the European Union … For all of us in Ireland, that is not something to celebrate.”

‘They all laughed at me’

Nigel Farage offer a dignified and magnanimous response to the UK completing the Brexit process last night. Only joking. The Brexit Party leader gloated in his own inimitable way, with red wine, a cigarette and the claim: “They’re not laughing now.”

The first ferry has arrived at Dublin Port under new trade rules following the end of the Brexit transition period. The Irish Ferries’ ship Ulysses docked at 5.55am, having travelled from Holyhead in Wales.

And the first lorry has already gone through new controls at the Eurotunnel as it heads for Europe. No 10 will be pleased there are no signs of visible chaos at the border. But Rod McKenzie, head of the Road Haulage Association, said companies were still anticipating “invisible chaos” over the coming weeks.

McKenzie said that the first few of every new year are usually very quiet, but normal flows will start to build on Monday. “It is only then that problems will begin to emerge.”

It emerged on new year’s eve that only 450 lorries had applied for permits to allow them to enter Kent. Officials are hoping that the tiny figure is simply a reflection of low traffic volumes on the new year bank holiday.

“The United Kingdom remains our neighbour, and also our friend and ally,” French president Emmanuel Macron said in his own new year’s address to the nation.

But Macron also had some harsh words about the UK’s exit from the EU, attacking the “lies and false promises” which led to Brexit. He also described the process as the “child of a malaise within the EU”.

Scotland ‘will be back’ in EU, says Sturgeon

SNP leader Nicola Sturgeon has said Europe should “keep a light on” as Scotland will be “back soon” in the European Union.

Brexiteers MPs have claimed the UK’s formal departure from the EU marks the greatest political reform since the advent of British democracy as they heralded the end of the transition period.

Veteran Tory Sir Bill Cash claimed the completed exit from the UK was a “victory for democracy and sovereignty” that could only be compared in peacetime with the end of the Stuart dynasty and the development of parliamentary democracy.

“It is a momentous moment which, by any historic standards, can only be compared in peacetime to what happened in the late 1680s and ‘90s,” he said.

ERG chief Mark Francois said the UK had its “liberty” back. “Tonight we get a chance to wave both 2020 and the EU goodbye, within an hour of each other … After a truly terrible year and a great struggle for our liberty, it’s a marvellous example of a buy one, get one free.”

So, how does 2021 feel so far? Feeling more open and generous? Boris Johnson said he wanted the UK to be an “open, generous and outward-looking” country now that we have left all of the EU institutions

“We have our freedom in our hands, and it is up to us to make the most of it,” the PM said in his new year message.

Despite last night’s muted new year celebrations, Johnson declared it “an amazing moment for this country,” in a message broadcast as the UK completed its departure from the EU.