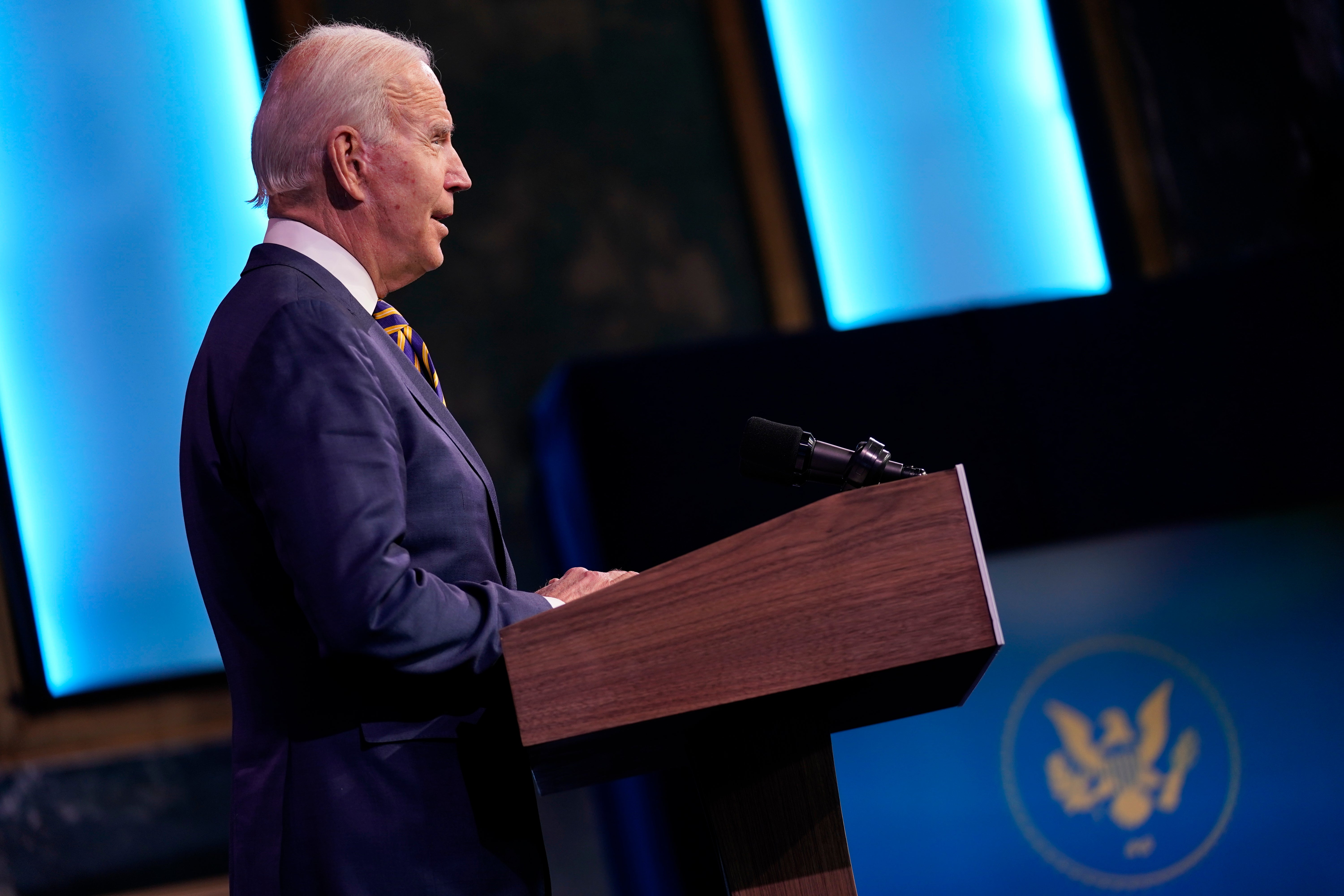 The Trump administration’s budget director is allegedly keeping key staff from meeting with the Biden transition team, preventing the incoming administration from fully preparing its long-term plans on issues like health care, climate change, and taxes. It’s the latest flare-up in a chaotic transition process. The White House denies it’s holding up the process.

Earlier this week, the president-elect complained he was being stymied by uncooperative officials at the White House Office of Management and Budget (OMB), as well as the Pentagon.

“Right now we just aren’t getting all the information that we need from the outgoing administration in key national security areas,” Mr Biden said. “It’s nothing short, in my view, of irresponsibility.”

His campaign has argued that delays are interfering with the Biden administration’s crucial task of responding to the coronavirus pandemic.

“OMB’s refusal to cooperate impairs our ability to identify opportunities to maximize the relief going out to Americans during the pandemic, and it leaves us in the dark as it relates to Covid expenditures and other gaps,” Yohannes Abraham, executive director of the Biden transition team, told Bloomberg, which reported the alleged delays.

The official at the heart of the alleged delays is OMB director Russ Vought, who unnamed sources told Bloomberg has argued the administration needs to focus on finishing the Trump administration’s final planned regulations before leaving office in three weeks. Mr Vought strongly denied he was putting up any roadblocks in front of the Biden transition team (BTT) in a letter and a series of tweets.

“As the record shows, OMB has fully participated in appropriate transition efforts,” Mr Vought wrote Biden transition team chief Ted Kaufman in a letter dated Thursday. “What we have not done and will not do is use current OMB staff to write the BTT’s legislative policy proposals to dismantle this administration’s work.”

He also said that the OMB apportioned $9.9 million for the transition process, had briefed the transition team on Covid, and had taken more than 45 meetings with Biden staff to “discuss specific issues, operational questions, and more,” plus provided all requested information.

Congress ultimately decides what money the federal government is spending, but the incoming president often begins preparing their budgetary recommendations before even taking office, as they are important statements of priorities. Any attempt to jam up that process would be unprecedented, William Hoagland, a former top Republican Senate budget aide, told Bloomberg.

“Not having access to OMB and preparing their budget will further delay any actions they want to pursue,” he said. “There will be a serious delay in the incoming Biden administration’s ability to put forward their budget.”

The transition process has been the exact opposite of a peaceful transfer of power. President Trump still hasn’t conceded the election, even though it’s been definitive for weeks, instead daily spouting false accusations of mass voter fraud and illegitimacy.

The federal government agency that handles the transition process, the General Services Administration (GSA) also didn’t acknowledge Mr Biden as the winner until three weeks after election day, keeping funds and logistical support from the incoming administration in the midst of a coronavirus pandemic killing scores of Americans every day.

The Trump administration’s own transition process into the White House was just as acrimonious.

After Mr Trump won the election, president Obama said he dedicated himself to his successor’s success.

“My number one priority in the coming two months is to try to facilitate a transition that ensures our president-elect is successful,” Mr Obama said at the time. The two men had a meeting in the Oval Office the day after Hillary Clinton conceded.

Much of the planning the Trump team did do was cast aside with the firing of Chris Christie, the former New Jersey governor, who was head of the Trump transition team until personal feuds with Jared Kushner boiled over. During his time as a US attorney, Mr Christie prosecuted Jared father Charles Kushner, recently pardoned by the Trump administration, for various financial crimes.

Mr Christie wrote in a recent autobiography that the Trump team discarded 30 binders worth of material, which “got rid of guidance that would have made their candidate an immensely more effective president” and “stole from the man they’d just helped elect the launch he so richly deserved.”