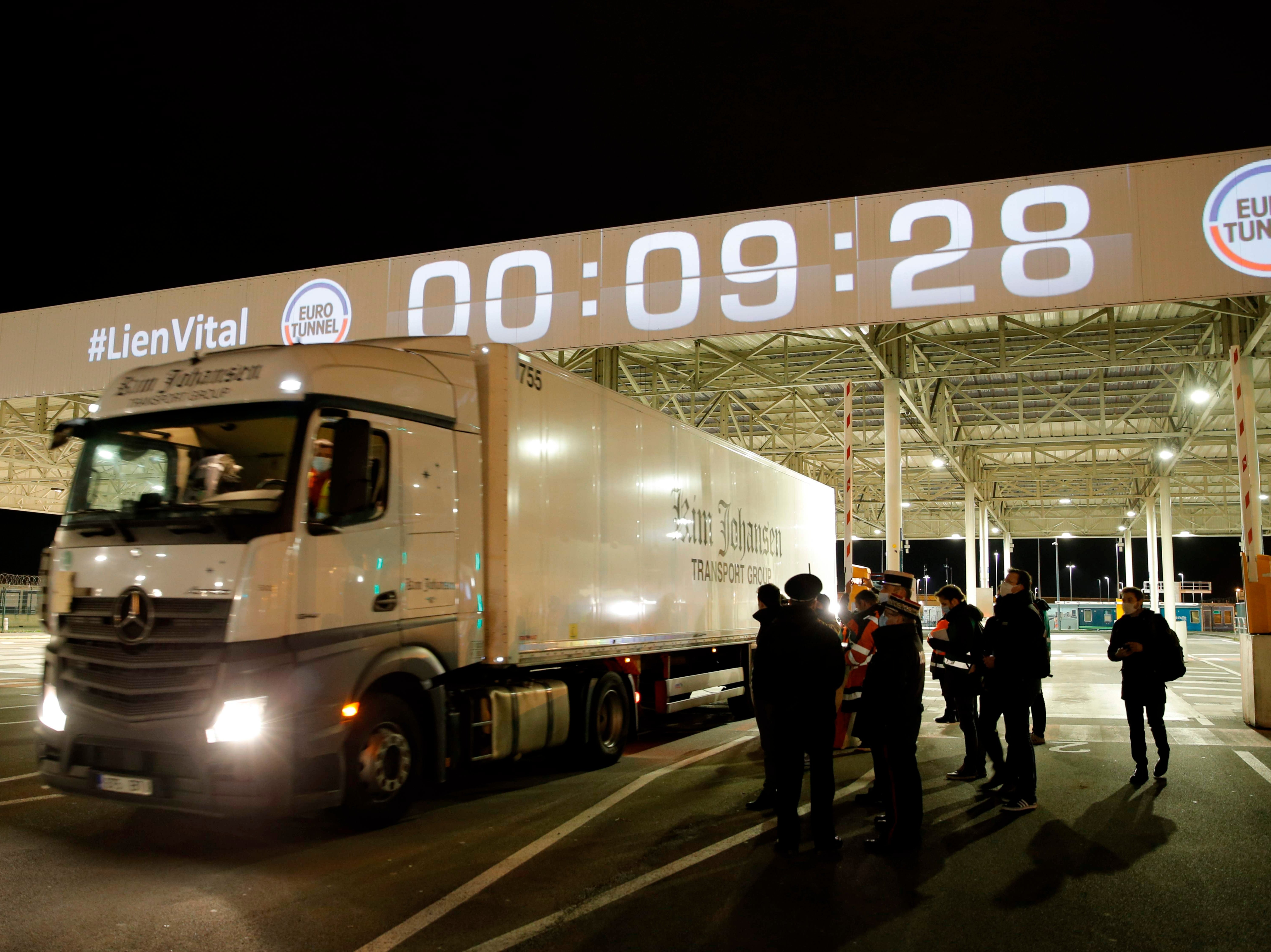 The first lorry passed through the new customs border into France just minutes after the UK’s historic departure from the single market.

Driver Slavi Ivanov Shumeykov smiled and waved as his HGV was processed by officials late on New Year’s Eve.

The first arrivals on the shuttle from France following the end of the Brexit transition period were expected at about 12.23am.

Scenes in Dover have been quiet as many hauliers have been staying away to avoid being the first to test new border controls.

There had been fears of disruption in Kent as the UK counted down to 11pm and the end of the Brexit transition period, following chaos on the roads last week.

However, nightmarish visions of miles-long lorry queues may not become a reality as businesses seek to avoid crossing the Channel altogether and customs officials take a “flexible” approach.

UK officials say they are confident the mechanisms in place are ready to go.

The change of systems at the Eurotunnel as the UK leaves the single market and customs union is expected to be “seamless”, a spokesperson for the shuttle service said.

John Keefe said: “For the majority of trucks they won’t even notice the difference.

“There was always the risk that if this happened at a busy time then we could run into some difficulties but it’s happening overnight on a bank holiday and a long weekend.

“There is a much lower level of traffic going across the Channel than a regular night.”

He added that there was “no residue” left from the huge queues of lorries in Kent caused by France effectively shutting the border with the UK earlier in December amid fears over Covid-19.

Tudor Price, deputy chief of Kent Invicta Chamber of Commerce, said lorry drivers headed for the border in next few days after the end of the transition period will see a “relaxed” approach from HMRC.

“The government can’t expect businesses to now have everything up and ready in that few hours,” he said.

“Because things have been done so late all the HMRC officials we have spoken to are taking a very relaxed and pragmatic view of the fact that we have only just started to see the text of the deal.”

0 0 0 0
Previous : Brexit ‘not something to celebrate’, Ireland’s foreign minister says as UK completes EU exit
Next : Power to the people: A year of activism on the streets of London | The Independent