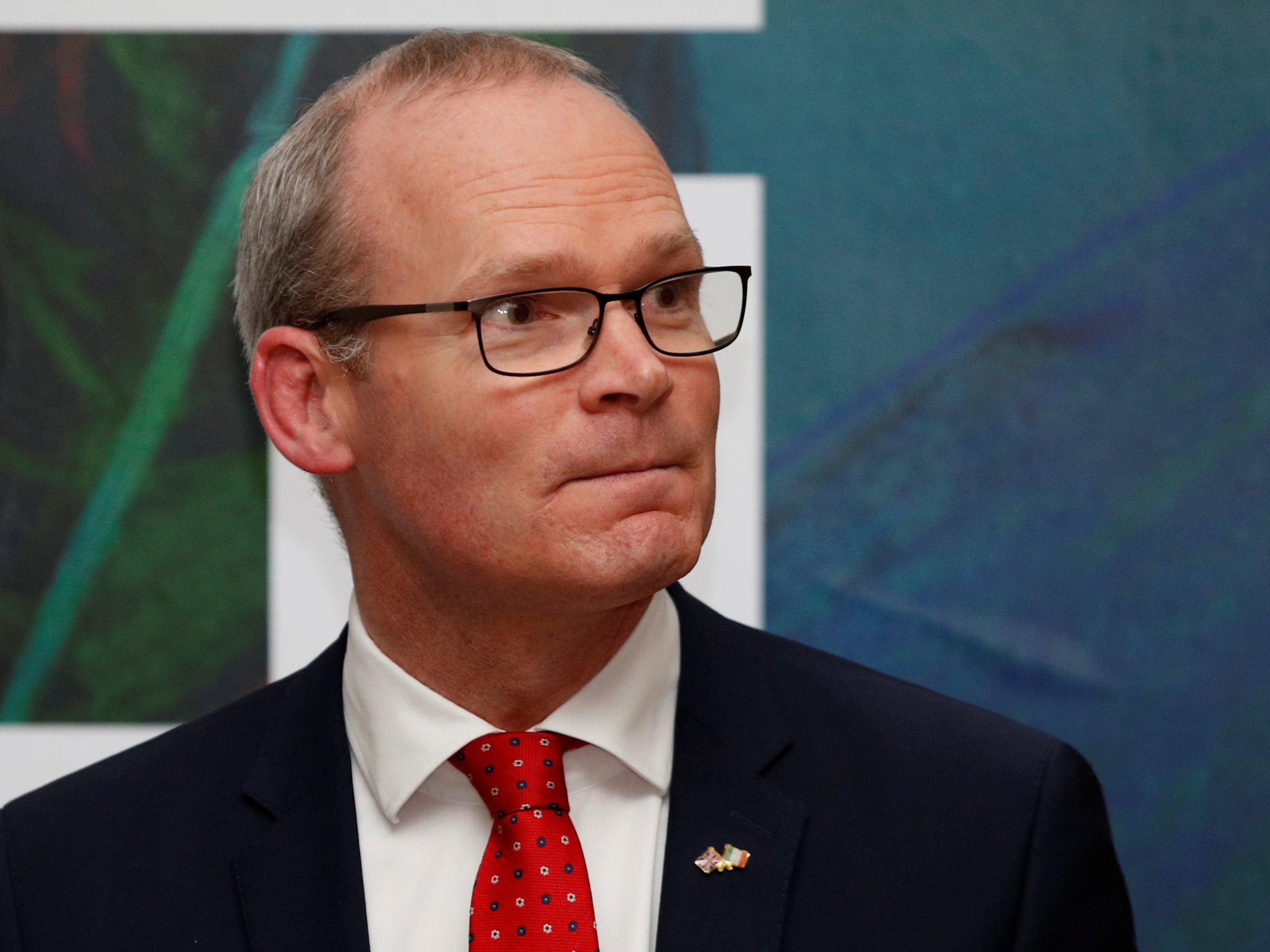 Brexit is “not something to celebrate”, Ireland’s foreign minister Simon Coveney has said.

Mr Coveney said the Republic will try to build “a strong and positive new relationship” with the UK following its formal transition out of the EU on New Year’s Eve.

But he said that withdrawal from the EU – even with the Trade and Cooperation Agreement reached by Boris Johnson on Christmas Eve – will inevitably mean “an awful lot” of expensive and burdensome additional paperwork for goods moving between Britain and Ireland.

He insisted there would be no more checks on movements between Northern Ireland and the Republic as a result of Brexit, but said there will be additional checks on goods arriving in the north from the British mainland.

Speaking to BBC Radio 4’s Today programme, Mr Coveney said: “Today is the end of an era. For 48 years, the United Kingdom really has been a central part of the European Union and that is now firmly ending with the end of the transition period post-Brexit.

“For all of us in Ireland, that is not something to celebrate.

“Our relationship with United Kingdom is so close, so integrated, so interwoven, politically, economically, and from a family perspective. My own personal story is so shaped by the Anglo-Irish relationship, and that’s the same for so many other Irish people.

“So we’re seeing the United Kingdom moving in a different direction on its own, chasing some notion of trying to refind its sovereignty. And that is something that we regret, but of course we accept the democratic decision.”

Mr Coveney denied that Dublin’s offer to pay for European health insurance cards and participation in the Erasmus international student exchange scheme for residents of Northern Ireland was part of a drive for a border poll and reunification.

“Under the Good Friday Agreement, there can’t be discrimination based on on anybody’s background or political perspective. And so we have always committed to people in Northern Ireland that post-Brexit we would ensure that many of the privileges that come with the EU membership – in terms of being able to study across the European Union, or being able to travel and be covered by a European health insurance card – would be extended to people in Northern Ireland.”

He added: “What we’re trying to do is create as much normality as possible. And of course, now my focus and the focus of the Irish government will be trying to build a strong and positive new relationship between the Republic and the United Kingdom in a post-Brexit era, which will be different but can still be very positive.”

Mr Coveney said that the Irish government had spent more than 30 million euros on new inspection bays, parking systems, storage facilities and animal stabling at the port of Dublin to deal with the new barriers to trade from Brexit.

He said: “We’re now going to see the 80 billion euros worth of trade across the Irish Sea between Britain and Ireland disrupted by an awful lot more checks and declarations and bureaucracy and paperwork and costs and delays.

“That is the inevitable consequence unfortunately, even with a trade agreement, which everybody I think is very relieved was signed on Christmas Eve.”

Mr Coveney said that any additional activity by the Irish Garda police force at the border over the coming days would be linked to breaches of Covid restrictions, rather than Brexit.

The withdrawal agreement reached between the UK and EU in 2019 would create a “de facto extension of the EU single market for goods into Northern Ireland”, meaning that no additional checks on cross-border movements are needed, he said.

“In terms of checks on goods, the whole point of the protocol on Ireland and Northern Ireland after Brexit is to maintain an all-Ireland economy in terms of the movement of goods,” he said.

“The only checks will be on goods coming from GB into Northern Ireland and those checks will be as limited as possible to protect the movement of goods and services within the United Kingdom as a whole.”