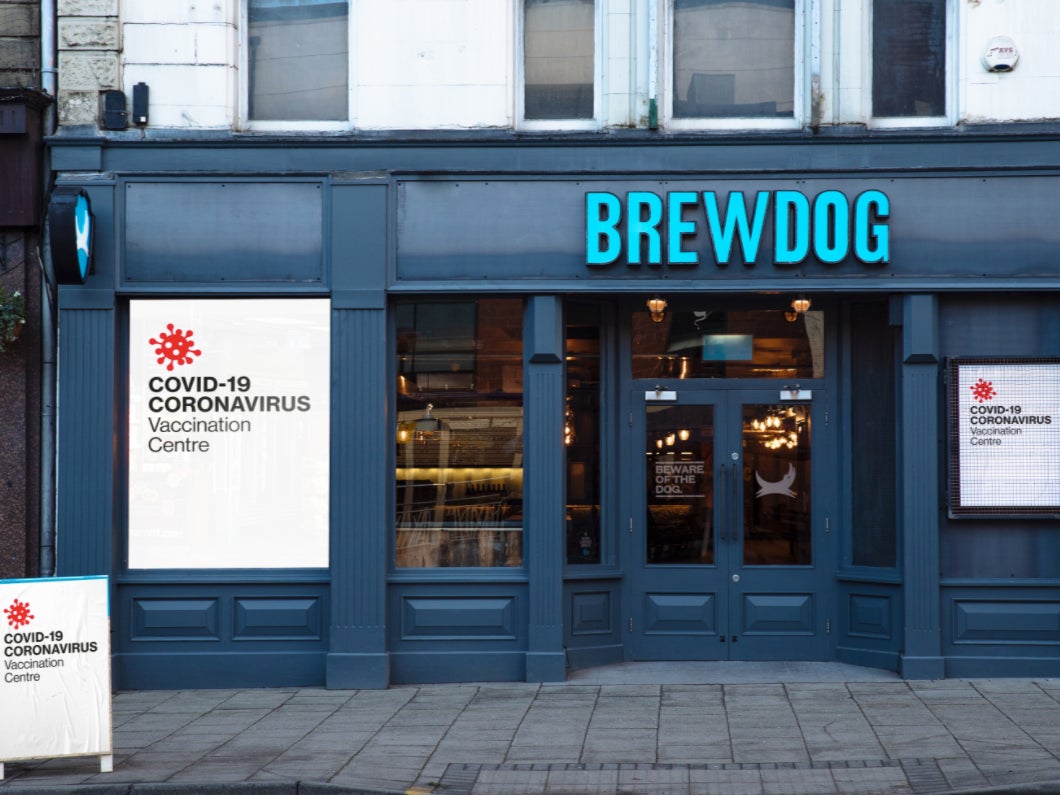 Independent craft brewer BrewDog has said it is in talks with the UK government about turning its closed bars into temporary Covid vaccination centres.

The Scotland-based company, which was launched in 2007 and it valued at almost £1.5bn, also said it would give anyone vaccinated at one of its bars a commemorative can of beer.

“We would like to offer our closed @BrewDog venues to help with a quick roll out of the vaccine. For free,” co-founder James Watt said on Thursday in a tweet directed at the health secretary, Matt Hancock, and Scottish first minister Nicola Sturgeon.

“We have waiting areas, huge refrigerators, separate rooms for vaccinations and an ace team who can help organise. We want to help.”

Ms Sturgeon responded by thanking the beer giant and saying she would pass the offer onto her vaccination team.

Mr Watt later said BrewDog was “in talks” with Ms Sturgeon and Nadhim Zahawi, the UK minister in charge of Britain’s vaccine rollout.

The offer of additional vaccine centres comes amid record numbers of new confirmed cases of coronavirus in Britain.

New Year’s Eve brought a new record high of 55,892 daily lab-confirmed cases in the UK – the highest since mass testing began in May – with a further 964 deaths within 28 days of a positive test.

Although more than a million people in Britain have now received their first vaccination, health chiefs urged doctors to back a new decision to give first jabs a priority, delaying the follow up vaccination for others.

A joint statement from England’s Professor Chris Whitty and the chief medical officers of Scotland, Wales and Northern Ireland said the public would “understand” and “thank” them for the plan.

The deployment of the newly approved Oxford/AstraZeneca vaccine will begin on Monday, almost a month after the roll out of the Pfizer/BioNTech vaccine, but second doses of either will now take place within 12 weeks rather than 21 days as initially planned.

0 0 0 0
Previous : ‘We aren’t asking for the world’: Students describe taking on universities through rent strikes
Next : Veteran Republican criticizes Trump and suggests US may need new party for ‘moderate conservatives’