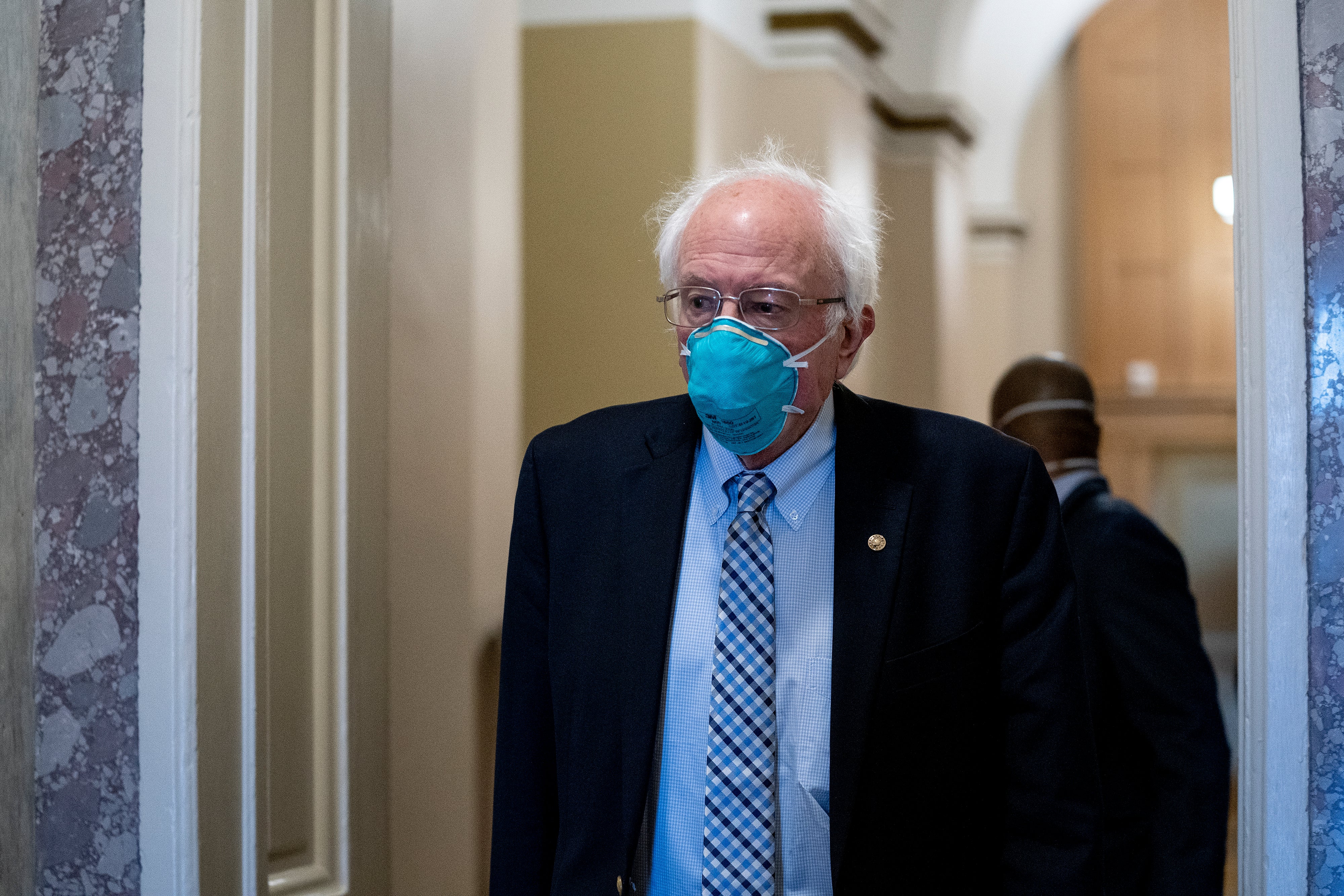 President-elect Joe Biden had pushed lawmakers and the outgoing Trump administration to provide more relief directly to Americans hit hard financially by the coronavirus pandemic. He didn’t get his wish, either.

Official Washington is limping into the new year even more awash in partisan acrimony than usual. The incoming Biden administration has an ambitious first 100 days legislative agenda. The last few weeks have shown how hard it remains to make big deals. Here is a snapshot of how the major players fared.

And since it’s still 2020, it seems fitting the losers should go first.

The outgoing president, before and after jetting to his South Florida resort for a golf-heavy holiday the White House continues to insist was a working vacation, amassed quite the list of demands for Senate Republicans.

Despite Senate Majority Leader Mitch McConnell making clear on Wednesday he is unwilling to help Mr Trump achieve any of his end-of-year goals, the president continues to threaten his party mates and demand he get his way.

Mr Trump wants Senate Republicans to uphold his veto of the National Defense Authorization Act over an issue — legal protections for social media companies he thinks slighted him in the last campaign. He wants them to approve $2,000 stimulus checks he appears to be mostly calculating would be fine starter kindling for another presidential bid in 2024. And he wants them to begin the new congressional session by rejecting the Electoral College vote and change the results to hand him a second term.

But after folding by signing a massive government spending bill that included an equally massive Covid-19 relief measure, Mr Trump is likely to be defied on all three by his own party. Even worse, he is being ignored.

The duo pushed for direct payments larger than the $600 ones included in the massive end-of-year government spending and Covid relief package that Mr Trump reluctantly signed into law.

But, once talks finally got serious earlier this month, they essentially caved to the lesser amount pushed by Senate Republican leaders.

The most-vocal champion of $2,000 direct payments, Senator Bernie Sanders, followed a passionate floor speech (more on that later) with a tour of evening cable news programmes. Fox News host Brett Baier asked the progressive icon if that massive package providing only $600 payments should be “put back in the lap” of the House and Senate Democratic leaders.

“My view has always been, as you know, that the $600 was not adequate,” Mr Sanders replied. “I wanted more. You make a fair point.”

Talk about being backed against a buzzsaw by your leader.

Mr Trump’s demands that congressional Republicans on 6 January challenge the results of the Electoral College outcome that, 306-323, made Joe Biden the president-elect.

Mr McConnell, on his caucus’s final conference call of the year, urged his members to avoid any urge to join House conservatives’ cause. He’s worried about his 20 GOP senators facing voters in 2022 — and the conservative primary challengers they might face. Mr Trump has promised to spend at least part of his post-presidency taking on Republicans who defied him in the party’s primaries.

Mr Hawley and the House conservatives are expected to fall well short of the two-thirds majorities needed in each body to uphold the electoral challenges. That’s because many Republicans in each chamber will join with Democrats to uphold the election results that handed President-elect Joe Biden a 306-232 Electoral College win.

The roll call vote results from 6 January will hand Mr Trump something of an enemies list — within his own party. He will leave the White House on 20 January, one way or another, but he is poised to make a major impact for years to come.

Sometimes in politics you win even when you lose.

The Vermont progressive icon got nothing in this brouhaha. But he got some quality camera time on Wednesday afternoon to rant and rave on the Senate floor.

“If you want to vote against $2,000 checks for people in your state, vote against it. … All that we are asking for is a vote. What is the problem?” Mr Sanders roared in an emotional floor speech.

“In the house over two-thirds of the members of that body, including 44 Republicans, voted to say that at this time of economic desperation, working families deserve help and they deserve a $2,000 check and as Senator Schumer just indicated, we have a very unlikely ally in President Trump. Nobody here will disagree with Trump more times than I have — and, yet, here is what the leader of the Republican Party says. He says ‘$2,000 ASAP.'”

It was a vintage Bernie moment, followed by the aforementioned Fox News hit that allowed him to again play the concerned populist — and keep alive any 2024 hopes he might harbor.

Sure, he is holding up more federal aid to Americans, many of whom have lost their jobs and fallen on hard financial times during the pandemic.

But he was under fire for weeks to do more than he has done or said he would do on every single piece of year-end legislation his chamber has taken up or will take up before this Congress expires on Sunday.

“The Senate is not going to be bullied into rushing out more borrowed money into the hands of Democrat’s rich friends who don’t need the help,” Mr McConnell said, standing his ground again a president of his own party and even some of his GOP colleagues on Capitol Hill.

“We just approved almost a trillion dollars in aid a few days ago. It struck a balance between broad support for all kinds of households and a lot more targeted relief for those who need help the most,” the majority leader added. “We’re going to stay smart. We’re going to stay focused.”

As always, Mr McConnell is playing the long game.

His digging in sends a message to Mr Biden and Democrats about the incoming president’s plans to push for an even larger Covid relief package early next year. Whether he is the majority or minority leader in a closely divided chamber, the new chief executive will need him to push any stimulus bill to passage.

A little end-of-year muscle-flexing is a reminder he will likely be the key player in another round of talks.

0 0 0 0
Previous : Mysterious dwarf planet-sized asteroid is hidden in our solar system, study suggests
Next : UK Covid cases break another new record with 55,892 in 24 hours and 964 deaths