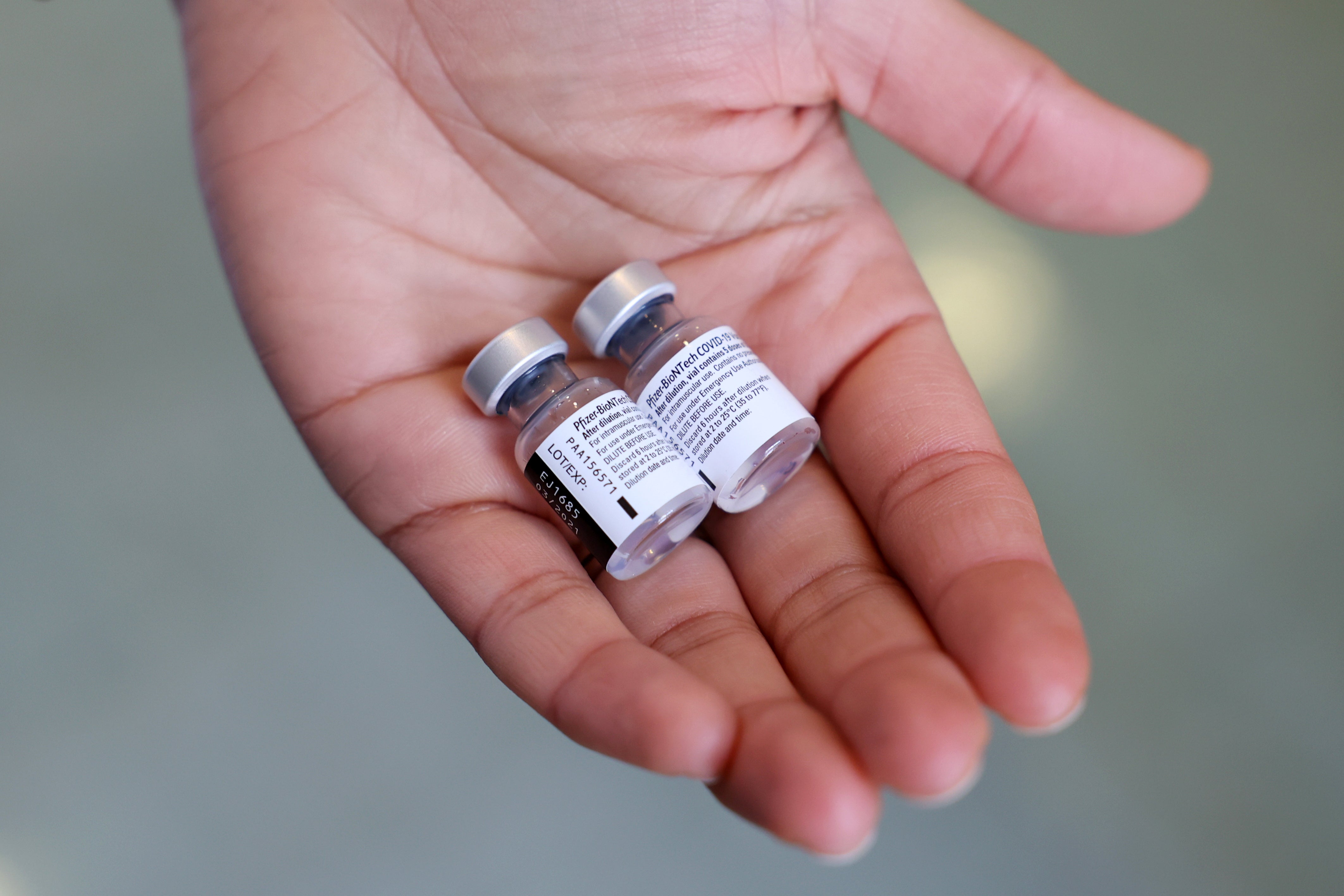 The US has not met its goal to vaccinate 20 million people by the end of 2020, with fewer than 3 million Americans receiving their first dose from two fast-tracked Covid-19 vaccines by New Year’s Eve.

Donald Trump’s administration sought to distribute 40 million doses of the two approved vaccines by the end of the year, enough to innoculate 20 million people, as both vaccines require two shots. But roughly 12.5 million doses have been distributed, and only 2.8 million of those doses have been administered, according to the Centres for Disease Control and Prevention.

Even if there are significant lags in the CDC reporting system as states’ vaccination efforts are underway, “that number is lower than what we hoped for,” said Moncef Slaoui, scientific adviser of Operation Warp Speed, the White House effort to boost vaccine development and drug treatment to combat the disease.

“We know that it should be better, and we’re working hard to make it better,” he told reporters on 30 December.

Reports from across the US illustrate the scope of the shortfalls and confusion – from 500 “intentionally” damaged doses that were discovered in Wisconsin, to pharmacists in Texas watching doses expire without any guidance to administer them, and a chaotic first-come, first-served process in Florida, overwhelmed by demand and forcing older Americans to wait in hours-long lines.

Complaints from frontline health workers who did not have access to the first round of vaccines surfaced as administrative employees and pharmaceutical company staff, as well as members of Congress, lined up for their first shots.

State-by-state distribution varies widely. Within the third week of vaccinations, most states have not mobilised vaccines to long-term care centres, devastated by infections and deaths.

Days before the close of 2020, the president has shirked responsibility, casting blame on state and local officials by announcing on Twitter that “it is up to the States to distribute the vaccines once brought to the designated areas by the Federal Government. We have not only developed the vaccines, including putting up money to move the process along quickly, but gotten them to the states.”

On New Year’s Eve, he hailed Operation Warp Speed’s success in creating a vaccine by the end of the year but did not mention his administration’s promise to inoculate millions by the time of his announcement.

The president also delayed signing into a law a $940bn billion pandemic relief package that includes $8bn to local governments for vaccine distribution. On Wednesday, Dr Nancy Messonnier, director of the CDC’s National Center for Immunization and Respiratory Diseases, said the agency was reviewing the funds and moving them to states “as soon as possible.”

But the nation’s failure to mobilise from the jump, despite months of planning around the federal government’s only solution to combat a crisis that has killed more than 340,000 Americans, is largely due to the same institutional failures that have kneecapped the US response to the pandemic: An inconsistent and delayed federal response leaving chronically under-funded public health systems to fend for themselves.

Critics have pointed to Operation Warp Speed’s urgency to research and produce a vaccine without the same urgency to send it out.

“We need to remember that these are new vaccines on new platforms with slightly complex requirements for storage, handling and administration, and we’re launching a vaccine campaign in the midst of a pandemic surge after a year that’s drained and strained health care providers and public health departments,” the CDC’s Dr Messonnier told reporters on Wednesday.

“It’s been a really short period of time, and again, these are somewhat complicated and there is a reason – the vaccines are precious and jurisdictions are appropriately being careful with them,” she said. “I really do expect next week when the holidays are over for those numbers to rapidly jump as jurisdictions move ahead quickly to protect their health care personnel and also their long-term care facility residents.”

Front-line health workers and long-term care residents encompass the “easy” part of the vaccine rollout – but scaling up to vaccinate millions of other Americans presents a greater challenge.

Achieving “herd immunity” with a vaccine would need at least 75 per cent of the population to get it, or roughly 250 million people.

Despite early optimism among administration officials promising as many as 100 million doses available by the end of the year, a much smaller goal to vaccinate 20 million Americans was “unlikely to be met” and that the process was “slower than we thought it would be” as soon as vaccines became available earlier this month, Dr Slaoui said.

During a briefing on 20 December, he said: “The mistake I made is not understanding with exactness – again my responsibility – on all the steps that have to occur to make sure the vaccine is releasable.”

“At the pace the vaccination programme is moving now, it would take years, not months, to vaccinate the American people,” he said in remarks from Delaware.

The president-elect has pledged to administer 100 million shots of vaccine within his first 100 days, enough doses to vaccinate 50 million people, but it remains unclear how the plan could play out differently, relying on the same broken infrastructure during the growing crisis.

Senator Ed Markey derided the federal vaccine response as “Operation Snail Speed” in remarks on the Senate floor on Wednesday, as Senate Majority Leader Mitch McConnell blocked a vote on a bill to send most Americans direct payments of $2,000.

“Republicans have refused to fund our public health system at the state and local level, we have Operation ‘Snail’ Speed to put the vaccinations in the arms of the Americans people – it was anticipatable,” he said. “We got the warning. Republicans refused to heed that warning.”

The federal government has partnered with retailers like Costco, CVS and Walmart to administer vaccines in their stores. Roughly 40,000 locations across the US have signed on.

“What we should be looking at is the rate of acceleration over the coming weeks,” Dr Slaoui said.