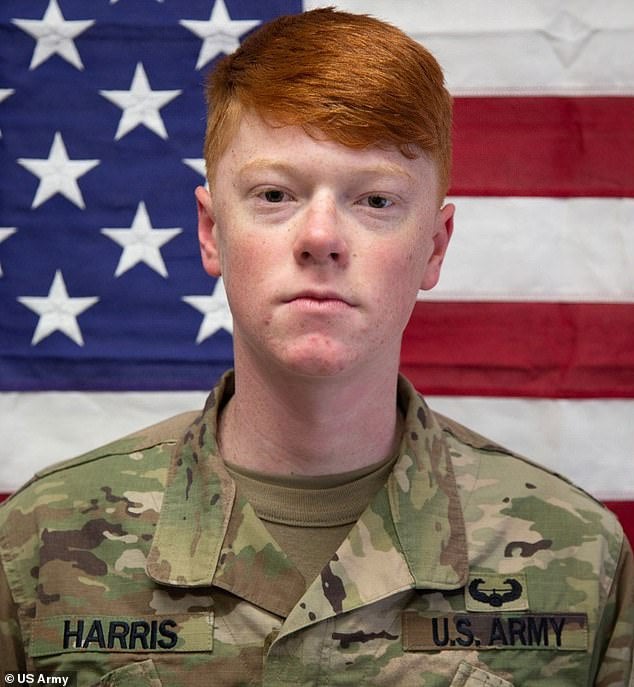 A US Army soldier at Fort Drum and a 16-year-old boy have been charged with the kidnapping and murder of Corporal Hayden Harris.

Private Jamaal Mellish, 23, and the 16-year-old were charged with first-degree murder, kidnapping, and second-degree weapons charges.

Mr Harris was reported missing from the base on 18 December. His body was eventually discovered by firefighters who saw blood and a pair of shoes near where he was dumped.

When the firefighters found the body, they discovered that Mr Harris had a gunshot wound to his head.

The conflict that led to the murder appears to have been over a vehicle. Mr Harris apparently met Mr Mellish regarding a pickup truck. Mr Mellish then allegedly abducted Mr Harris, drove him nearly 300 miles from the base, and killed him.

It is not immediately clear why the conflict escalated to murder.

No motive has been released in the case and it is unclear how the 16-year-old is connected to the slaying.

Mr Harris had joined the 10th Mountain Division based out of Fort Drum.

Family and friends said he was called “Opie” in his hometown due to his red hair, and said he was passionate about joining the US Army.

“It is well known here that Corporal Harris was a great Soldier, and we share our grief with his friends and Family, I hear again and again how he was also – and most importantly – a really wonderful, caring person,” he said in a statement. “His death is a tremendous loss for his loved ones, this division and our nation.”

The investigation into Mr Harris’s death is ongoing.

0 0 0 0
Previous : How to keep your New Year’s resolutions | The Independent
Next : David Perdue: Georgia senator up for reelection quarantining after Covid exposure