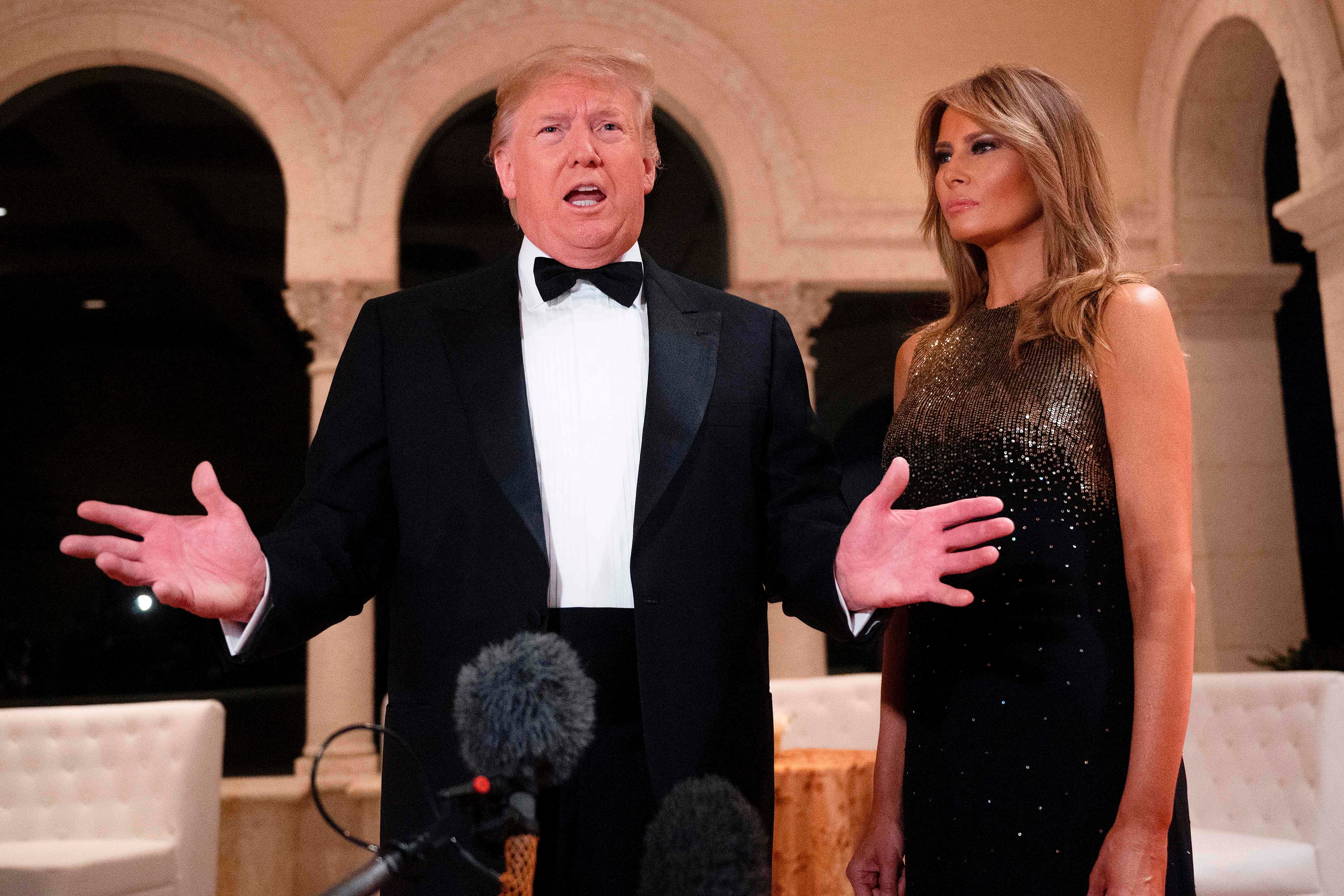 Donald Trump is returning early to Washington on Thursday, cutting short his Christmas break and missing out on the annual New Year’s Eve party at his Florida residence Mar-a-Lago despite charging attendees $1,000 per ticket.

Back in DC, the president will continue his protest against the certification of November’s election results in the Senate on 6 January, at which Republican senator Josh Hawley will voice his objections to Democrat Joe Biden’s win even though the Trump campaign has still failed to turn up any evidence of the mass voter fraud it alleges.

The US Secret Service is meanwhile reportedly making changes to its presidential detail tasked with protecting Mr Biden in order to root out alleged Trump loyalists from its ranks.

The president was recently briefed that Beijing paid non-state actors to attack US soldiers in Afghanistan, according to two senior administration officials who spoke to Axios.

The source of the intelligence is not yet known but, if true, could have major repercussions for US-Sino relations, already frosty over the trade war and Trump blaming the rival superpower for Covid.

China has, naturally, denied the story in Trumpian terms as “fake news”.

Gino Spocchia has the details.

‘The Democrats are suddenly leading in Georgia, and the GOP should be worried’

Michael Salfino has the latest polling analysis from the Peach State with just days to go.

Here’s Shweta Sharma with a reminder of our top story this morning – the president not showing up at all for a party he’s been charging $1,000 a ticket for.

Nice work if you can get it.

Cyrus Vance Jr is turning up the heat on the 45th president, whose problems may only just be beginning as he prepares to leave office, with tax probes like this underway and hefty loan repayments apparently coming due.

Graig Graziosi has the latest.

Jon Ossof accuses Kelly Loeffler of ‘campaigning with a Klansman’

Sticking with Georgia, this was an incredible moment from the aspiring Democratic senator, who defended his fellow runner Reverend Rapahel Warnock against corruption allegations live on Fox News before accusing Warnock’s opponent, Republican Kelly Loeffler, of “campaigning with a Klansman”, alluding to her posing for a photograph with white supremacist Chester Doles.

“Right now, we have a crisis of corruption in American politics,” Ossoff said. “And since we’re live on Fox, let me take this opportunity to address directly the Fox audience. We have two United States senators in Georgia who have blatantly used their offices to enrich themselves. This is beyond partisanship.”

On Warnock versus Loeffler, he said: “She’s stooping to these vicious personal attacks to distract from the fact that she has been campaigning with a former member of the Ku Klux Klan. We deserve better than that here in Georgia. And I want to encourage everybody to make a plan to vote on Tuesday.”

Georgia governor dismisses Trump’s call for his resignation as ‘distraction’

The president tweeted this of beleaguered Republican Brian Kemp on Wednesday, calling him “an obstructionist” and demanding he step down for his refusal to support Trump’s evidence-free campaign to overturn his 306-232 election defeat.

Kemp responded by telling reporters: “All these other things – there is a constitutional and legal process that is playing out, and I am very comfortable letting that process play out. But that horse has left the barn in Georgia and it’s headed to DC right now.”

Alluding to the crucial Senate runoffs happening in his state on 5 January, Kemp continued: “The next vote is going to be there, not here. So people need to be focused on the vote that is happening here, and that is right now in early voting and it will be on Tuesday.”

Gustaf Kilander has this on the deathly slow pace of “Operation Warp Speed”.

What a perfect end to this disastrous presidency.

The new faster-spreading coronavirus mutation discovered in the UK has reached the US west coast, according to California governor Gavin Newsom.

Meanwhile, in Harris County, Texas, the cancellation of all New Year’s Eve parties is being urged while two New Mexico megachurches are facing $10,000 fines each for pressing ahead with Christmas services and flouting social distancing guidelines.

Alex Woodward has the latest.

How Trump lost McConnell – and the payback brewing

Republican majority leader Mitch McConnell has effectively blocked the prospect of fast-tracking legislation that would send $2,000 stimulus cheques to most Americans, despite mounting political pressure and a growing public health crisis.

The Kentuckian said his chamber will not be “bullied” into a vote, after a two-thirds majority approval in the House of Representatives on Monday and demands from Trump to increase recently approved pandemic aid from $600 to $2,000.

Senator McConnell, with just days left on the legislative calendar, refused to bring the House bill to the GOP-dominated Senate floor on Wednesday, dismissing additional relief as a “firehose of borrowed money.”

He said the measure has “no realistic path to quickly pass the Senate” – instead, he has introduced a measure that ties direct payments to the president’s unrelated demands to indulge his election-related grievances, including a repeal of Section 230 of the Communications Decency Act and an investigation of voter fraud, despite the total failure to prove its existence.