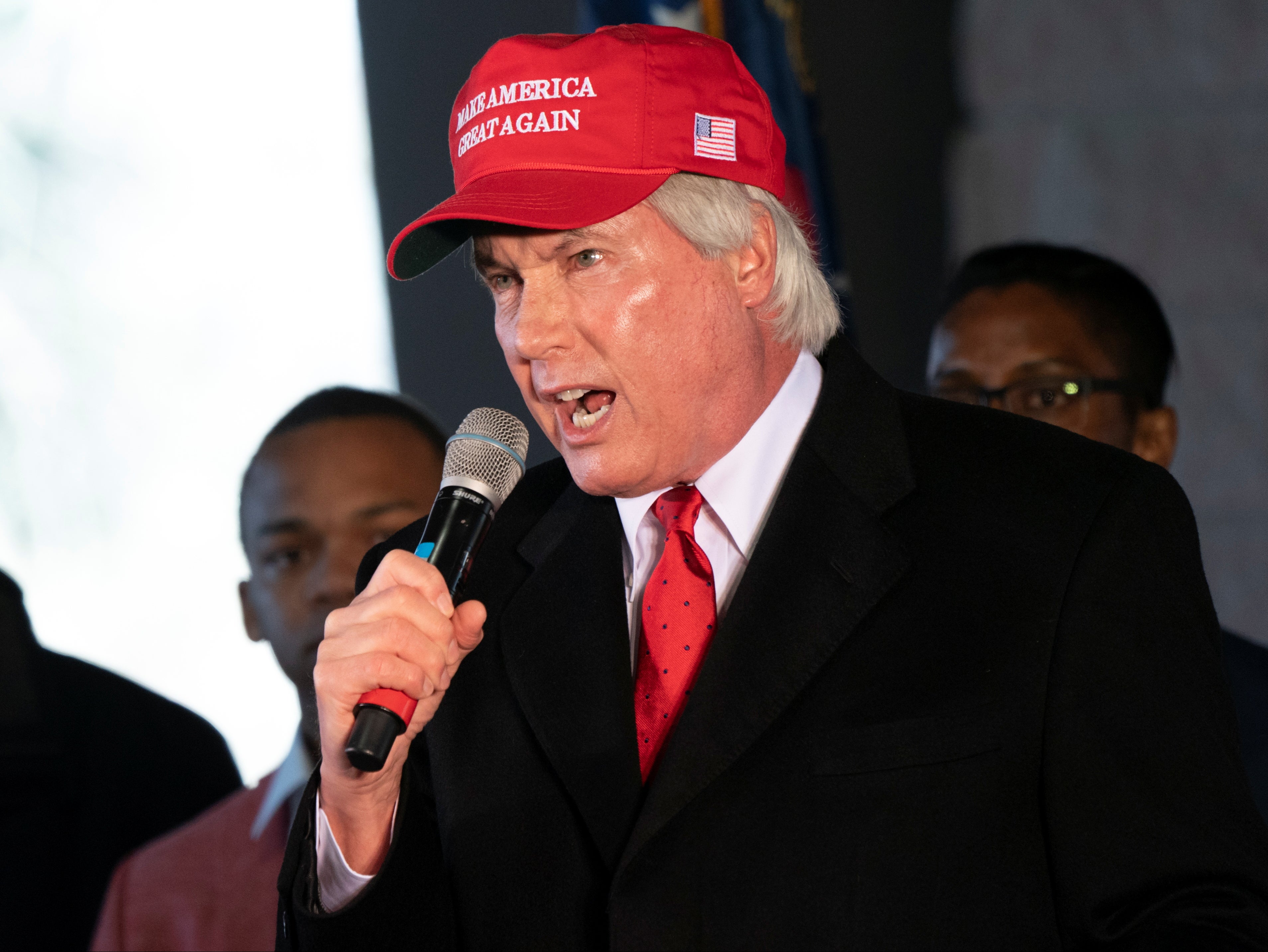 Lin L. Wood, a lawyer who has represented the Kenosha shooter Kyle Rittenhouse and who has taken up Mr Trump’s claims that massive election fraud cost him the 2020 election, made the claim on Twitter without providing any evidence.

Epstein died in prison in 2019 after he was charged with sex trafficking and conspiracy to traffick minors for sex.

Mr Wood’s latest bizarre statement was made as part of a layer cake of conspiracy theories; while he was advancing a theory that Chief Justice John Roberts had something to do with the death of Justice Antonin Scalia, who died in 2016.

“I am fully aware of the onslaught of attacks being made against me based on my revelations about Chief Justice John Roberts. Before attacking me, maybe fair-minded people would first ask Roberts to tell the truth,” Mr Lin tweeted on Thursday. “Or ask Jeffrey Epstein. He is alive.”

Epstein’s death was ruled a suicide, and Mr Scalia died of natural causes at the age of 79.

Mr Lin’s conspiratorial tweets began on Wednesday, when he questioned why Justice Roberts was discussing Mr Scalia’s successor prior to his death, insinuating Justice Roberts knew something about Justice Scalia’s impending death. Justice Scalia was nearly 80 years old with a history of high blood pressure and heart issues.

After pondering Justice Robert’s motives, he then asked if the chief justice was a member of any “club or cabal requiring minor children as an initiation fee.”

Justice Roberts has not publicly replied to the tweet.

He then went on to allege that Justice Roberts arranged for the “illegal adoption” of two children from Epstein, claiming “Epstein knows pedophilia”

Mr Wood is a believe in the QAnon conspiracy theory and has made appearances beside fellow lawyer and Trump loyalist Sindey Powell.

He has called on Georgians to boycott the upcoming runoff elections – which will determine which party controls the Senate –  after alleging the state’s Republican Governor Brian Kemp is a “Republican in name only” and is complicit in the massive voter fraud alleged by Mr Trump.

Republican officials in the state have attempted to counteract Mr Wood’s calls for boycotting the election over fears that his conspiracy theories will curb turnout among Republican voters.

Mr Wood has also suggested that supporters of Mr Trump stock up on “Second Amendment supplies” ahead of the inauguration of Joe Biden.