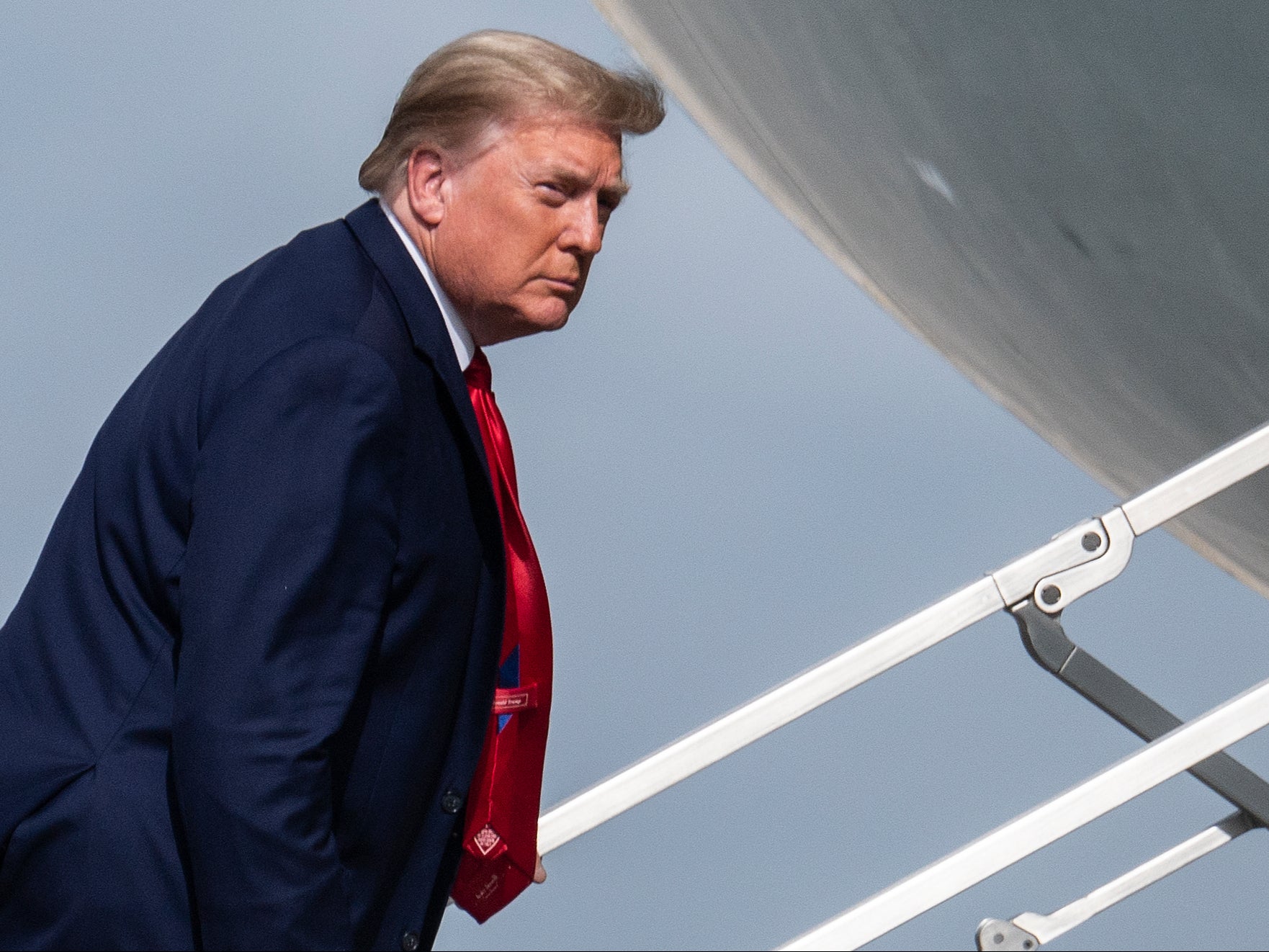 Overheard yelling at his son-in-law and senior advisor Jared Kushner on 19 August, Mr Trump reportedly demanded to “do what Mexico does” when it comes to testing for Covid-19.

“They don’t give you a test till you get to the emergency room and you’re vomiting,” he said during a gathering of top aides in the Oval Office.

The statement mirrors Mr Trump’s past thinking around how the US coronavirus cases should appear: specifically, the fewer tests conducted, the fewer positive cases on record.

The New York Times also reports that Trump was frustrated that Dr Francis S Collins, head of the National Institutes of Health, had said that it would still be a matter of days before the government could give approval for using convalescent plasma to treat Covid.

“They’re Democrats! They’re against me! They want to wait!” Trump said, arguing that the government’s top medical professionals were conspiring against him.

According to interviews with more than two dozen current and former administration officials, Mr Trump’s main concern around managing the public health crisis in the last quarter of his presidency essentially boiled down to how he could stand to benefit.

For example, as he made public promises around vaccine availability by Election Day, Mr Trump expressed worry that Joe Biden would receive credit if that deadline was hit.

When asked for a statement around the administration’s coronavirus response, White House spokesman Brian Morgenstern had only positive words. “President Trump has led the largest mobilization of the public and private sectors since WWII to defeat Covid-19 and save lives.”

Even as experts like Alex M. Azar II, the health and human services secretary, continued to impress upon Mr Trump the need for mask wearing, the president reportedly continued to blame too much testing for the worsening pandemic.

“I’m going to lose,” Mr Trump reportedly told Mr Kushner during debate preparations. “And it’s going to be your fault, because of the testing.” When questioned, Mr Morgenstern denied that the exchange ever took place.

As of Thursday (30 December), 342,577 Americans had died from the pandemic. Vice President Mike Pence, Dr Anthony Fauci, Mr Azar, and more officials have received a Covid-19 vaccine. Mr Trump, who contracted the virus in October, has not.