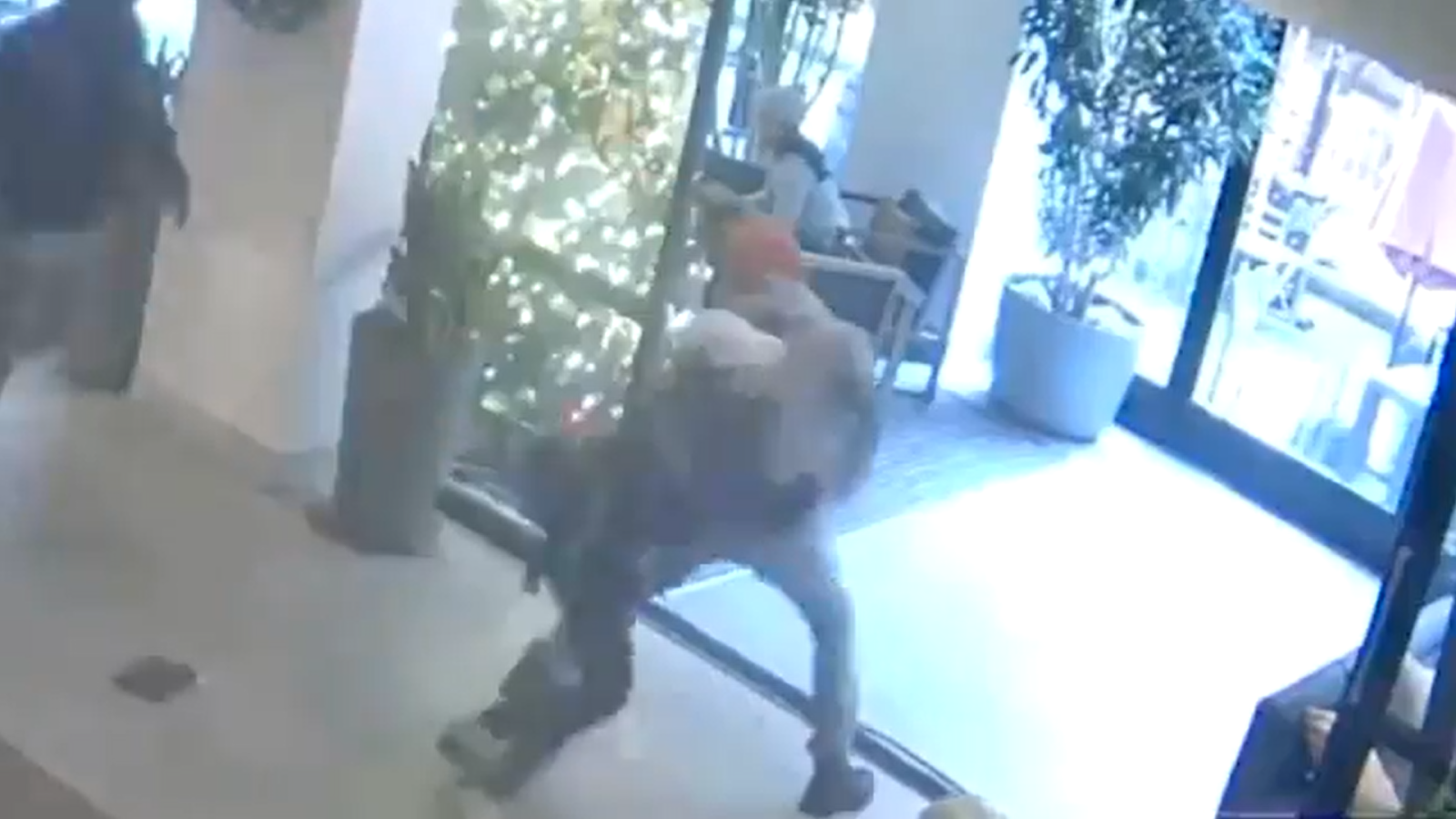 In the surveillance footage released on Wednesday, the woman can be seen apparently tackling 14-year-old Keyon Harrold Jr, who is Black, to the ground.

Ben Crump, the family’s attorney, is calling for the Manhattan District Attorney to bring assault and battery charges against the woman.

“We met with the district attorney and he informed us that they had seen the hotel surveillance video and that it was very disturbing,” Mr Crump said on Wednesday according to ABC News.

The woman’s phone was reportedly returned to the hotel by an Uber driver shortly after the incident, the musician has said.

On Tuesday, the NYPD said it planned to upgrade charges against the woman after reviewing footage of the incident.

Chief of Detectives Rodney Harrison said authorities are looking to “charge this individual with assault and maybe even look at grand larceny or maybe even attempted robbery,” according to The New York Post.

Police have identified the woman in the video but she is yet to come forward and lives out of state, according to ABC News.

The broadcaster said that it has not been able to “corroborate her account with investigators or with the hotel where the incident took place” nor did the woman provide evidence for her claims.

“After she agreed to provide evidence that could help confirm her claim that she was assaulted, she stopped responding to CNN’s phone calls and text messages,” CNN said.

The outlet did not identify the woman aside from her age as “she said she has concerns for her safety unrelated to this incident.”

According to the outlet, the woman expressed worry about possibly facing charges and her portrayal in the video adding that she would be willing to cooperate with the investigation.

0 0 0 0
Previous : Tony Hawk shares funny encounter at Covid testing site: ‘Are you related to Tony Hawk?’
Next : Trump ‘did not want anyone tested for Covid unless they were in hospital and vomiting’