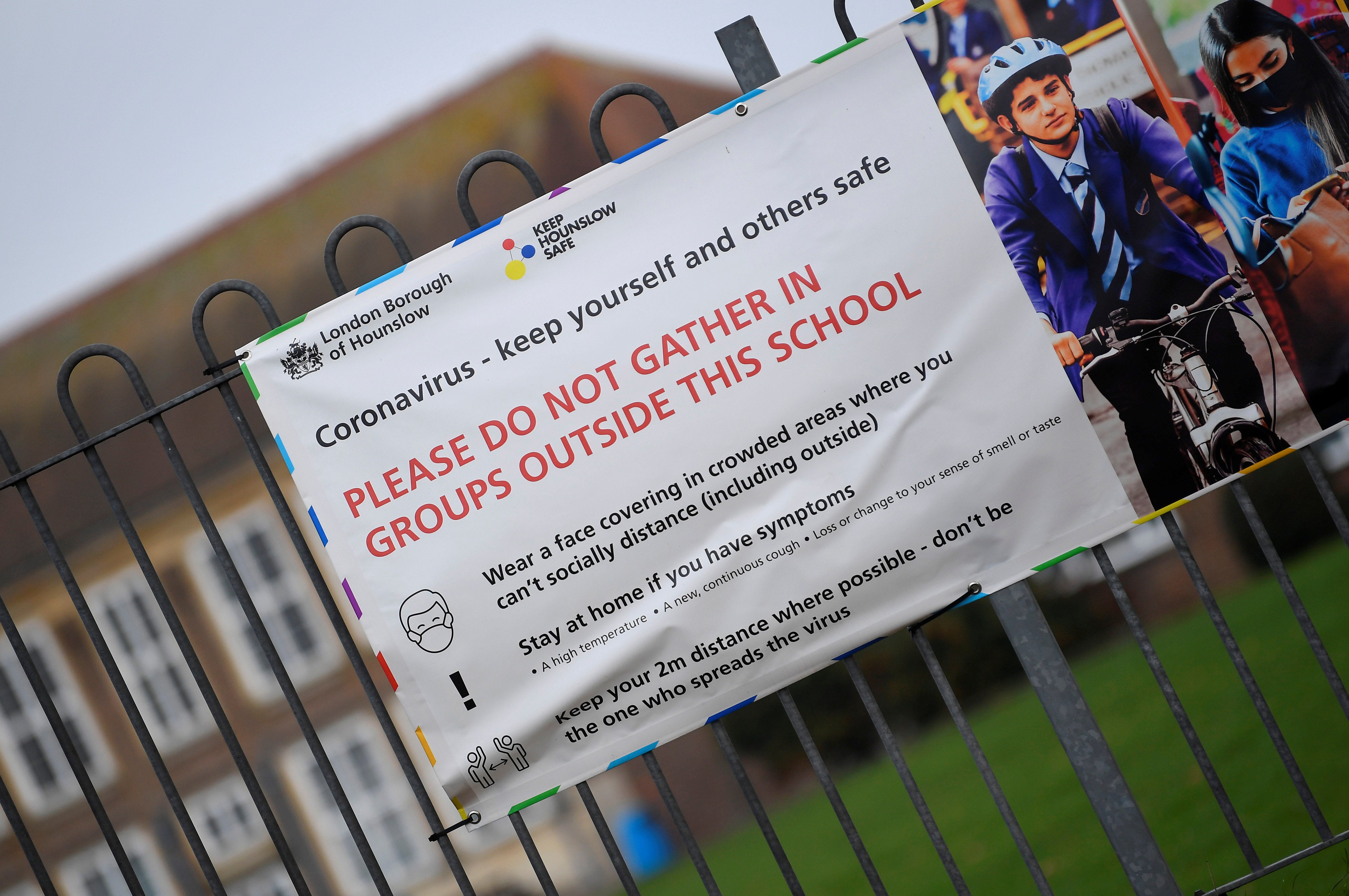 Teachers and council leaders have criticised the government’s approach to school closures amid soaring cases of Covid-19, saying it has “no logic”.

About a million primary school pupils in the areas hardest hit by coronavirus will not return to lessons as planned next week, and the expected staggered reopening of secondary schools in England will also be delayed.

The announcement by the government on Wednesday, less than a week before the start of the new term, was described as a “last-minute mess” by teachers, who accused the government of failing to heed warnings from school leaders that remote learning may need to be implemented.

In London, mayor Sadiq Khan said he was “urgently seeking clarification as to why schools in some London boroughs have been chosen to stay open”, while others “just down the road won’t”.

Council leaders in the capital have also been critical of the government’s guidance.

Danny Thorpe, the leader of the Royal Borough of Greenwich, which was threatened with legal action by the government earlier in December after it issued advice to schools to move to online learning for the last days of term, said London had been treated as “one area” throughout the pandemic and fragmenting it now would be “a massive step backwards in the boroughs’ combined efforts to fight the virus”.

“In a case-by-case comparison, there appears to be no logic to how this list was brought together,” he said.

“Kensington and Chelsea has one of the lowest infection rates for the whole of the capital, yet their children and young people are being afforded the extra protection that apparently Royal Greenwich students don’t need.

“While we are very glad that they will benefit from these extra precautions, we can only speculate why this borough was included, yet with an infection rate more than 200 cases higher per 100,000, Royal Greenwich was not.”

Richard Watts, the leader of Islington Council in north London, said: “We are now seeking urgent clarification from the government about why Islington’s primary schools are to reopen in the week of 4 January, while those in many other London boroughs will not reopen.

“It is deeply frustrating that the government has made this announcement at the last minute, just days before the start of term, weeks after it was clear coronavirus cases were surging in London.”

Philip Glanville, the mayor of Hackney in northeast London, said the area should be included on the list where primary schools do not have to reopen.

Greenwich had 2,176 new cases recorded in the seven days to 26 December, Hackney and City of London had 2,217 and Islington had 1,499, according to Covid-19 rates compiled by the Press Association.

By comparison, areas on the list included Kensington and Chelsea, which had just 768 new cases in the same period, while Richmond upon Thames had 1,219 and Hammersmith and Fulham had 1,097.

Mr Khan said it was right to delay school reopening for the worst-hit areas but said council leaders, headteachers and governing bodies were not consulted about the decision.

A list of 50 areas where it is expected that some primary schools will not open as planned to all pupils next week was published by the Department for Education and featured places in London, Essex, Kent, East Sussex, Buckinghamshire and Hertfordshire.

There are 1.05 million children aged between four and 11 in these areas, according to analysis of population figures by PA.

Liz Keeble, a headteacher of a primary school in Basildon, Essex, said she learned from the television on Wednesday afternoon that her school would not reopen next week, before hearing from her bosses.

“It’s a very difficult situation for everybody, these decisions are made right up to the wire,” she told BBC Breakfast.

However, the education secretary said he is “absolutely confident” there will be no further delays to school reopenings

Gavin Williamson moved to reassure teaching staff, pupils and parents the rescheduled staggered return dates for England would remain in place, despite concerns about safety and transmission rates among younger people.

“We are absolutely confident that all schools are returning,” he told BBC Radio 4’s Today programme.

“You’re going to see over 85 per cent of primary schools returning on Monday morning, you’re going to be seeing exam cohorts going back right across the country on January 11.”

Asked if he can guarantee that, Mr Williamson said: “We are absolutely confident that is what is going to happen.”