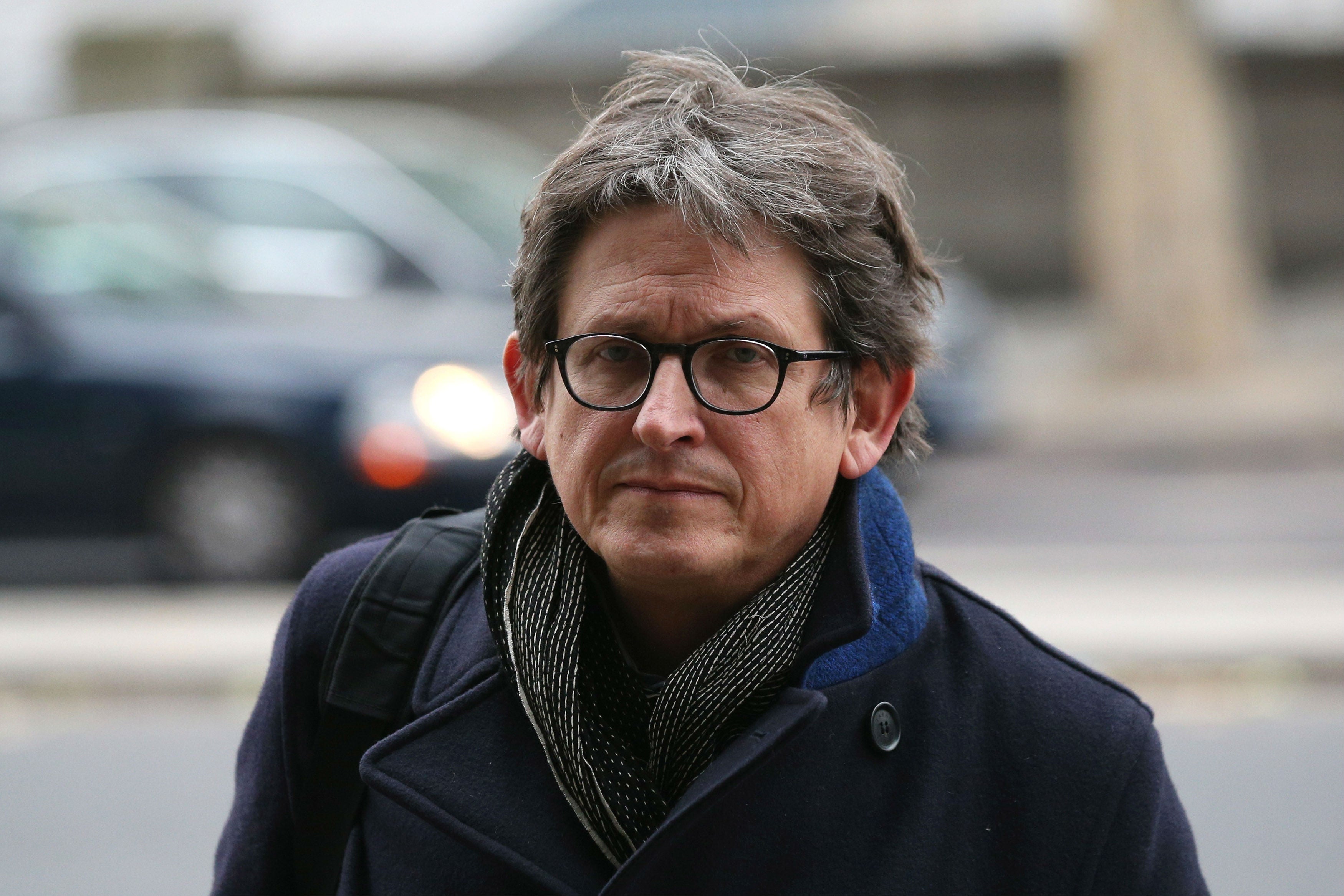 e is the newspaper editor who famously fell out with his source. A decade later, Alan Rusbridger’s personal feelings for Julian Assange, someone he described as “a narcissistic egomaniac”, have changed remarkably little. There is no indication Assange’s opinion of Rusbridger has altered much either.

Yet, as the world awaits a court decision in London that will determine whether Assange, 49, is extradited to the US to face espionage charges that could land him in jail for 175 years, the former editor-in-chief of The Guardian has emerged as one of the most strident defenders of the WikiLeaks founder.

He has said the US’s pursuit of Assange, aided by the British authorities, represents a threat to all journalists, and should alarm anyone concerned about defending free speech.

“[The charges are] for things that were recognisably what journalists do. He had a great story, and he had a great source,” Rusbridger, 67, tells The Independent. “It is dangerous that they are trying to pick him off, and lock him up for a long time, on a story that leaps over any public interest hurdle.”

He adds: “And it’s a shame people got hung up on whether he’s a real journalist, or the other things he does in his life which we may or may not like, and have sort of shrugged their shoulders at protesting the way they’re attacking him for things that journalists do, that will have big implications for journalists.”

Assange’s relationship with The Guardian began in 2007, when Rusbridger says he started receiving documents and information from the Australian hacker. One of those documents allowed the newspaper to publish a story in August that year showing former Kenyan president Daniel Arap Moi had been siphoning off hundreds of millions of dollars and hiding them in foreign bank accounts.

In the introduction to WikiLeaks: Inside Julian Assange’s War on Secrecy, a 2011 book written by two Guardian reporters, Rusbridger says: “Back in the days when almost no one had heard about WikiLeaks, regular emails started arriving in my inbox from someone called Julian Assange. It was a memorable kind of name. All editors receive a daily mix of unsolicited tip-offs, letters, complaints and crank theories, but there was something about the periodic WikiLeaks emails which caught the attention.”

The newspaper did not get special access to perhaps WikiLeaks’ best-known scoop, more than 30 minutes of video footage – headlined “Collateral Murder” by WikiLeaks – showing two US AH-64 Apache helicopters attacking buildings in Baghdad in 2007, then closing in on a group of people. Among the people were children and journalists. “Oh, yeah, look at those dead bastards,” one US airman could be heard to say.

Yet, along with several other newspapers, including The New York Times and Der Spiegel, it did collaborate with the publication of several other major exposés, highlighting the stark reality of the US and its allies’ so-called “war on terror” in Iraq and Afghanistan.

It also worked with Assange on the embarrassing publication of thousands of state department diplomatic cables, revealing the US’s true views of foreign nations, that caused huge unease in Washington.

The information had been passed to Assange and WikiLeaks by the then US army intelligence analyst Chelsea Manning. Manning, who had been based in Iraq, served seven years for leaking the information, much of it in solitary confinement.

The relationship between The Guardian and Assange soured soon after. In what was a very public falling-out, much of the criticism of Assange focused on his purported personality or hygiene problems, something his supporters are critical of Rusbridger for.

By talking about such things, has he undermined Assange’s work?

In 2010, prosecutors in Sweden announced they were investigating two accusations of sexual assault against Assange, one of rape and one of molestation. Assange denied the claims and said they were without merit, but he was arrested by London police and released on bail. Two years later, after the courts ordered he should be extradited to Sweden, he skipped bail and sought political asylum in the Ecuadorian embassy in London, arguing he feared being sent to the US.

In April 2019, after a change of leadership in Ecuador, Assange was no longer welcome at the embassy. He was arrested at the Knightsbridge location by British police, charged with breaching his 2012 bail terms, and sentenced to 50 weeks in prison. Assange told the court he did not want to be prosecuted in the US for “journalism that has won many awards”.

The US charged him with trying to help Manning hack into a Pentagon computer, and a month later added 17 charges of espionage, related to his publication of its actions in Iraq and Afghanistan, events Assange says were war crimes.

Rusbridger, who left The Guardian in 2015 and is now principal of Lady Margaret Hall, at the University of Oxford, says some previous supporters may have lost sympathy for Assange as a result of WikiLeaks’ July 2016 publication of emails hacked from the Democratic Party, that revealed top officials had worked to help Hillary Clinton’s candidacy and undermine that of Bernie Sanders.

It is alleged the Russian government obtained the emails. Donald Trump often praised WikiLeaks during the 2016 campaign.

In January 2019, one-time Trump adviser Roger Stone was arrested by the FBI and charged with making false statements to federal agents. He was sentenced to 40 months in jail, but the sentence was commuted by Trump, who later pardoned him.

Mueller also found evidence of communications between WikiLeaks and Russia’s GRU military intelligence. Mueller said there had been insufficient evidence to charge people.

Rusbridger points out Assange has not been charged with anything relating to the US election, which Trump won, but rather for publishing material about its dark and often deadly activities in distant parts of the world.

“I think that should tell you something,” he says. “Why are they not getting after him for 2016?” He says the Obama administration had clearly taken a decision not to pursue Assange for the release of the “war on terror” material, no matter how embarrassing it had been.

“Trump could have gone after him for something to do with 2016, which on the face of it is more disturbing, but to pick him off for the earlier stuff is the kind of safe way of attacking him.”

Assange’s supporters are often critical of The Guardian’s coverage of him. Among the most controversial was a story published in 2018, claiming one-time Trump campaign manager Paul Manafort had visited the WikiLeaks founder at the Ecuadorian embassy. Both Assange and Manafort have denied any such meeting, and there has never been photographic or video evidence published to support the claim.

Does Rusbridger believe the story is true? “I don’t really want to get into it because I don’t know, and I don’t think is fair for for an editor to comment on what happens after they’ve gone,” he says.

Has he seen any evidence that leads him to think the story is genuine?

“I haven’t followed it that closely. I’ve read what anybody else has read. And I’ve seen this sort of to and fro from both sides.”

Despite his warning that people should not obsess over the question of whether or not Assange is a “journalist”, Rusbridger considers him to be one.

“Obviously he’s more than a journalist. He’s an activist, he’s an entrepreneur,” he says. “He’s a publisher, he’s a businessperson. He’s a whistleblower. He’s got many different identities, but one of them is undoubtedly journalist.”

He adds: “I know that’s confusing because 20 years ago, you were generally a journalist or you were nothing. And now you’ve got people with multiple identities. But I think you have to think in legal terms his identity is a journalist.”

There has been speculation that Trump, chaotically making his way out of the White House having been defeated by Joe Biden, may yet pardon Assange, a further snub to the intelligence community.

Among those urging him to do so has been Stella Morris, Assange’s partner and the mother of two of his children. Noticeably she made one appeal in an interview with Trump Fox News favourite, Tucker Carlson.

Does Rusbridger think it may happen?

“At various points he has teased his admiration for WikiLeaks and teased that he might give him a pardon. You know, trying to try to read Trump’s mind is is a fruitless task. I would be perfectly pleased if he did,” he says. “But it would be great if the US dropped this extradition.”

He adds: “There’s an Australian citizen who happens to be in the UK, who was accused of breaching US official secrecy laws. What happens if there was an Australian citizen who decided to write about Israeli secrecy laws, or the Israeli nuclear project, or Pakistan’s nuclear project or India’s?  Can we imagine we’re going to start extraditing foreign journalists because they’ve infringed local secrecy laws? That’s the nature of the precedent; if that happened, then is any journalist safe from being extradited?”