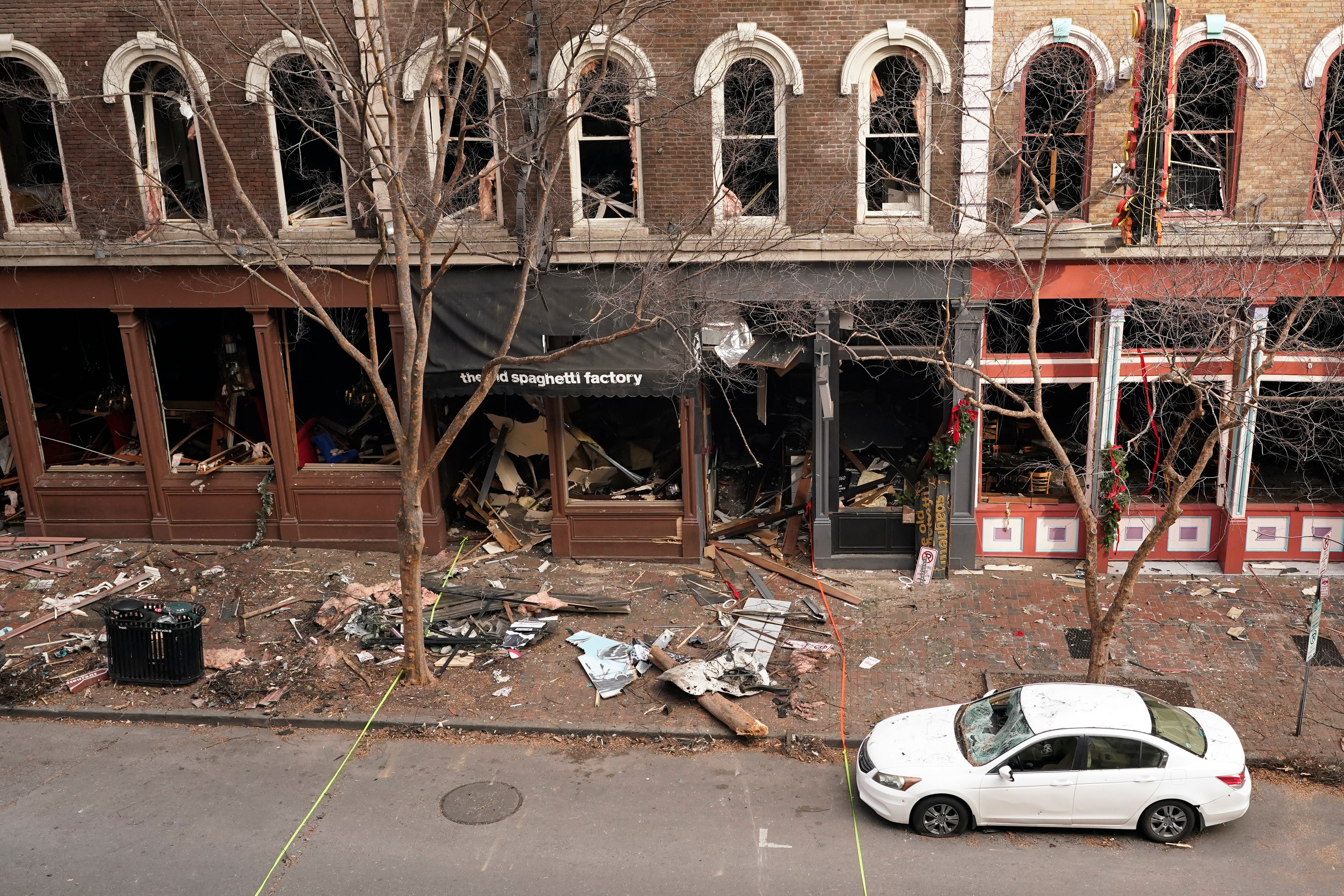 Nashville explosion: Newly released 911 calls capture moments before and after the blast

Fear, confusion and frustration dominated the panicked 911 calls that Nashville residents made on Christmas morning before a bomb planted in an RV rocked the city.

Emergency calls began pouring into dispatchers around the Nashville area just after 6 am.

The earliest callers reported hearing multiple gunshots in the area.

Half an hour after police officers found the RV in the area where gunshots were reported, the vehicle exploded, tearing through the city’s tourist district.

Police have identified Anthony Quinn Warner, 63, as the bomb builder. Authorities believe he was killed in the blast.

Just before the RV exploded, the vehicle played a chilling warning telling anyone who could hear it to evacuate.

One of the 911 calls came from a woman begging for help as her building collapsed following the explosion.

“My entire building just fell down and it’s collapsing. I live at [address] please come. Please come,” the woman said.

While the dispatcher is trying to get the woman’s information, the caller can be heard scrambling to get her things and escape.

Several calls were focused on the unsettling evacuation warning that the RV played in the moments prior to the explosion.

One woman called to ask if the police were the source of the evacuation message.

“We’ve got a recording out here saying there is a limited time to evacuate this area on Second Avenue North, downtown Nashville. Is that you guys?” the caller asked.

The woman said she was panicking because she could hear the warning but was unsure if it was legitimate.

The dispatcher said that they had only received calls about gunshots in the area and was unaware of any evacuation warnings.

Prior to the explosion, numerous callers reported hearing gunshots in proximity to the RV.

One caller said he heard several rounds of gunfire outside his apartment.

“There have been three rounds of gunshots inside the building,” a man tells a dispatcher. “First, about seven or eight minutes ago, and then about five minutes ago.”

The dispatcher asked the man if he wanted to give a statement to officers responding to the scene, which the man declined because he was too scared.

In the days following the bombing, police have learned more about the alleged bomber.

Warner’s neighbor told authorities that the 63-year-old said that “the world was never going to forget him” in the days preceding the explosion.

The Tennessean newspaper reported that Mr Warner’s girlfriend warned the police a year ago that he was a bomber.

The Tennessee Bureau of Investigation has said that Mr Warner was “not on our radar.”

0 0 0 0
Previous : 11-year-old child charged with murder after after woman shot dead in Colorado
Next : There is plenty political capital still to be won and lost over Brexit