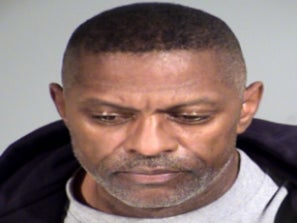 Michael Richardson, 59, who was part of the Bears’ 1985 Super Bowl winning team, was arrested on Wednesday and charged with second-degree murder in connection to the fatal shooting of the 47-year-old Richard Like.

Mr Like was discovered at an intersection in Arizona suffering from a gunshot wound at around 9am on Tuesday by police responding to reports of a shooting.

He was rushed to a local hospital, but died later that day. On Tuesday afternoon, Phoenix police began to investigate the death as a homicide, according to the Arizona Republic.

Richardson, who lives in a gated community in East Mesa, just outside of Phoenix, Arizona, was arrested on Wednesday afternoon and charged with second-degree murder, possession of a weapon by a prohibited person and possession of a dangerous drug for sale.

At the time of his arrest, Richardson was also wanted on a felony warrant, which has been added to his booking charges, according to the New York Post.

Richardson, who played as a Cornerback, was part of the Bears team from 1983 to 1988, then had a brief stint with the San Francisco 49ers in 1989, before retiring later that year.

He was an All-American while playing American football at Arizona State University and was named a second-team All-Pro for the Bears in 1986.

However, Richardson has struggled with drug addiction since retiring and was found guilty of two felony drug counts and received a four-year prison sentence just three years after finishing his playing career.

His troubles continued, and he faced a potential 13 years in prison in 2008 after he was convicted on a drug charge for the 21st time since retiring. He was ultimately sentenced to just a year in prison and a lengthy probation period.

The former American football player has already been arrested twice this year for alleged drug possession, and faced time in prison in 2018 after he was accused of theft and possessing meth, crack cocaine, and heroin.

In 2010, ESPN reported that Richardson had a deep dependence on drugs that started when he was just 13-years-old.

Richardson is due to appear in court on 6 January on the warrant charge and is currently being held in Maricopa County Jail without bail.

0 0 0 0
Previous : What will change with Brexit from 1 January 2021?
Next : Confusion over Brexit customs rules forces retailers to suspend Northern Ireland deliveries