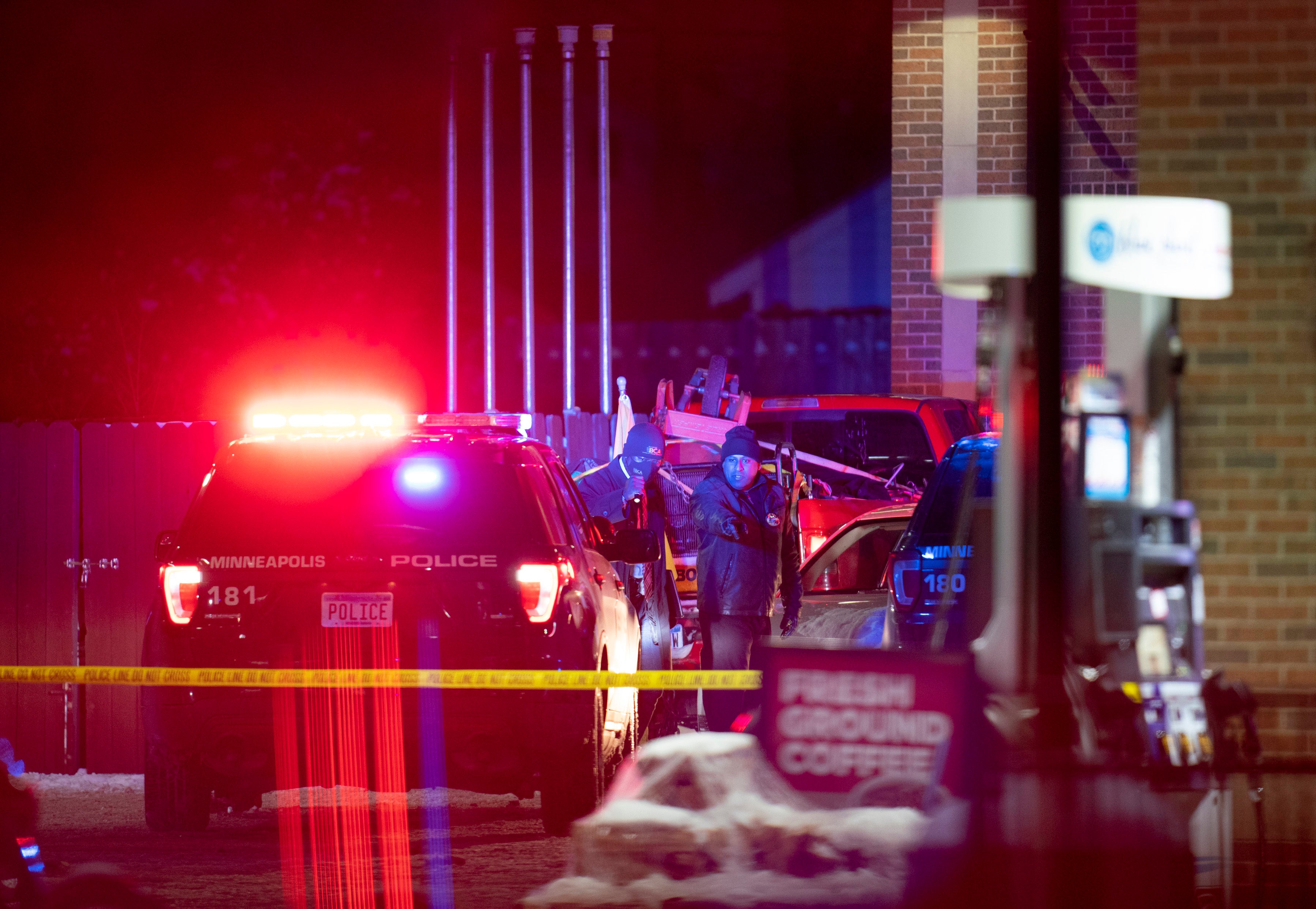 Minnepaolis police fatally shot a man after an exchange of gunfire during a traffic stop late on Wednesday, in what was the first killing by an officer from the department since the death of George Floyd.

In a press briefing on Wednesday night, Minneapolis Police chief Medaria Arradondo said that the fatal shooting occurred during a “traffic stop involving a felony suspect” at around 6:15pm.

Mr Arradondo added: “Initial witness statements indicate that the subject involved in this felony stop fired first at Minneapolis police officers who then exchanged gunfire with the suspect.”

He said that the “subject of the stop was pronounced dead at the scene”, but confirmed that the officers were unharmed. An adult female passenger was also unharmed in the incident.

The Bureau of Criminal Apprehension has been asked by the department to help with the investigation. The identity, race and background of the man killed are not yet known, according to Reuters.

Mr Arradondo confirmed that the officers’ body cameras were turned on during the incident, and revealed that the footage will be released by the department on Thursday.

“I want our communities to see that so they can see for themselves,” he said during the press briefing on Wednesday evening.

Mr Arradondo asked that until the footage is released, “please allow me, the (state) investigators, allow us the time, let us get the evidence, get the facts, so we can process this.”

In response to the incident, a group of protesters gathered outside a petrol station near the location of the shooting and chanted at police and officers wearing riot gear, according to the Associated Press.

“We want to do everything we can to protect everyone’s First Amendment rights to freely assemble and demonstrate but I say again, we cannot allow destructive criminal behavior. Our city has gone through too much”, the chief said in reference to the protests.

Wednesday’s shooting was the first killing by an officer from the department since the death of unarmed Black man George Floyd, who died while in the custody of Minneapolis police officers on 25 May. The incident took place less than a mile from where Floyd died earlier in the year, according to the authorities.

Floyd’s neck was knelt on by then Minneapolis police officer Derek Chauvin for close to nine minutes during the incident in May. The officer has subsequently been charged with second-degree unintentional murder and second-degree manslaughter.

Mr Chauvin and the three other officers involved in the incident were fired from the department and are scheduled for trial in March 2021.

The death sparked protests in every state in the US in opposition to police brutality against African Americans, and Black Lives Matter demonstrations took place in Minneapolis for several months following the incident.

Minneapolis mayor Jacob Frey released a statement late on Wednesday, in which he said he was working with Mr Arradondo to get information on the shooting.

“Events of this past year have marked some of the darkest days in our city,” the mayor said.

He added: “We know a life has been cut short and that trust between communities of colour and law enforcement is fragile…We must all be committed to getting the facts, pursuing justice, and keeping the peace.”