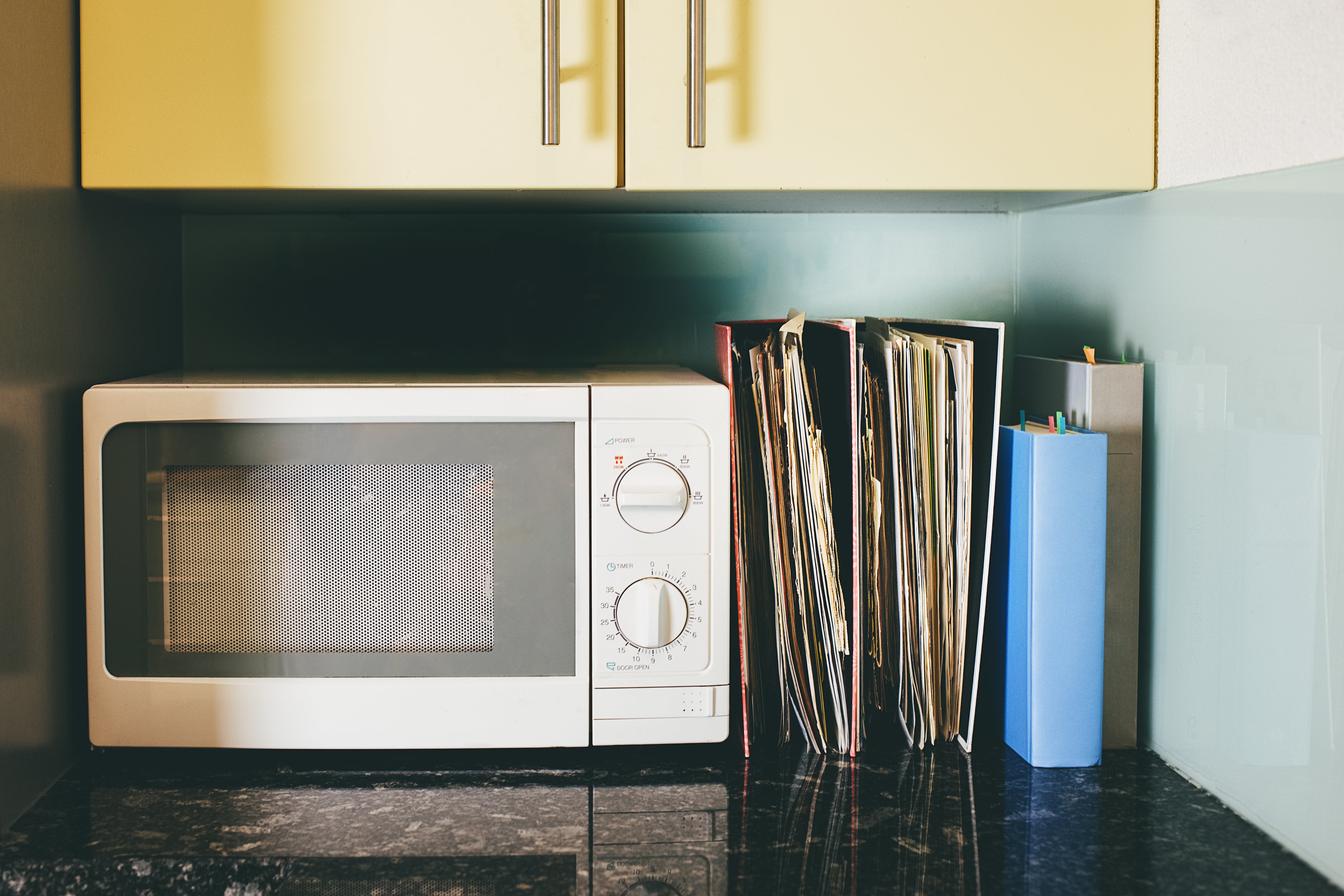 When Diana’s ex-husband was put on furlough in March, he told her he would no longer pay child support for their 16-year-old son. The financial impact on Diana, who is disabled and lives on benefits in Bangor, was immediate and devastating – £400 a month gone.

“It was like a nightmare,” Diana, 44, tells The Independent over the phone.

Having suddenly lost a huge chunk of her income, Diana had to apply for a loan when she needed to buy a sofa during lockdown. Although she’d borrowed using credit cards before, she’d never had to use a rent-to-own lender.

Diana is one of an estimated one million people who has resorted to high-cost borrowing to make ends meet during the pandemic, according to research by debt charity StepChange, who told The Independent this type of borrowing “propels people towards persistent and unmanageable debt”.

She opted for BrightHouse, taking on a high-interest loan due to her low credit score. Soon after, BrightHouse went bust (“When I heard the news, I hoped they’d let me have it for free!” she jokes on the phone.)

Instead, the high-interest lender has left her in debt. Meeting the high weekly payments  during the pandemic – with more than 100 per cent interest – has been “really hard” and stressful for the lone parent.

In subsequent months, her microwave, cooker and fridge all packed it in.

This time, she went with a not-for-profit lender after a friend suggested Fair for You, an affordable alternative to the rent-to-own market. The charity-owned company offers low interest loans to people excluded from mainstream credit, and disproportionately serves women and single parents.

A survey of the company by the Centre for Responsible Credit earlier this year found that the affordable lender has helped an estimated 71 per cent of its customers move away from high cost credit. CfRC director, Damon Gibbons, told The Independent that the lender was unique in its field, as while there are other low-interest lenders, they issue cash loans rather than focussing on the rent-to-own market.

He noted BrightHouse’s collapse as an important factor in the company’s rise in loans over the pandemic, as well as people needing white goods for their homes as services such as laundrettes closed in lockdown.

Mr Gibbons added: “Although some of its customers have struggled with repayments due to lost income during the pandemic, Fair for You never adds late payment charges and has been able to offer customers the time and space to recover. That help has been greatly appreciated, and our interviews and surveys found it to have a fiercely loyal customer base.”

Diana bought a replacement microwave from Fair for You, joining thousands of others who have purchased household items from the lender since the pandemic began – many for the first time.

The company has observed a particularly steep rise in loans for cheaper household goods, like microwaves and vacuum cleaners, which have more than tripled since March. The rise appears to be in response to the collapse of high-interest creditors like BrightHouse as well as people’s finances being hit by the pandemic.

StepChange recently showed that household borrowing and arrears connected to the pandemic have surged by 66 per cent since May, with 5.6 million people affected. The research found nearly a third of UK adults (29 per cent) have experienced a negative change of circumstance due to the pandemic, including unemployment or redundancy, or being furloughed on a reduced salary.

According to data shared exclusively with The Independent, Fair for You loans for microwaves more than tripled this year, with the company granting 425 for the appliance between March and November 2020, compared to 96 over the same period last year.

As well as microwaves, loans for vacuum cleaners have surged since spring, with 2,074 loans issued since March compared to 493 the previous year.

This steep rise in demand for lower cost items reflects rising poverty to require support for the purchase of these goods, the charity-owned company suggested. Overall, Fair for You reported loans for household goods doubled over the first national lockdown – an increase far exceeding the company’s annual growth rate.

When BrightHouse went bust in March, Julie was at a loss. The 52-year-old grandmother from Birmingham has been on disability benefits since the mid-2000s, and has relied on loans from the high-interest rent-to-own company to help buy appliances for her home.

Like Diana, she was worried that her credit rating – which has been low since she lost her home and was forced to file for bankruptcy in 2006 – would mean she wouldn’t be accepted for other loans, especially as payday lenders and other high cost creditors began to tighten up their requirements because of fears low-income customers wouldn’t be able to pay them back during the pandemic.

After seeing a post in a Facebook group suggesting Fair for You, Julie decided to give the not-for-profit company a go. She needed a new vacuum cleaner – Julie has osteoarthritis in all major joints, plus sciatica, which makes cleaning very difficult. The grandmother described having to hoover with the old model while disabled as “making her life a living hell”.

Since going into administration in March, BrightHouse are still charging her interest on payments owed, including late fees.

“If you’ve gone into [administration], you cannot charge people late fees,” Julie says. “You have to understand, people are losing their jobs, you’ve got to be considerate of them – at the end of the day, at least they’re paying.”

A spokesperson for BrightHouse’s joint administrators at Grant Thornton UK LLP said that they are “continuing to honour the hire purchase agreements customers entered into prior to the administration”, but urged any customers facing financial difficulty in light of the Covid19 pandemic to contact the BrightHouse customer care team to discuss possible relief measures.

The administrators said that they have been engaging with customers to maintain payment relief measures where necessary, including offering a “breathing space period” for those experiencing hardship as a result of the virus.

Adam Butler, public policy manager at StepChange said: “Our research has found that of the 15 million people whose finances have been negatively affected by Covid-19, more than one million have used a least one form of high cost credit. This type of borrowing increases the payment pressure on already overstretched budgets and propels people towards persistent and unmanageable debt.

“With so many people having fallen on hard times through no fault of their own during the pandemic, we need to see urgent action to help financially vulnerable households through this period of economic dislocation. In the short term, it’s vital the £20 uplift to Universal Credit is kept beyond March 2021. In the longer term, we are asking the government to consider creating a no interest loan scheme to stem the rising tide of unsustainable borrowing.”

Sarah Gardiner, Head of Growth Strategy at Fair for You said: “Covid-19 has left many people with reduced incomes, particularly our main customer groups of women and lone parents.

“There’s been a contraction in the availability of affordable credit since the Covid crisis but, because Fair for You is bucking that trend, we’re receiving unprecedented levels of applications.”

She said the company is growing but needs more investment in order to meet surging demand from low income families.

Ms Gardiner added: “Our biggest fear is that customers that we’re unable to serve will be driven into the arms of high cost providers – including an expanding black market of unregulated lenders.”

There are concerns that predatory lenders are cashing in on the financial insecurity wreaked by the coronavirus crisis, with reports of doorstep lenders visiting people in their homes to collect payments even as infections soar.

Illegal money lender investigators said it was difficult to get a clear picture of the situation at present, as it takes an average of nearly three years for victims to report being targeted by a loan shark. It may be 2023 before investigators have a real idea of how many illegal loans were taken out during the pandemic.

0 0 0 0
Previous : Newspaper editor who ‘spectacularly’ fell out with Julian Assange says he should not be prosecuted for ‘doing what journalists do’
Next : ‘No logic’ in government’s Covid school closure list