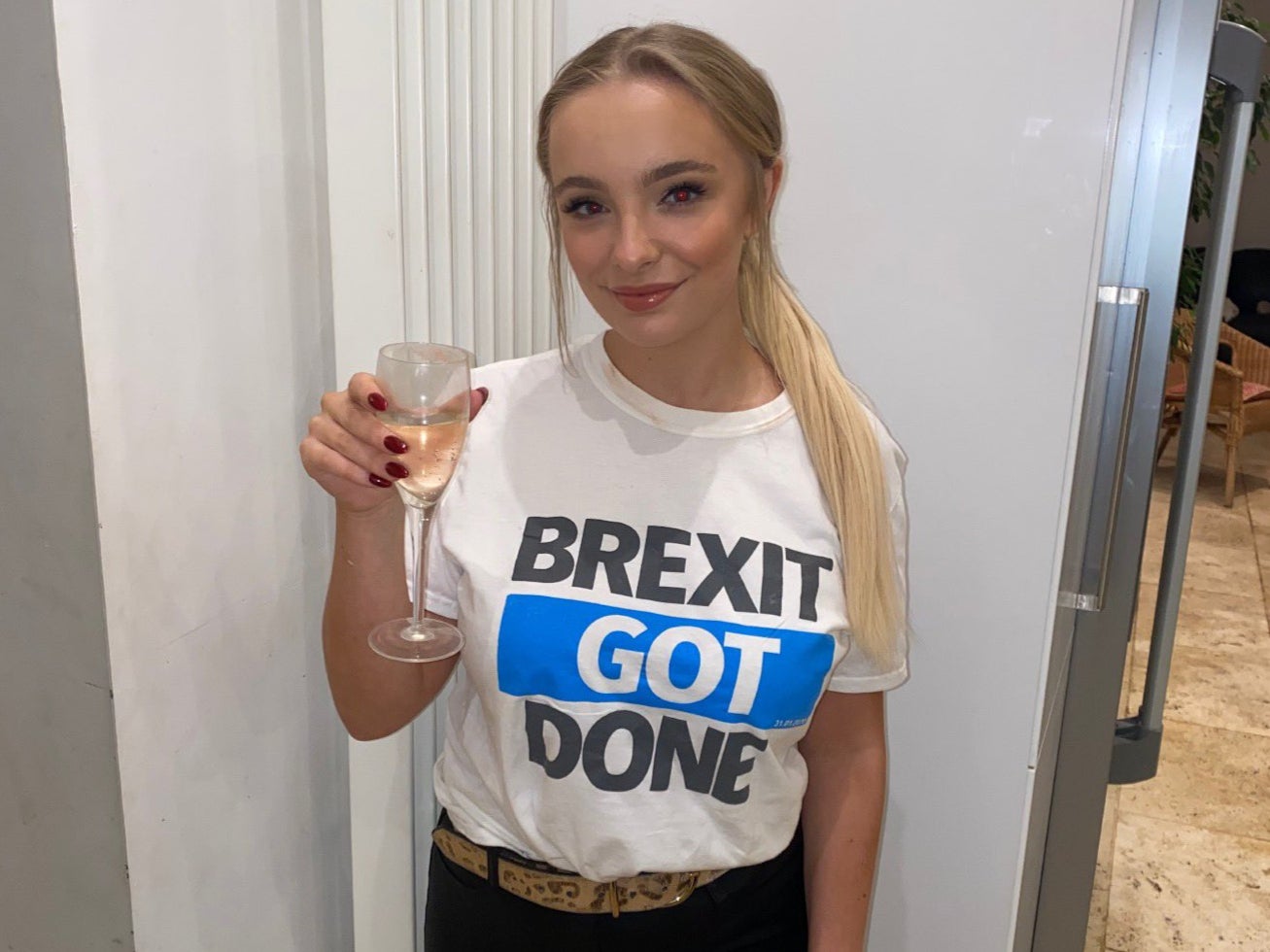 There will be none of the triumphant scenes, such as those in Parliament Square marking the UK’s political exit from the EU back in January, but Brexit supporters are determined to mark the moment the long, messy process finally becomes real on New Year’s Eve.

Four-and-a-half years on from the referendum, Britain will exit the EU’s single market and customs union at 11pm on Thursday night.

In no mood to find fault with the last-minute trade deal struck by Boris Johnson, Brexiteers told The Independent they will happily celebrate the final outcome at home.

Former UKIP deputy chair Suzanne Evans – a former favourite of Brexit figurehead Nigel Farage before the pair fell out – said her own festivities will involve a bottle of “the beautiful Winbirri English sparkling wine”.

Lance Forman, a former Brexit Party MEP, has thought very, very carefully about his choice of drinks to mark the big moment at 11pm. “I shall pour myself two glasses of fizz – one French champagne and the other English sparkling. First, I shall drink the French to say goodbye and then the English, to say hello.”

Emily Hewertson, a Brexit backer who rose to social media fame after appearing on BBC’s Question Time, said she wasn’t fussy about the origin of her tipple – and would open a bottle of Moët while breaking into patriotic song. “I’m gutted that we can’t celebrate in style due to Covid, but I will be popping open a glass of champagne and will have a gold old sing to Rule, Britannia,” she said.

On her choice of French champagne, she added: “We can still enjoy our shared European culture whilst being patriotic and celebrating a regain of sovereignty. It will no doubt be followed by the best hangover cure of all in the morning – a full English.”

Dr David Bull, another former Brexit MEP, said he would stick with British booze. “I’ll certainly raise a glass – I think I’ll have some English sparkling wine or some very nice British gin, which I’m fond of.”

The TV presenter added: “I’m not happy about everything in the deal, but I was strangely emotional when it got done. I, and a lot of others, have made sacrifices for this. We succeeded against the odds. And I don’t think without the Brexit Party we would have got to this moment.”

What about the Brexit Party’s leader? Mr Farage was quiet on his plans for New Year’s Eve. His unwillingness to kick up a stink about the trade deal has helped set the tone for No 10 over the past week, and he said Brexit supporters are entitled to “celebrate” their victory (despite his own preference for a no-deal crash-out).

Joe Porter, a Conservative party councillor in Staffordshire, is more enthusiastic about Mr Johnson’s “amazing” deal. The Tory politician said he would be getting his oven gloves this evening out to bake something a union jack flag on it. “It will definitely be a patriotic-looking celebration cake,” said Mr Porter.

David Foxx, a 40-year-old Brexit supporter from Manchester, added: “It will be a quiet one because of Covid, obviously – but I’ll definitely be popping a bottle of expensive champagne I bought before last October. It’s been left uncorked waiting for the day we finally leave.”

Europhiles mourning the big moment this evening may wish to look away now: Ms Evans says Brexiteers might wish to celebrate again in the summer, so long as Covid restrictions ease.

“There’s always 23 June, the anniversary of winning the referendum, to dig the posh frocks from the back of the wardrobe,” she said. “God help us if we can’t all party again by then.”

0 0 0 0
Previous : Coronavirus UK update live: Latest news as police warn over NYE parties
Next : The Trump Presidency – Part One: The inauguration and a crowd size row