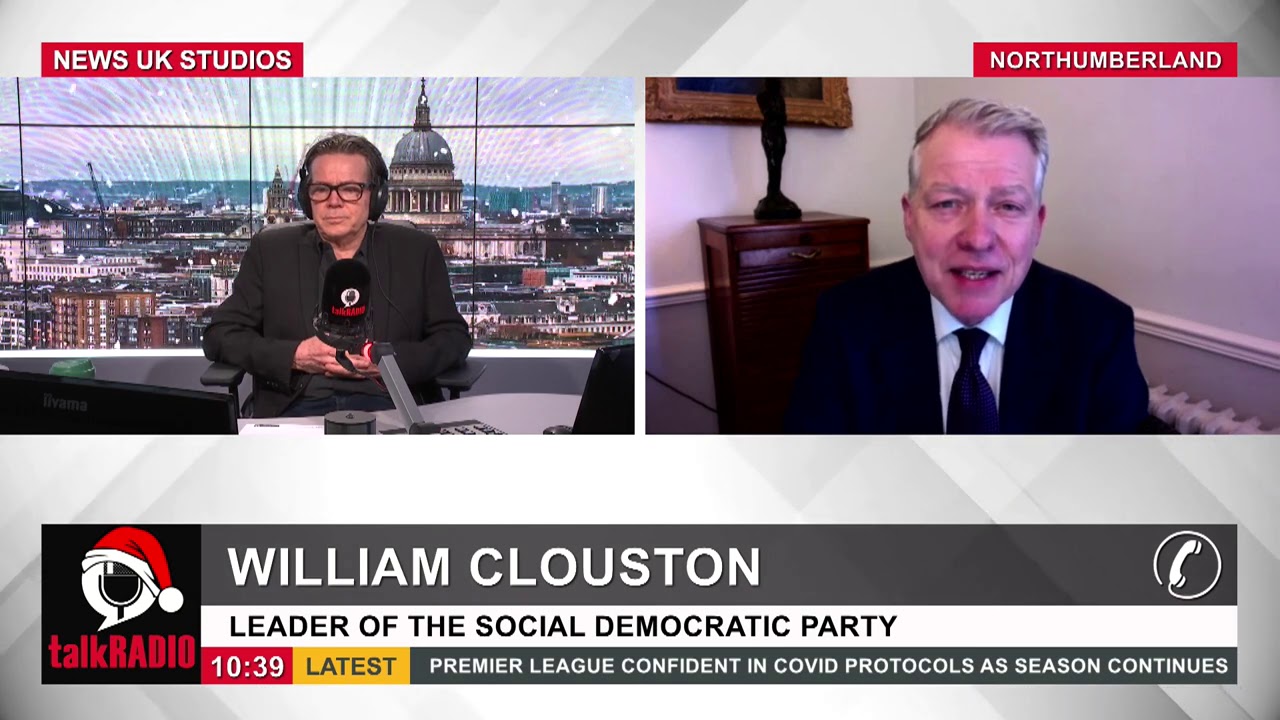 William Clouston, leader of the Social Democratic Party, says the UK should be “very proud” for delivering Brexit in a “victory for democracy”.

Speaking with talkRADIO’s Kevin O’Sullivan, he said: “In terms of votes against the EU project…Every single occasion previously the vote was either ignored or flipped.

“The vote we had in 2016 was the first time ever that a vote against the project has been honoured.”

Boris Johnson’s Brexit deal will take effect at 11pm tonight after clearing the Commons in just one day.

0 0 0 0
Previous : The Trump Presidency – Part One: The inauguration and a crowd size row
Next : ‘Everything changed on my way to a giant Wetherspoons in Cardiff’ – four years reporting on the Brexit wars