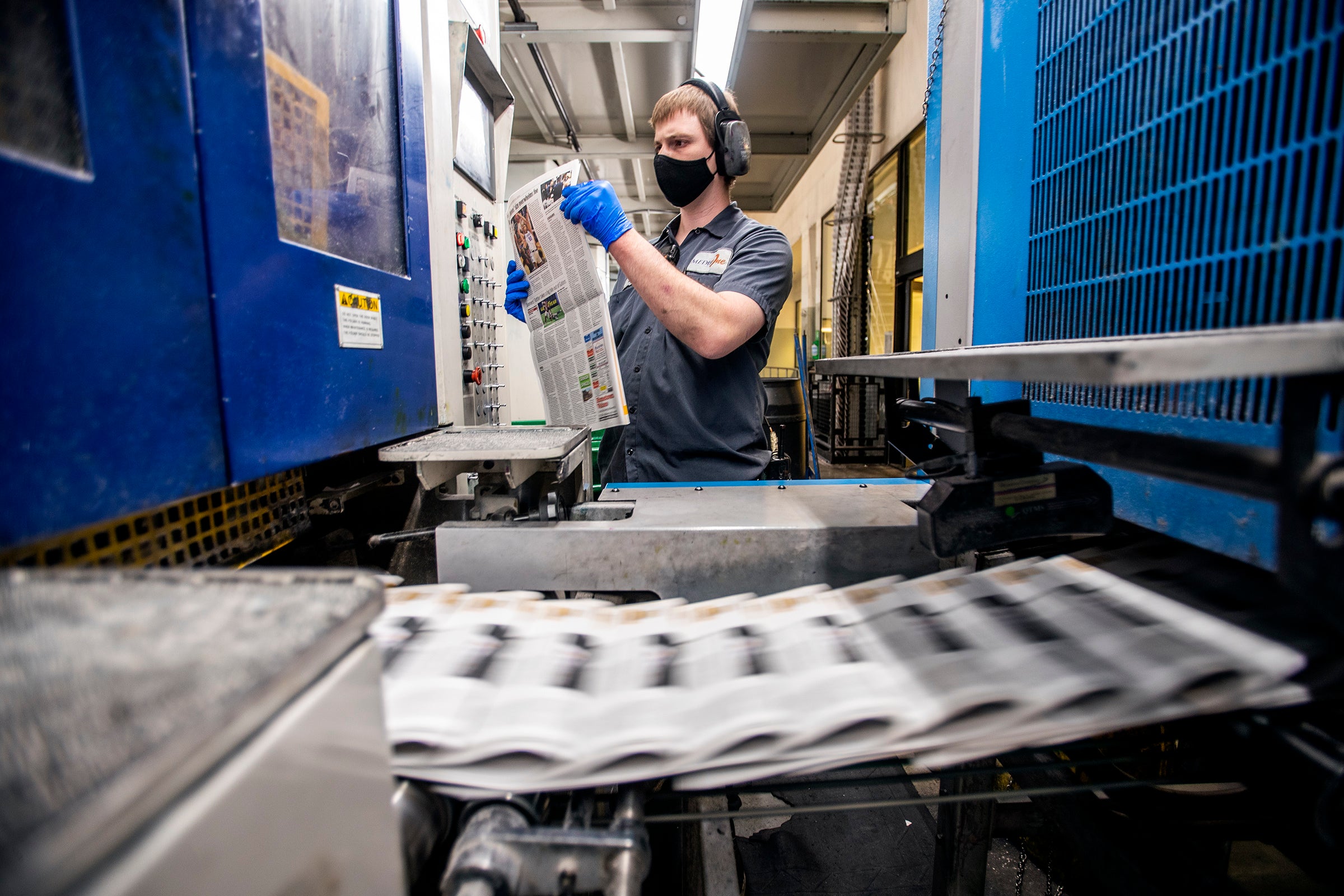 Salt Lake City’s two major newspapers have printed daily editions for more than a century, but now the presses will only be whirring once a week as they join other news organizations nationwide in shifting their focus online to stay afloat.

The Salt Lake Tribune and Deseret News printed their final daily newspapers Thursday as they joined others like the Tampa Bay Times and the Arkansas Democrat-Gazette that made the same decision in response to declining print and circulation revenues that have upended the industry and led to a new era of journalism.

The Tribune, which won the Pulitzer Prize for local reporting in 2017, will continue to publish breaking stories online every day but do only one print newspaper each week on Sunday. The newspaper had printed daily for 149 years.

The Deseret News will also post news stories daily on its website, print one newspaper every weekend and also offer a monthly magazine, which will debut in January. The newspaper had printed papers daily throughout its 170-year history.

The newspapers announced they would stop printing daily in October.

The Tribune’s new weekly publication is expected to showcase the reporters’ best enterprise work and in-depth stories, as well as obituaries and expanded editorial content.

“It won’t be exactly the same. And we hope you think it is better,” the paper wrote in a statement. “We assure you that our commitment to the news hasn’t wavered.”

Last year, Paul Huntsman shepherded the Tribune into becoming a nonprofit in hopes of ensuring its long-term viability amid declining newspaper revenues nationwide. He cited continued declines and economic upheaval related to the coronavirus pandemic when he announced the decision to newsroom staffers, calling it a painful but necessary concession.

The decision also ends a joint operating agreement with the Deseret News, which is owned by the state’s predominant faith — The Church of Jesus Christ of Latter-day Saints. The agreement, once common when many cities had two newspapers, had the two publications cooperating on printing, delivery and advertising but not stories.

The Deseret News is named after the territory’s early title. The newspaper was born three years after pioneers arrived in 1847.

The newspaper has worked to expand its digital offerings for a decade, appealing to church members and others outside the state, and now its digital readership is nearly 500 times greater than the number of local print subscribers, said Jeff Simpson, its president and publisher.

Deseret News Editor Doug Wilks said the publication will continue its “national leadership role as the watchdog of the family and of faith in the public square.”

“Change is never easy, particularly when you’re changing a readership habit,” he wrote in a statement. “But our commitment to providing a strong news report with fresh commentary, analysis and opinion remains constant.”