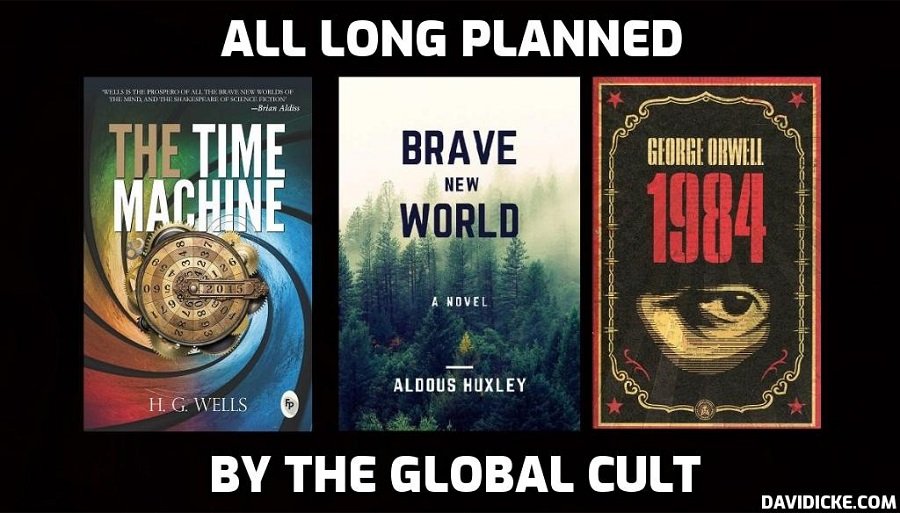 In the Time Machine, society one million years in the future has evolved into two separate species called Morlocks and Eloi. The Morlocks represent the ugly dirty producers who by this future age, all live under ground and run the world’s manufacturing. The Eloi are the effect of the inbreeding of the elite, who by this time are simple-minded, Aryan, above-ground dwellers living in idleness and consuming only what the Morlocks produce. What was the trade off?

The Morlocks periodically rise above ground in hunting parties to kidnap and eat unsuspecting Eloi in this symbiotically vicious circle of life.

This famous story was written by a young British writer in 1893 whose ideas and pioneering work in shaping new techniques of cultural warfare which profoundly affected the next 130 years of human history. These ideas led to the innovation of novel techniques of “predictive programming”, and to mass psychological warfare. In contrast to the optimistic views of mankind and the future potential envisioned by the great science fiction writer Jules Verne earlier, Wells’ misanthropic tales had the intended effect of reducing the creative potential and love of humanity that Verne’s work awoke.

To restate the technique more clearly: By shaping society’s imagination of the future, and embedding existential/nihilistic outcomes within his plotlines, Wells realized that the entire zeitgeist of humanity could be affected on a profound level than simple conscious reason would permit. Since he robed his poison in the cloth of “fiction” the minds of those receiving his stories would find their critical thinking faculties disengaged and would simply take in all trojan horses embedded in the stories into their unconsciousness. This has been an insight used for over a century by social engineers and intelligence agencies whose aim has always been the willing enslavement of all people of the earth.