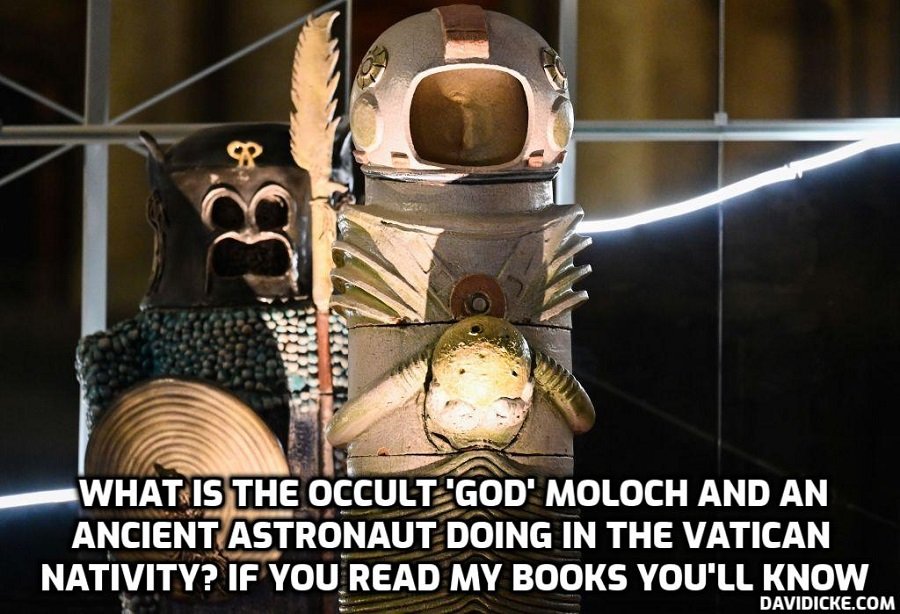 The Vatican unveiled its official Nativity scene in St. Peter’s Square on Friday evening, surprising some with its depiction of an astronaut and another figure wearing a Darth Vader-esque helmet coming to adore the Christ child.

The Nativity set was made between 1965 and 1975 as part of a 54-statue collection created by students and teachers of the “F.A. Grue” Art Institute in Castelli, a town in Italy’s Abbruzo region that was known for its ceramics as early as the eighth century B.C. According to a Vatican press release, the Nativity scene is an ode both to contemporary art and to Abruzzo’s cultural history. Since 2012, the scene has highlighted artists and materials from a different part of Italy: Recent years have included a terracotta Nativity and one made of sand.

Contemporary cultural figures like this year’s astronaut have often been included in the Vatican’s Nativity scenes, which have been displayed in St. Peter’s Square each year since 1982. This is not the first time one has raised eyebrows: In 2017, the set included a nude male figure meant to represent clothing the naked, a work of mercy. Because of the terracotta figure’s sculpted muscles and glazed finish, some compared it to a “Ken doll.”

0 0 0 0
Previous : Near-death experiences (the continuation of eternal consciousness)
Next : California today – America and the world tomorrow: What the One-percent-funded Wokers have done to the ‘Golden State’ and plan to impose everywhere