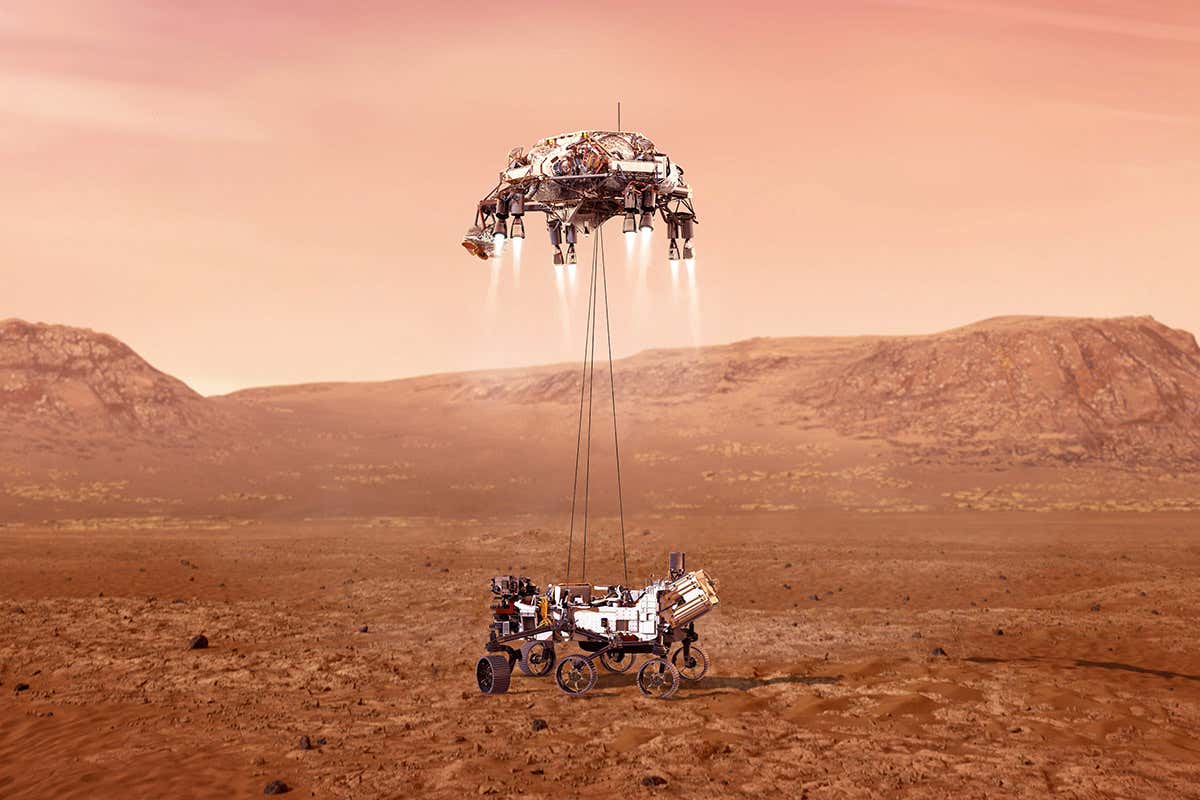 For the first time in history, the landing of a spacecraft on Mars might be “heard” in an unusual way – by the seismic waves it produces as it punches the surface of the planet.

The ears in this scenario are built into NASA’s InSight lander, which touched down in a region called Elysium Planitia on Mars in 2018. Since then, the stationary lander has been using instruments to study the planet’s geology, including a seismometer to detect seismic waves, and has found hundreds of seismic events known …

0 0 0 0
Previous : David Icke: Thoughts on a crazy world
Next : David Icke – Wembley Arena 2014 – the End of NORMAL and the Virtual Reality Universe