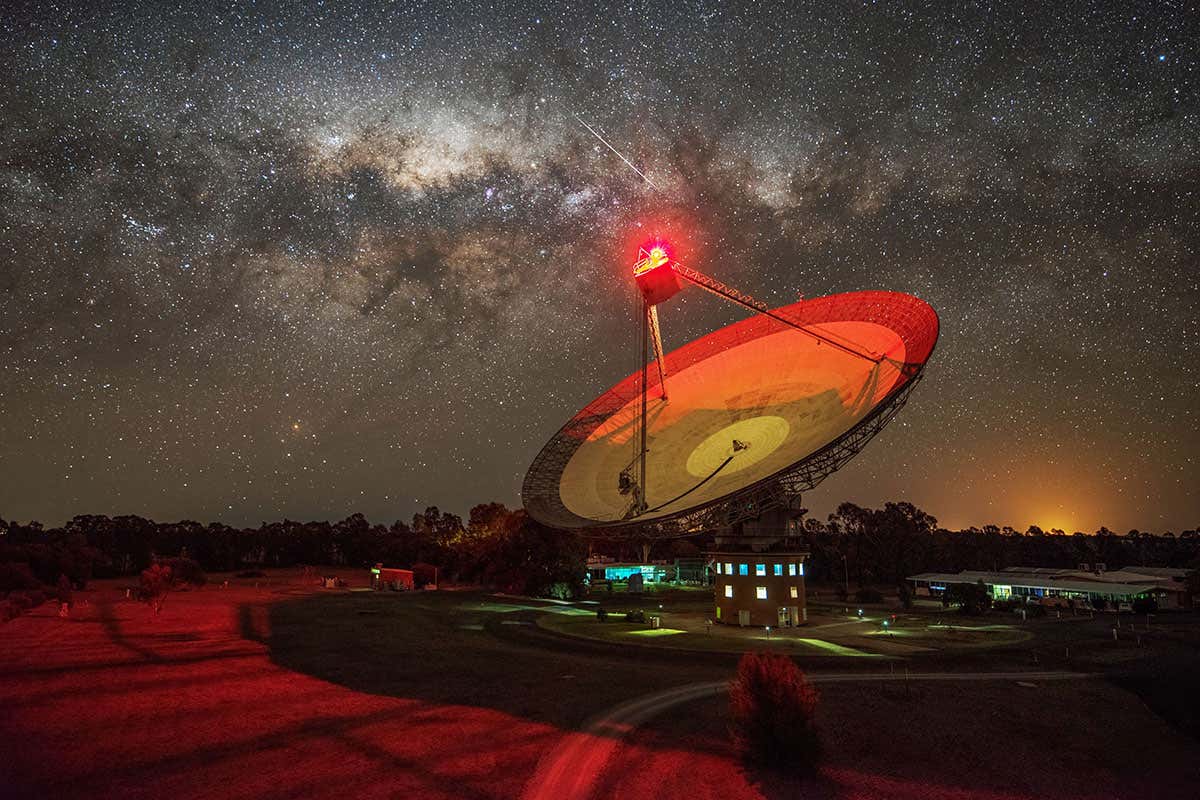 Astronomers have spotted what may be the strongest candidate yet for an alien signal. Researchers at the Breakthrough Listen project have found an unusual beam of radio light coming from around our nearest neighbouring star, Proxima Centauri, according to a report in The Guardian on 18 December.

Any purported discovery of aliens always has to be taken with scepticism. That is especially true in cases where a signal appears to be a possible technosignature, a sign of alien technology rather than simply life beyond Earth. The Breakthrough Listen team has been extremely cautious about this find. “No one is claiming it’s a technosignature,” tweeted Pete Worden, chairman of the Breakthrough Prize Foundation.

In fact, the researchers aren’t claiming much about it at all. News of the signal came to light by a researcher speaking to The Guardian before the scientific paper on it has been published – the data analysis isn’t yet complete, so nobody can be sure exactly what this strange radio beam is. All we know so far is that it is peculiar.


“The Breakthrough Listen team has detected several unusual signals and is carefully investigating,” Worden tweeted. “The strongest and most persistent are all from Proxima.”

The team detected several signals while examining data gathered by the Parkes Observatory in Australia in a 2019 search for stellar flares from Proxima Centauri. Nearly all of the signals flagged by Breakthrough Listen’s algorithms as potential extraterrestrial beacons turned out to be from human-made technology like satellites – except for one.

This odd signal lasted about 3 hours and was concentrated in a very narrow range of wavelengths – a range that isn’t generally used by our satellites and spacecraft. It was the first signal to pass through Breakthrough Listen’s first round of checks, which are mainly designed to weed out signals that actually originate from Earth. The researchers have named it Breakthrough Listen Candidate 1, or BLC1.

However, Worden urged caution and stressed that the Breakthrough Listen team still believes these signals will turn out to be radio interference from Earthly technology, rather than contact from an alien civilization. All previous signals the team has detected have been quickly explained by Breakthrough Listen’s first round of tests, but the researchers will have to run additional checks they have never used before on this new signal, says Jason Wright at Pennsylvania State University. They are running those checks now.

If it is truly a signal from Proxima Centauri, that is interesting not only because it is our solar system’s nearest stellar neighbour at just 4.2 light years away, but also because we know that it has at least two planets.

“Proxima is also neat because some people have speculated that if there is a lot of technology in the galaxy and if you wanted to communicate over long distances, sending the signal directly is a pretty inefficient way to do it,” says Wright. “It’s like how if I call you on the phone, my mobile phone is not directly sending your phone a radio signal.”

The idea is that advanced aliens would be more likely to set up a network that could look somewhat like an interstellar cellphone system, with many interconnected nodes relaying messages across the galaxy. “If extraterrestrial civilisations are doing that, we wouldn’t expect to get a lot of signals from distant stars, we’d expect to find them from nearby stars,” says Wright.

We will know whether BLC1 is just Earthly interference in the next few months, after Breakthrough Listen researchers run more tests and officially publish their investigations. Even if they rule out interference from our own satellites or spacecraft, astronomers will run through many other possible explanations before they conclude it is aliens. The team will be keeping a close eye on our closest neighbour.

0 0 0 0
Previous : YOUR NEXT MAYOR OF LONDON: Why I Am The Only Viable Candidate For Mayor Of London – Brian Rose
Next : McDonald’s Restaurants Are Putting Cameras, Sensors, and AI Technology in Their Dumpsters – David Icke