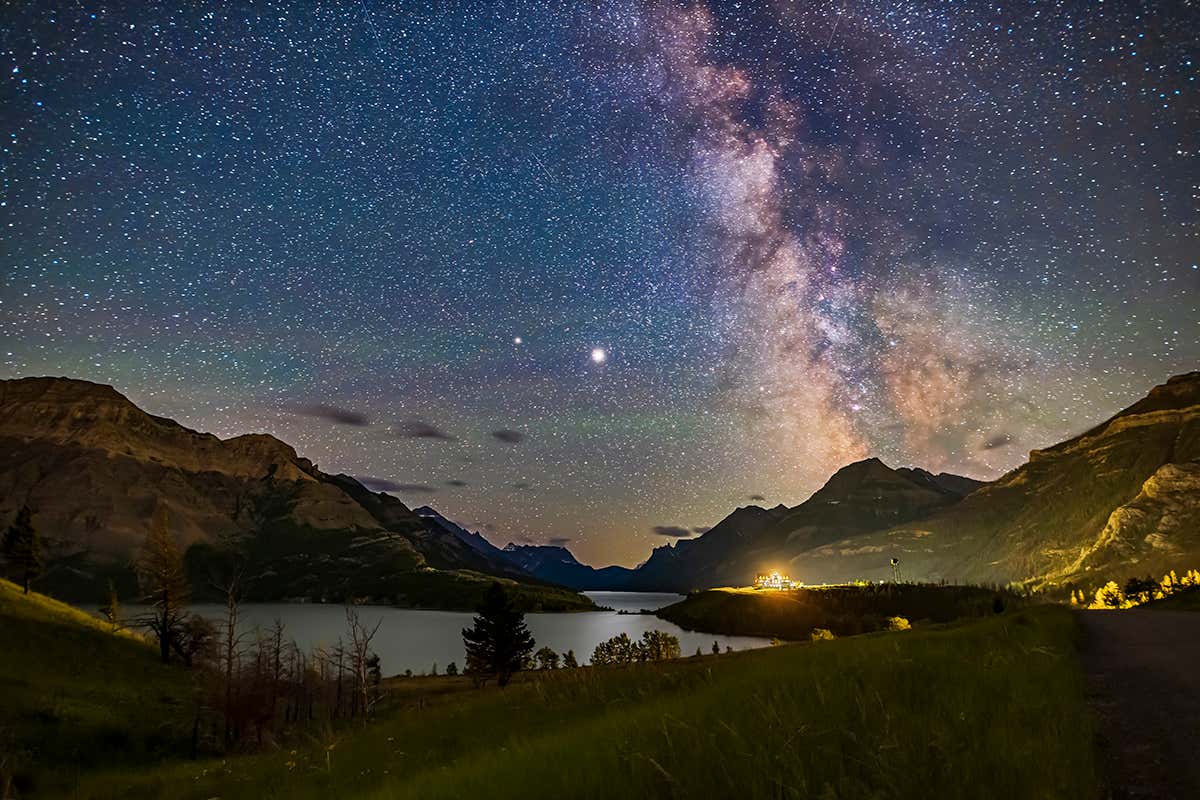 Get ready for 21 December 2020, when the “winter solstice great conjunction” of Jupiter and Saturn brings them closest in the night sky since 1623

Tonight, stargazers across the world will be treated to an event that only happens once every 19.6 years, on average. On 21 December, the winter solstice, Jupiter and Saturn will appear in the same place in the night sky in an event called a great conjunction.

These two so-called gas giants of our solar system, which are usually bright enough to see with the naked eye even from the light-polluted heart of a city, will align, as seen from Earth, to look like one extremely bright planet. This year, the pair will be just 0.1 degrees apart in the sky, making it the closest such event since 1623. For reference, the diameter of the full moon in the sky spans around 0.5 degrees as we see it from Earth. The next time these planets will be visible this close together in the night sky will be the year 2080.

Jupiter and Saturn are the most distant of the planets that can be seen easily with the naked eye. Uranus is only visible this way in particularly dark skies, and you always need binoculars or a telescope to see Neptune.


Because Jupiter and Saturn are the furthest from the sun of all the naked-eye planets, they orbit the slowest. It takes almost 30 years for Saturn to do a lap of the sun, while Jupiter takes about 12. This is why conjunctions between the two are the rarest of those between all the easily visible planets.

Where to look for the great conjunction

While the event itself takes place on 21 December, the planets will be close in the sky in the days leading up to it and afterwards. To see the conjunction, look south-west as soon as the sun sets and find the brightest thing you can see. Because the timing coincides with the winter solstice, the shortest day of the year in the northern hemisphere, sunset will be early. Jupiter and Saturn will be low in the sky and will set quickly, so make sure you have a good view of the western horizon to catch them.

If you have a pair of binoculars to hand, the two will be visible as separate planets. Saturn will be above and to the left of Jupiter in the northern hemisphere and below and to the right in the southern hemisphere.

But if your binoculars are powerful enough, a minimum magnification of seven, you might even catch a view of Jupiter’s four Galilean moons. In the northern hemisphere, two of these, Callisto and Ganymede, will be on the left of Jupiter. On Jupiter’s right, much closer to the planet, you could see Io and Europa. In the southern hemisphere, the moons will line up in the opposite direction to this.

For stargazers with a telescope, if you can spot the planets before they dip too low on the horizon, the view will certainly be worth it and it isn’t something you will be lucky enough to see often: Saturn, its rings and some of its moons along with Jupiter, its Great Red Spot and Galilean moons, all visible at once.

These articles are posted each week at newscientist.com/maker

0 0 0 0
Previous : ‘The disease is not existing’ – says German virologist Christian Drosten who developed the fake ‘protocol’ for the PCR test to ‘detect Covid’ and is being taken to court for crimes against humanity for doing so
Next : YOUR NEXT MAYOR OF LONDON: Why I Am The Only Viable Candidate For Mayor Of London – Brian Rose