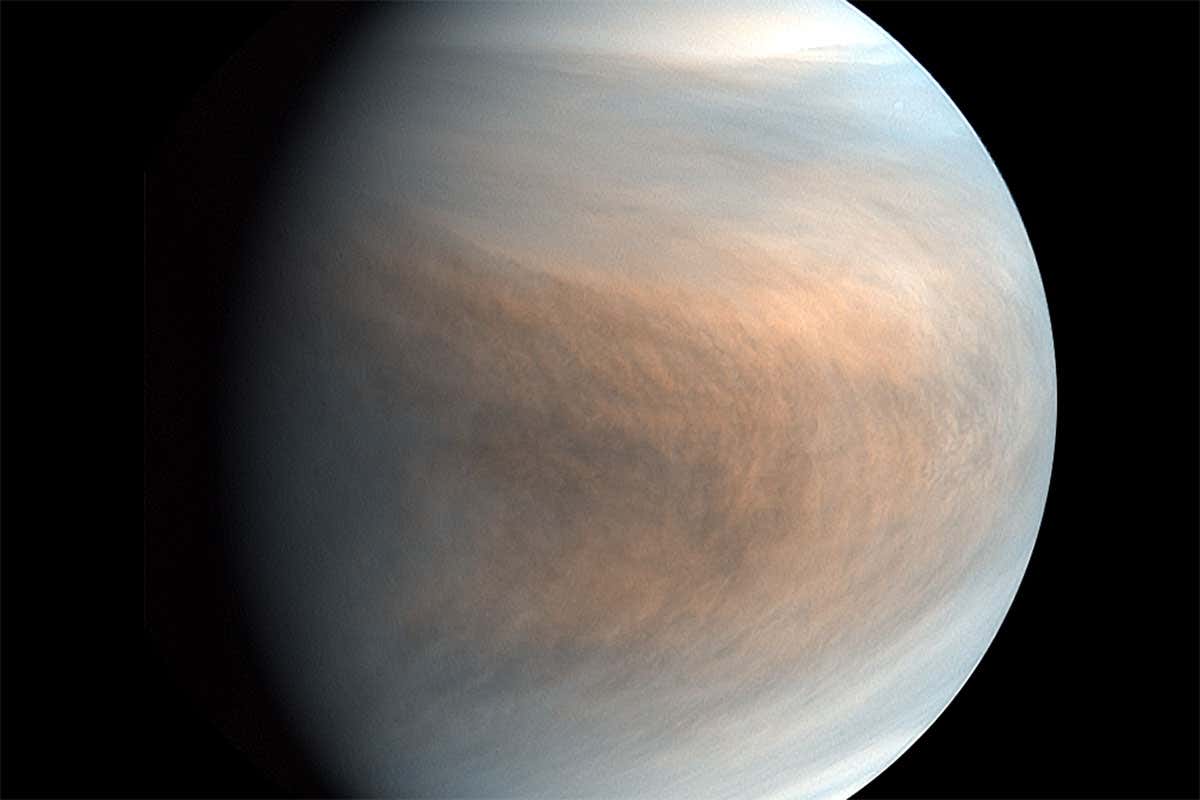 2020 in review: The hunt for life on Venus continues

Clara Sousa-Silva spent most of 2020 sitting on a huge secret – the apparent detection of phosphine, a potential sign of life, on Venus. She tells New Scientist what it felt like and what comes next

ONE of the biggest news stories of 2020 was the apparent sighting of phosphine in Venus’s atmosphere. On Earth, this gas is only produced by living organisms, and there seems to be no other way to make it on Venus, so this was interpreted as a sign that life may be floating in the Venusian clouds. New Scientist spoke with Clara Sousa-Silva at the Harvard-Smithsonian Center for Astrophysics, who was part of the team involved in the discovery.

Leah Crane: How did you get involved with this team?

Clara Sousa-Silva: At the end of 2018, I had just submitted a paper on phosphine with a body of evidence that it was associated with biology and was potentially detectable on exoplanets. A few months after that, Jane [Greaves at Cardiff University, UK, the leader of the collaboration] reached out to say: “Hey, we think we found it on Venus.”


How did you react?

I did freak out a little bit, but primarily I was very cautious. I did want to find phosphine, I did expect it to be found eventually, but I didn’t have any hopes that it would happen in my lifetime.

You and your colleagues made an enormous list of the possible ways phosphine could be made on Venus if it wasn’t coming from living things. What was it like figuring out that none of them could explain the observations?

You make this list so long, you think surely you’re going to run out of things to consider. And yet it’s so hard to prove a negative, to prove that nothing but life could have created this gas. You’re searching in this dark space of possibilities, trying to shine a light in every corner and hoping that you’re able to light up everything, but you can’t tell when the room ends.

What was the public reaction like for you, after keeping this a secret for so long?

I went through stages of thinking that this would be a really big deal, and then thinking: “Clara, it’s a big deal for you, but the world is a big place. This is not a priority for people. There’s a pandemic, there are elections and revolutions, California is on fire.” And then it turned out it was a very big deal that lots of people were excited about.

Other research is now questioning your results. Is that dispiriting?

I’m glad we’re not doing this alone any more and there are so many people using disparate analyses to look at the same data. It’s exactly how science is supposed to work. This is all positive, but right now my main feeling is impatience: I want to know the truth, and I want to know it right now! But that’s not how it works.

How will you feel if it turns out that phosphine isn’t in Venus’s atmosphere after all?

Even if it’s not there, at least people know about phosphine and they will consider it as a potential sign of life. I hope this will be an era of thinking about more molecules that could be associated with life – not just the obvious ones associated with life that’s familiar and pleasant, but also life that’s different from us, that we avoid, that smells bad or lives somewhere horrible.

We’re working on getting more data that will tell us if phosphine is there, and where and how variable it is. These questions will be answered in the near future.