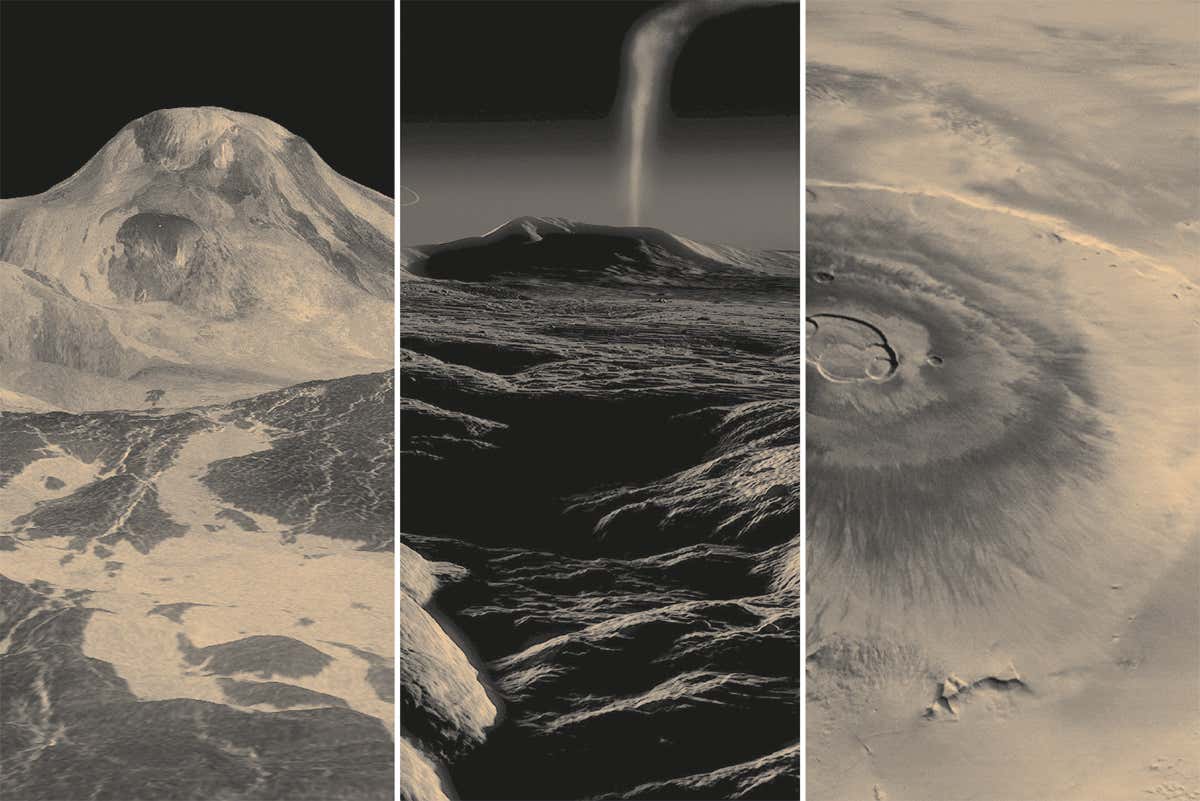 There are weird volcanoes everywhere we look in the solar system

Bizarre volcanoes that ooze ice magma or explode like geysers reveal the geological rumblings beneath other worlds. Some might even provide the spark for alien life

ONE OF the most exciting moments of my life was when I stood on the summit of Kilauea volcano in Hawaii looking out over its crater. I was several kilometres from the edge, but I could see orange liquid bubbling and sputtering inside. I was awed by the extraordinary power inside this planet of ours – capable of turning rock to liquid.

Kilauea is just one of many impressive volcanoes. About 60 have erupted on Earth this year alone. Before we had the ability to explore beyond Earth, many assumed that this planet was where it stopped; that you could never stand atop an active volcano on another world in this solar system because they just weren’t out there. The rest of our solar system seemed geologically dead.

We now know that is far from true, and have evidence that volcanism exists beyond Earth in strange forms and in the most unexpected places. There are plumes spurting into space around Saturn and ice volcanoes on Pluto. Even lumps of rock in the asteroid belt produce their own unusual brand of lava. Finding these fascinating features – and how they came to exist – gives us a window into the innards of the solar system’s most mysterious worlds.

There is more at stake than extreme geology. There is a consensus that a source of energy is required to kickstart the chemistry essential for life and, on Earth, a prime candidate for that is volcanic activity, particularly at the bottom of the ocean. So, if volcanoes are common across the cosmos, does that …

0 0 0 0
Previous : Arecibo Observatory telescope in Puerto Rico collapses after 57 years
Next : Heat inside Mars may have melted ice and made watery habitats for life