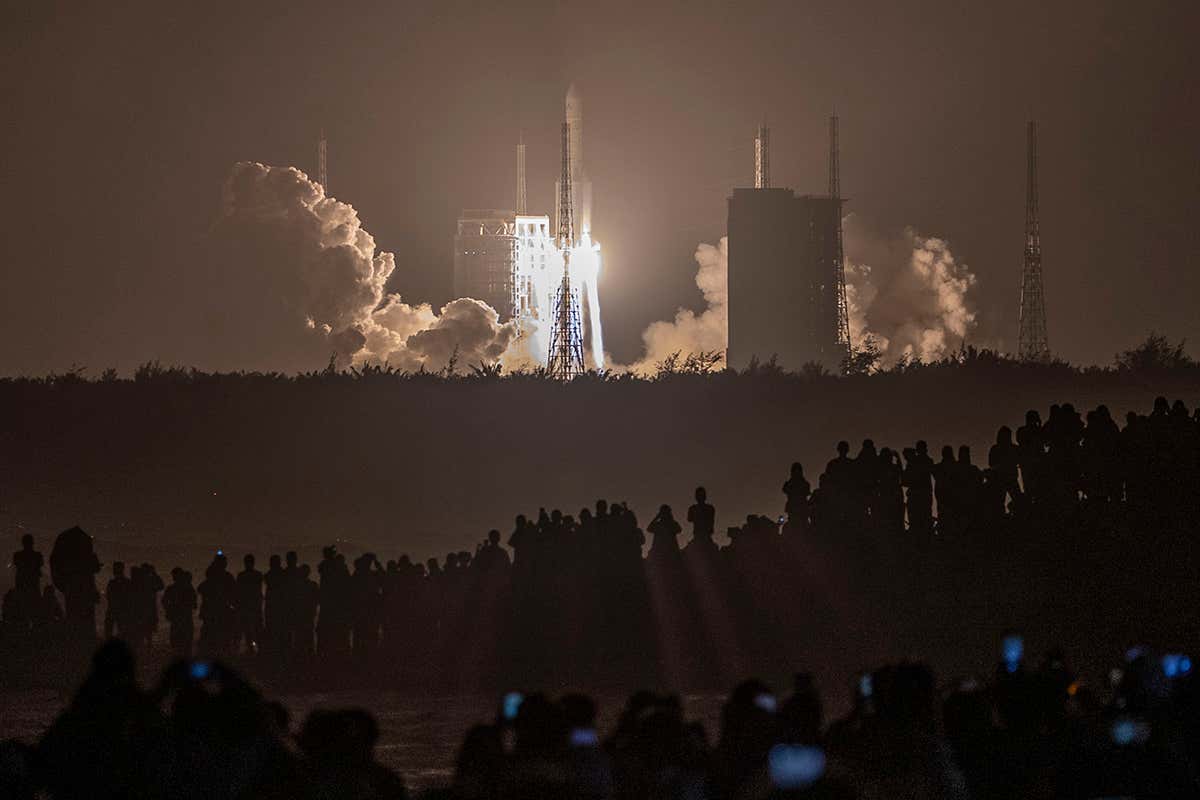 WHEN it comes to space exploration, China has long taken third place. The cold war’s space race saw the US and the Soviet Union vying for firsts – satellite, human in orbit, landing on the moon – and left few records for China to claim.

That changed last year, when its uncrewed Chang’e 4 spacecraft made the first landing on the far side of the moon. Among other experiments, it contained a “lunar garden” of seedlings that went on to host the first plants (that we know of) to germinate on another world.

The Chang’e missions, named after …